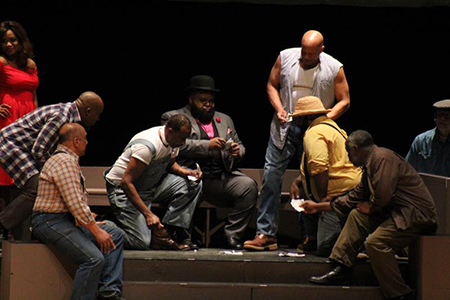 Susan Davenny Wyner’s conducting complemented the theatrics with an excellent musical flow, and kept singers and instrumentalists together. In keeping with the Gershwins’ sophisticated intentions, the chorus, well prepared by Jon Simsic, skillfully combined with and supported the soloists. 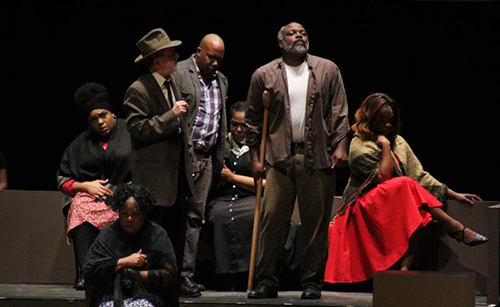 As Porgy, bass Jonathan Stuckey led the impressive cast with a refined vocal timbre and understated movement, making his role as a cripple truly genuine. His Act 2 performance of I Got Plenty of Nothin’ absolutely sparkled. As Bess, soprano Rhea Olivaccé exhibited an especially lovely middle to high range with velvety hues. Her vivacious stage presence underlined Bess’ vacillating nature, and her Act 3 duet with Stuckey in I Love You Porgy was stunning.

Baritone Brian Keith Johnson brought a strong voice, sardonic energy, and vigor to the role of Crown. His stature and physical presence seemed just right for a strong and brutal stevedore used to having his way with women. 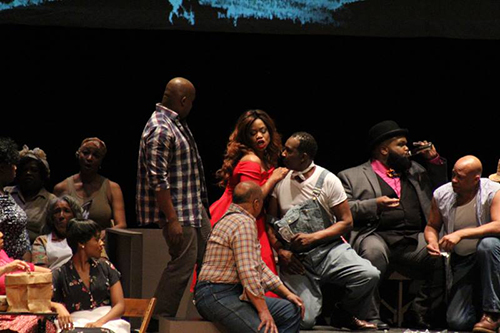 Played by tenor Matthew Jones, the local dealer Sportin’ Life supplies Crown with drugs before the craps game that opens the opera. Jones’ broad stature belied his lively agility for dancing, and his light timbre was perfect for depicting a duplicitous swindler. His vivid rendition of It Ain’t Necessarily So was exceptional, as was his Act 3 performance of There’s a Boat That’s Leaving for New York. 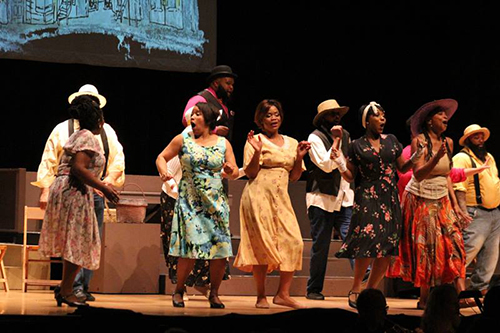 Crown is a sore loser and stabs the character of Robbins with a cotton hook, killing him. Retribution comes in Act 3, Scene 1, when Porgy catches Crown trying to steal Bess away and kills him. Porgy’s smoldering rage at being ridiculed as a cripple has finally boiled over. The two murders, one at the beginning and one near the end, lend balance to the opera. 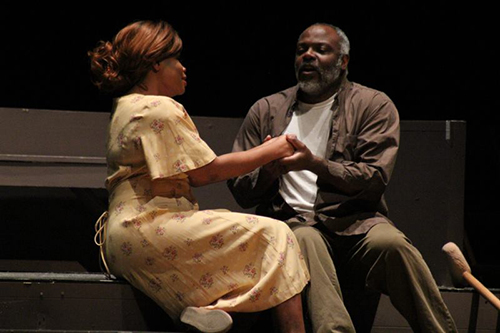 In an ironic twist, when Porgy returns from a short stay in jail, he discovers that Bess has run away to New York with Sportin’ Life. The opera closes as Porgy hurriedly leaves to catch the missing pair. The futility of life on Catfish Row leaves the audience shocked. 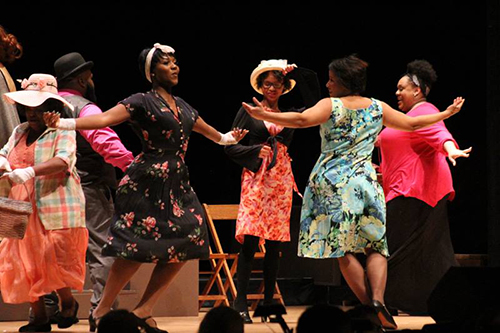 As Mariah, the matriarchal cook-shop owner, Mazhorell Johnson shone among the sopranos, and had the best diction. Soprano Charlene Canty, as Serena, brought power and clarity to her performance. Soprano Amber Monroe, as Clara, opened the opera with the first of several performances of Summertime, holding her baby for this wistfully beautiful version. 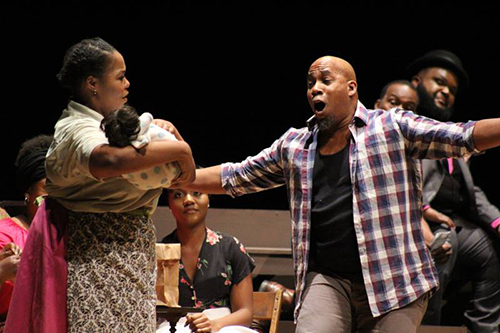 The haunting qualities of Summertime and Bess, You is My Woman led Gershwin to use each several times. The rest of the cast did a fine job with the smaller roles, and Davenny Wyner’s efforts to delineate Gershwin’s interesting counterpoint and fine orchestration added luster to the score.

END_OF_DOCUMENT_TOKEN_TO_BE_REPLACED

The strings-only work by Berg has made relatively frequent appearances on the Orchestra’s programs. In 2021, the musicians recorded it for the In Focus series, and it appeared again on last year’s European tour. Friday’s rendition maintained the group’s characteristic light and effortless playing, each section blending as much as possible to echo the work’s original form as a string quartet. At fifteen minutes total, the piece is quite short, but the dense encoded musical meanings require some extra-attentive listening. Splitting up the three movements ensured that each one could be appreciated on its own. END_OF_DOCUMENT_TOKEN_TO_BE_REPLACED