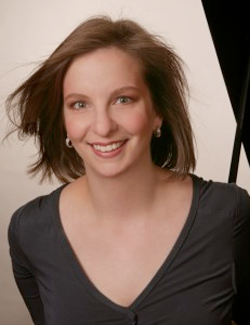 “What a genius this guy was,” pianist Orli Shaham said about Mozart and his Piano Concerto No. 12 in A, K. 414. “He just could not run out of ideas. In all of the traditional places in this piece where you would expect a certain theme to show up, he always puts in a different theme — it could be based on the same premise, but somehow it sounds new. For any other composer, just one theme would have been enough to make the entire piece.”

On Friday, May 6 at 6:30 pm at Shaker Heights Country Club, CityMusic Cleveland Chamber Orchestra will hold a benefit con cert under the direction of Avner Dorman. The program will feature Orli Shaham in a performance Mozart’s Piano Concerto No. 12, as well as Dorman’s After Brahms — 3 Intermezzos for Piano.

“I’ve had a great relationship with Avner for many years. He gave me a call and asked if I was available, and although it was going to be a really busy week, we moved all of the mountains and everything came together,” Shaham said. “I’m so looking forward to working with him and not only playing the Mozart concerto, but also playing the piece he wrote for my CD Brahms Inspired.

Shaham said that the CD explores music that inspired Brahms, as well as works of his that have inspired others. In addition to Brahms, the two-disc album includes works by Bach, Schubert, Schumann, Chopin, and Schoenberg, as well as commissioned pieces by Bruce Adolphe, Brett Dean, and Dorman.

Speaking about those commissions, Shaham said, “I think it’s kind of incredible how the pieces couldn’t be more different. Avner’s is particularly interesting: he sent the 3 Intermezzos one at a time, but he didn’t tell me the first two were going to be paraphrases of specific Brahms works: Op. 118, No.1 and Op. 119, No. 1. The third is totally his own work.”

The pianist described the first intermezzo, “Allegro con molto appassionato,” as being like a nuclear explosion. “It took me a few minutes of looking at the score, but I realized that the top and bottom lines are like those of Op. 118, No.1, although the rhythms are distorted. In the middle he put in this little chromatic kernel which propels the piece. It’s sort of like the decay of uranium: bit by bit, the piece spins out of control from the center until there’s this incredible explosion, after which all that’s left is that kernel. It’s so complex and so layered for such a short piece.”

Describing the second piece, “Delicatamente con molto espressione,” Shaham said, “There’s a great deal of dissonance in Op. 119, No. 1, and Avner takes exactly what Brahms has done, extending the harmonic meaning of tonality, but pushes it quite a few steps further. Brahms takes it to a 13th-chord and Avner takes it to a 27th, which is kind of an unknown commodity — but he captures the character so well. In the middle section Avner makes a connection to the popular music of today, which is quite similar to what Brahms would have done in his day.”

Shaham said that the third intermezzo, “Adagio espressivo,” is stunningly beautiful in the way that it captures Brahms’s inner tension, causing listeners to get lost in Dorman’s intensely personal world.

In addition to her busy performing and recording career, Orli Shaham is passionate about the Baby Got Bach concert series, which she founded in 2010. The interactive concerts feature hands-on activities followed by performances that encourage audience participation and develop listening skills. Shaham said she realized a series like this was needed when her three-year-old twin boys were too old for the “mommy and me” music classes but still too young to attend more serious concerts.

“Generally speaking, the three-to-six age group was not being ‘marketed to,’ if you want to use that term. You always hear linguistic studies saying that the best time to learn a new language is before the age of six. Well, music is a new language and there’s no question that kids who are exposed to it at that age grow up understanding it. It doesn’t mean they’re going to become musicians, but it does means they will be able to grow up accessing and understanding the music around them because they will have a feel for the language.”

Shaham finds that curating Baby Got Bach is a great creative outlet for her and the musicians who collaborate on the series. “I just had a meeting with a puppeteer, who happens to be a classically trained pianist, so he understands music quite well, and he’s so creative with these magical-looking puppets. For our next show, we’re putting together something that will go along with Korngold’s Much Ado About Nothing suite. It’s our own storyline but it works well with the puppets. We have a percussion show where we teach the kids Steve Reich’s Clapping Music — we show them that your hands are percussion instruments that you always carry around with you. We’ve hit on some collaborations like this which have been musically and artistically satisfying for me, and I think also for the other musicians.”

When asked how she manages being a working mother with a career, she insists she is no different from anyone else. “In my case it happens to have these unique components, but it’s not fundamentally any different. The truth is that anybody who is a dedicated parent and also has a career knows exactly what this balance is all about. Every parent tries to do their best for their kids, while also not totally neglecting their own personality and career and life. It’s something we all deal with in some way.”