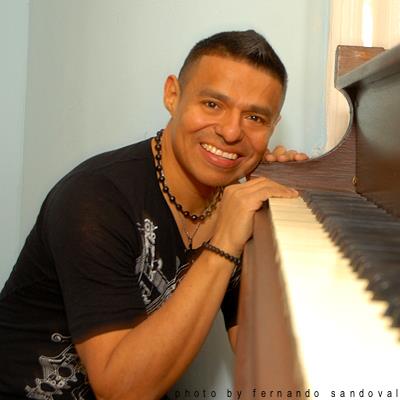 Two-time GRAMMY Award-nominated pianist and contemporary jazz master Benito Gonzalez combines a long lineage of American jazz traditions with rhythms from around the world. His sound is recognizable for the powerful rhythm section and Afro-Latin patterns he prioritizes across his projects, working with luminaries from across the spectrum of jazz.

I caught up with the Steinway Artist by telephone and began our conversation by asking him what he thought when Piano Cleveland approached him about the gig with Jackie?

Benito Gonzalez: I thought it was a great idea. In my career, I play a lot with drummers, percussionists, horn players, and bass players, but I don’t get to play solo as often as I would like. So when Piano Cleveland approached me to play a duo concert with Jackie I was thrilled, because playing with her is a joy.

Mike Telin: How did you meet Jackie?

BG: I met Jackie at Night Town — it must have been in 2017 or 18. We talked and would jam together, and it felt good. I really liked the way she played, and I liked her attitude toward music.

We’re going to play some popular tunes and of course we’ll be improvising. We’ll also play some ballades. It’s going to be fun.

MT: When did you start playing piano?

BG: I started music when I was three. I played drums t and then guitar, and then organ at my church — piano came after all of that.

The church where I was the organist got a piano for me and I was able to translate what I was doing on the organ to the piano.

MT: When did you discover Jazz?

Jazz came way later. One of the first recordings I heard was Chick Corea Return to Forever, then I discovered some Latin guys like Chuccho Valdez. Then I discovered John Coltrane, McCoy Tyner, Herbie Hancock.

When I discovered Jazz, I realized that I could make a living by playing the piano — I didn’t know I could do that.

MT: What prompted you to come to the United States?

The Cultural Ambassador from the U.S. to Venezuela was basically the person who brought me to this country. I met him at a jazz club I was playing at in Caracas back in the 90s.

My band did some concerts at the Indigenous schools, and we made a recording. And when he came back to the U.S. he asked if I wanted to come and give some concerts here. And that’s how I moved from Venezuela to the U.S.

Back then I wasn’t really attracted to being outside of Venezuela. I knew that I could play the piano, and I had done some touring in Europe. But I was 19 or 20 at that time and I had no real intentions of moving.

But when I came to the US and heard some of the piano players I realized that I needed to stay and study, and learn music properly.

MT: How do you approach performing with musicians you have never met?

If I’m going to play with musicians I have never played with, I will have heard them play and I know that they have the same direction in jazz that I have.

You can’t say that jazz is just jazz — there are many different ramifications of it. So when you find somebody who understands your direction in jazz, you give them a call because you know that from the first note the song is going to take flight.

MT: Can you explain what it is to be “in the groove?”

That is tough. But it’s like making a salad — if you put in an ingredient that doesn’t get along with the other ones it’s not going to taste good. For example, if you put blue cheese on a Caesar salad it’s not going to work. And in music you need to have the right musicians to make the groove come to life.

Click here to read a Downbeat.com profile of Benito Gonzalez.

END_OF_DOCUMENT_TOKEN_TO_BE_REPLACED

The strings-only work by Berg has made relatively frequent appearances on the Orchestra’s programs. In 2021, the musicians recorded it for the In Focus series, and it appeared again on last year’s European tour. Friday’s rendition maintained the group’s characteristic light and effortless playing, each section blending as much as possible to echo the work’s original form as a string quartet. At fifteen minutes total, the piece is quite short, but the dense encoded musical meanings require some extra-attentive listening. Splitting up the three movements ensured that each one could be appreciated on its own. END_OF_DOCUMENT_TOKEN_TO_BE_REPLACED