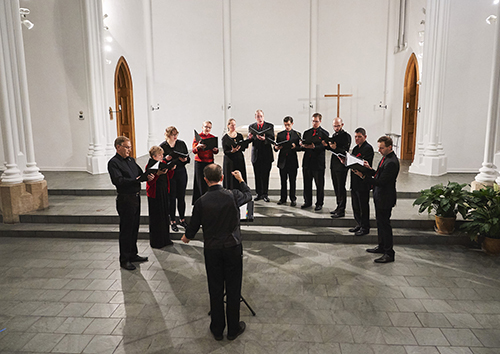 These antiphons will be familiar to those who know the hymn O come, O come, Emmanuel, a compilation of the “O” antiphons in poetic form which appeared in Germany during the early 18th century, originally with only five stanzas. Paired with a 15th-century French melody in the widely-adopted Hymns Ancient and Modern in 1861, the hymn came into general use in English-speaking countries. 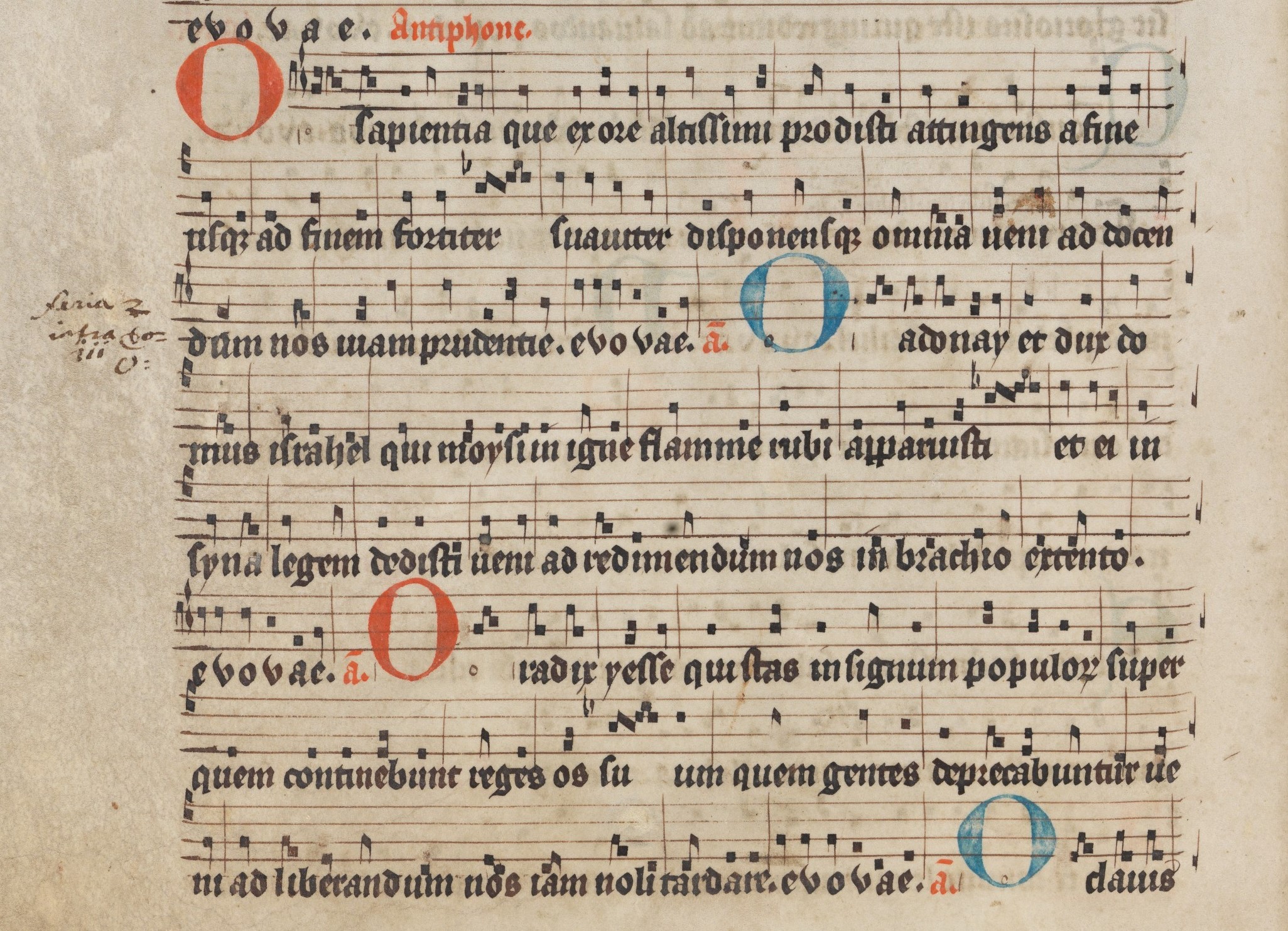 White planned his Quire program around the seven O’s, each of which will be sung first in Gregorian chant, then in settings by Pierre Certon, Jean “Hotinet” Barra, Antoine de Mornable, Guillaume Leroy, and Pierre de Manchicourt, from a 16th-century collection published by Pierre Attaignant.

“Then I wanted to find complementary texts that reiterated the coming of Christ in prophecy,” White said. “I highlighted major words in the antiphons and tried to match them up with carols by later composers. I was so pleased to see that this format seemed to work.”

Most of those titles will be well known to fans of the King’s College, Cambridge Festivals of Nine Lessons and Carols. “I wanted to return to Quire Cleveland’s decade-long tradition of combining Renaissance and familiar settings,” White said.

There will also be three sing-along, “communal” carols arranged by King’s director emeritus, Sir David Willcocks: O come, O come, Emmanuel, The First Nowell, and O come, all ye faithful. An unusual feature of those carols is that Quire will take on the role of the organ while the audience sings the tunes, an idea inspired on a tour during White’s eight years singing with the men’s choir Chanticleer. 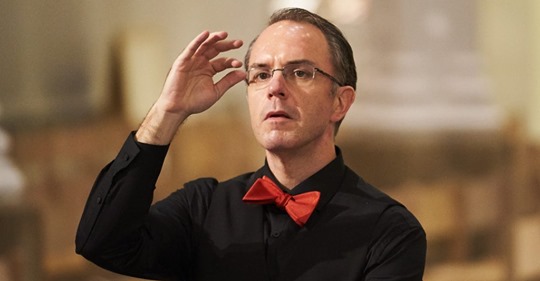 “Our conductor Joe Jennings said, ‘We’re going to sing the organ arrangement for The First Nowell, so pick a part.’ There were only twelve of us, and I think at one point there was a chord with fourteen notes, so we probably left something out. But that became one of our favorite pieces on that particular tour, and we ended up recording it.”

White noted that the majority of the selections in Quire’s program are Advent carols. “The first time we hear about the Nativity is in The First Noel. These concerts come later in December than we typically perform, so one of the things I set out to do with this program was to concentrate on the anticipation of Christmas, rather than jumping right into all the wonderful music of the season.

“I believe that talking about the anticipation and excitement of something that is to come is a nice foray into the New Year when many people, including myself, feel it’s time to start something fresh. A new light is coming into the darkness of the world, and I hope that in the communal singing people will find a vibrational lifting of their souls and spirits.”

Jackson began the program with a recitation of Langston Hughes’ poem “Helen Keller” — the first of five poems by Hughes that served as interludes between each piece on the first half. END_OF_DOCUMENT_TOKEN_TO_BE_REPLACED

Pianos with pins and tape on strings, a bass drum and tam tam, crotales, Almglocken, and vibes. Microphones were hooked up all around the instruments. The feed was sent to speakers around the room. Lighting designer Nicholas Houfek hung incandescent globes over the arrangement of instruments from thin black wires stretching across the beams. END_OF_DOCUMENT_TOKEN_TO_BE_REPLACED

From the podium, Elim Chan set an ambitious tone for the evening. The rising star conductor, here in her Cleveland Orchestra debut, has a commanding style, and every twist and turn in Saturday’s performance tracked closely with her baton. END_OF_DOCUMENT_TOKEN_TO_BE_REPLACED