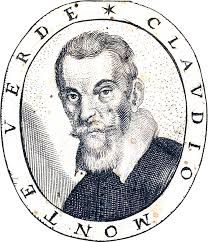 Think of the early Baroque Italian composer Claudio Monteverdi, and images of Venice and its highly photogenic Piazza San Marco inevitably pop up — especially if the work in question is the Vespers of 1610. But he didn’t write his most famous piece for the Most Serene Republic. Monteverdi composed the Vespers, along with the opera Orfeo, his first five books of madrigals, and the Missa in illo tempore when he was in the employ of the Gonzaga family in Mantua, until the family’s declining economic situation made him a free agent in 1612.

Ross W. Duffin and his twenty professional singers of Quire Cleveland will explore Monteverdi’s Mantuan legacy in a free concert at the Cathedral of St. John the Evangelist in downtown Cleveland on Friday evening, September 30 at 7:30 pm. The program will feature the Missa in illo tempore, and as an innovative gesture on Duffin’s part, its movements will be interspersed with madrigals from Monteverdi’s fourth and fifth books that received new, sacred Latin texts from the pen of the composer’s friend Aquilino Coppini.

“I discovered the Mass about a decade ago. I just think it’s an extraordinary piece and wonder why it isn’t better known,” Duffin said in a telephone conversation from his office at Case Western Reserve University. “This is my chance to have it sung by a group of great musicians and introduce it to a wider audience.”

From all indications, Monteverdi thought highly of the Mass, a work based on themes from the motet In illo tempore by the Franco-Flemish composer Nicolas Gombert. “This was his prova, the audition piece that he chose — rather than the Vespers — to send to the committee at San Marco in Venice to prove that he was a terrific composer,” Duffin said. “Obviously he felt that it was an important work for him. I’m sorry that it’s gotten short shrift to its companion, the Vespers, which appears in the same publication.

“Some musicologists have made excuses for the Mass in the light of the Vespers, which is so groundbreaking as a concerted piece. They say, ‘Oh, it’s old fashioned, it’s in the stile gravis, the Palestrina style.’ But when you listen to it, you’re surprised to find Monteverdi employing new techniques to build the music up to incredible climaxes or to wind things down at the end of a movement — techniques he wasn’t even using in his published madrigals at that point.”

Duffin said that the original Italian madrigals were re-texted by Coppini during the same period that Monteverdi worked in Mantua. “Monteverdi went to visit Coppini in Milan where he lived, so the composer must have approved of his friend’s translations. I think that Coppini intended them as church motets. Madrigals are music for soloists, but providing them with sacred texts invites the participation of a choir — and their publication. Out of the three dozen that Coppini edited, some 25 have survived. He was also a professor of rhetoric, so he was able both to match the accentuation of the texts and to write poetry that captured the emotional content of the originals in a surprising way. They’re incredibly beautiful, emotionally charged pieces with unexpected entrances and exciting dissonances.”

END_OF_DOCUMENT_TOKEN_TO_BE_REPLACED

Rodgers & Hammerstein’s Cinderella was originally produced for television in 1957 — seven years after the animated Disney film was released — and starred Julie Andrews. According to the Rodgers & Hammerstein website, it was viewed by over 100 million people. END_OF_DOCUMENT_TOKEN_TO_BE_REPLACED

The story line has its origin in an 1855 play and an 1842 farce that Thornton Wilder mined for his 1938 play The Merchant of Yonkers. When that turned out to be a flop, in 1954 Wilder made the crucial decision to re-center the show around the character of the legendary marriage broker Dolly Gallagher Levi and renamed it The Matchmaker. END_OF_DOCUMENT_TOKEN_TO_BE_REPLACED

The Dodero Center for the Performing Arts at the Gilmore Academy in Gates Mills is one feature of an impressive campus. The auditorium is shallow, the stage is deep, and the ensemble played without a shell. Throughout the program, the sound, especially in instruments’ lower registers, tended to disappear. END_OF_DOCUMENT_TOKEN_TO_BE_REPLACED