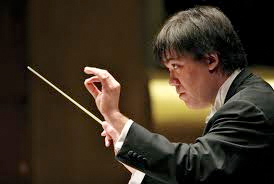 How much difference does a change of conductors make? Quite a lot, when you have an ensemble as cooperative and malleable as The Cleveland Orchestra, and when a big, sprawly work like Mahler’s seventh symphony is involved.

Last weekend, New York Philharmonic music director Alan Gilbert returned to Severance Hall, where he had served as conducting assistant and assistant conductor from 1994-1997, to fill in for the ailing French maestro Pierre Boulez and to provide a fascinating contrast between what one conductor hypothetically might have done and what another one actually did.

A Boulez interpretation of Mahler 7 — purely speculative, of course — would probably have subjected the work to a thorough and rigorous formal analysis, would likely have mined the score for inner details and placed them importantly in the context of larger structures, and almost certainly would have observed every tempo change, rhythmic subtlety and dynamic level Mahler obsessively prescribed.

Gilbert’s interpretation was exciting, replete with stunning climaxes and dramatic gestures, but the conductor chose to take a high-altitude view of the piece, smoothing over its many transitions and scarcely pausing to breathe between its wildly contrasting sections. But homogenization took the edge off passages that were meant to sound shrill and out of place. A narrow range of dynamics — from mezzo forte to fortissimo — sapped soft moments of their mystery and too many undifferentiated climaxes eventually began to weary the ear. And the number of imprecise attacks during the course of the symphony was eyebrow-raising.

Mahler 7 got off to an inauspicious start when someone’s mumbling in the front rows caught Gilbert’s attention just as he was raising his baton (he turned around to see what was happening and an audible “shut up!” from an audience member quelled the disturbance).

Mahler 7 came off well in the end, largely thanks to The Cleveland Orchestra’s splendid soloists — too many to name in fear of leaving someone out, but the standouts were Thomas Klaber, who distinguished himself on the tenor horn in the first movement, Richard King, who was marvelous both in horn solos and duets in the second (Night Music No. 1) and tubist Yasuhito Sugiyama, who was brilliant in his rare moment in the spotlight during the scherzo. And it was fun to watch the oldest and youngest members of the percussion section, Richard Weiner (former principal, now retired) and Jacob Nissly (currently principal), swinging four big cowbells in the final bars of the symphony.

Mahler 7 really doesn’t need a companion piece, but Gilbert followed through on Boulez’s plan to begin the concert with Ravel’s complete ballet music for Ma Mère l’Oye (for those who know the suite in its original version for piano four hands, the full ballet adds two movements at the beginning and transitions in between).

Who can resist Ravel’s charm in these tales from Mother Goose? Alan Gilbert led an effective if rather breathless reading that would have gained character from being a bit more laid back. Again, soloists were outstanding — Joella Jones on celesta, Jonathan Sherwin on contrabassoon (a charming Beast), Peter Otto as concertmaster for the evening, Robert Walters on English horn, Joshua Smith on flute, Frank Rosenwein on oboe, Franklin Cohen on clarinet and Trina Struble on harp — all telling their stories eloquently while giving the ballet music the authentic flavors of France.

Jackson began the program with a recitation of Langston Hughes’ poem “Helen Keller” — the first of five poems by Hughes that served as interludes between each piece on the first half. END_OF_DOCUMENT_TOKEN_TO_BE_REPLACED

Pianos with pins and tape on strings, a bass drum and tam tam, crotales, Almglocken, and vibes. Microphones were hooked up all around the instruments. The feed was sent to speakers around the room. Lighting designer Nicholas Houfek hung incandescent globes over the arrangement of instruments from thin black wires stretching across the beams. END_OF_DOCUMENT_TOKEN_TO_BE_REPLACED

From the podium, Elim Chan set an ambitious tone for the evening. The rising star conductor, here in her Cleveland Orchestra debut, has a commanding style, and every twist and turn in Saturday’s performance tracked closely with her baton. END_OF_DOCUMENT_TOKEN_TO_BE_REPLACED