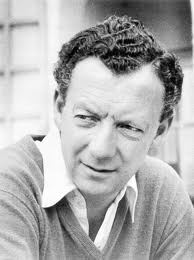 The key to Britten’s renown as a vocal composer is his choice of excellent texts to set and his dead-on intuition about how to fit music to words. In the case of the Hymn to St. Cecilia, the poetry is by W.H. Auden; for Abraham and Isaac, the words come from the late-medieval Chester Miracle Play; for Rejoice in the Lamb, the text is made up of selected lines from the ecstatic ravings of the eighteenth-century poet, Christopher Smart, whose Jubilate Agno has to be read in its entirety to be believed.

This is all terrific material, and Britten sets it masterfully, finding the perfect gestures to match up with every poetic image from dancing angels coming out of their timeless trance, to God speaking to Abraham in an eerie duet, to painting the antics of cats and mice and dissociatively celebrating the rhymes of instruments (“the clarinet rhymes are clean seen and the like”).

Trinity Chamber Singers did a fine job of tuning the unaccompanied Hymn to St. Cecilia — a tricky feat to bring off — and McElliott, Fralick and Wilson (at the piano) made a heightened dramatic scene out of one of the most chilling tales in the Hebrew scriptures. The Cathedral Choir was light, clean and rhythmically precise in Rejoice in the Lamb, ably supported at the organ by Elizabeth Lenti, who handled all its sudden registration changes with ease (and maybe a helping hand or two) and brought scintillating articulation to her demanding part.

Following an intermission, the rest of the program was devoted to Johann Sebastian Bach’s cantata (or is it an oratorio?) Lobet Gott in seinen Reichen, BWV 11. Bach got invited to the party on the strength of Britten’s “delight” in conducting and recording his works (program notes). If that justification seems a bit slim, it’s always fine to program Bach, especially a rarely-performed work like BWV 11, which is sometimes called “The Ascension Oratorio” because of its subject and extensive quotation from the gospels, even if it’s nowhere near the scale of the Christmas and Easter Oratorios written in the same liturgical cycle.

One startling omission in the extensive printed program — replete with notes and texts — was a list of the members of Trinity Singers and the Cathedral Choir. Surely they’ll want to keep that document as a souvenir of a memorable evening, and their names should be there for posterity.

Daniel Hathaway was Director of Music at Trinity Cathedral from 1977-2008.

Speaking with the conductor by phone in Cleveland this past Wednesday, I began our conversation by telling him that I had a wonderful conversation with Stefan Jackiw, who was singing his praises (read the article here). Especially how sensitive the conductor’s ear is with regards to color, which Jackiw noted is quite important in the concerto’s passacaglia. END_OF_DOCUMENT_TOKEN_TO_BE_REPLACED

The music isn’t easy to play, either. Over the course of two hours, all of the musicians brought fantastic focus to the unrelenting tricky rhythms and countless layers of parts, all of which require a high level of individual responsibility. Even in the moments of calm, the accompaniment remains perpetually unsettled. Adams — who made a sprightly presence on the podium — combines minimalist, repeating motives in gradual layers, which eventually become so dense they overwhelm the senses. Lisa Wong deserves special mention for her thorough preparation of the Cleveland Orchestra Chorus, as does Jennifer Rozsa for the Children’s Chorus, which made a brief but memorable appearance in the last few minutes. END_OF_DOCUMENT_TOKEN_TO_BE_REPLACED

Warner was a fitting choice not just symbolically, but also sonically. The combination of Baroque strings, theorbo, harpsichord, and organ created a nice blend and balance, allowing the opportunity for softer instruments to stand out. In Johann Rosenmüller’s Sonata à 5 in g, Doug Balliett’s violone pizzicatos resonated beautifully, and in Johann Heinrich Schmelzer’s Sonata in d, harpsichordist Elliot Figg became an equal player in the texture with his clever improvisations. The slight exception was Joshua Stauffer on theorbo — despite the instrument’s big physical presence on stage, he received little time in the spotlight. END_OF_DOCUMENT_TOKEN_TO_BE_REPLACED