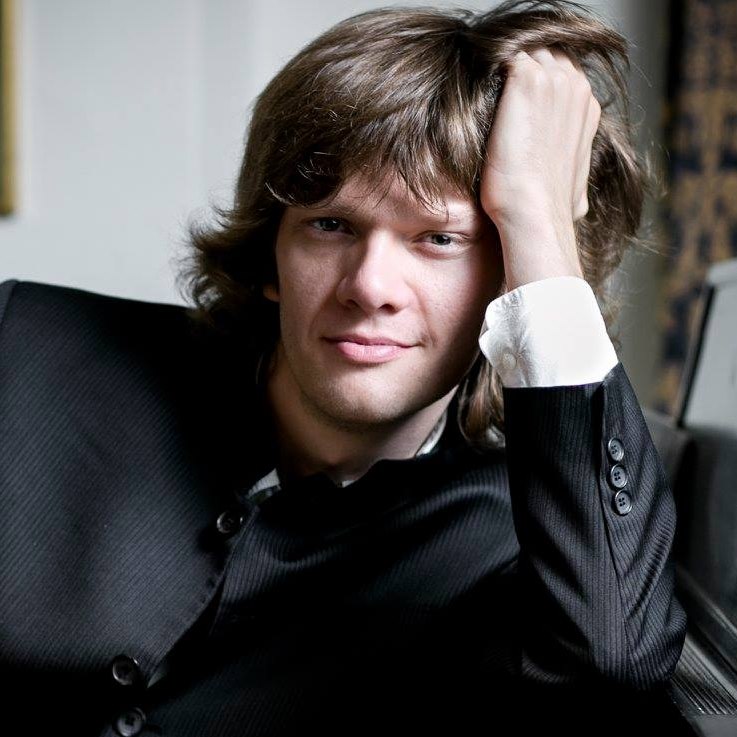 One challenge of concert previews is balancing a discussion of the music against a portrait of the artist. In the case of pianist Arsentiy Kharitonov, who will visit the Rocky River Chamber Music Society for a free concert on Monday, November 15 at 7:30 pm at Lakewood Congregational Church (masks required), those two worlds of content collided. The way he described his program — works by Bach, Schubert, Schumann, Johann Strauss, Scriabin, and Rachmaninoff — was very telling about the way he thinks about music.

The Russian-born Kharitonov, who is a first-prize winner of both the Franz Liszt International Piano Competition and the All-National Composer’s Competition (Russia), spoke to me by telephone from his current homebase of Denton, Texas, not far from Dallas.

Jarrett Hoffman: One thing that stands out about your program is that each half contains a transcription of Bach: Ferruccio Busoni’s take on the famous violin Chaconne, and the Alexander Siloti version of the Organ Prelude in g. Are transcriptions in general an interest of yours?

Arsentiy Kharitonov: I’m not the biggest fan of transcriptions. This is actually the first time I’m playing them — it just happened that way. And I’m also playing the Grünfeld paraphrase [Soirèe de Vienne] of the Johann Strauss themes — all those motives from his waltzes. But this great piece by Bach, the Chaconne, is for violinists like the Old Testament. And Busoni’s transcription is, I think, just as good as the original.

The thing about Bach — it’s like a foundation to all the music from the end of the 16th century to now. So in a sense it’s a good connecting point between all the remaining composers.

JH: There’s so much we could talk about with the Chaconne, but one little thing that’s interesting in this transcription is the F-sharp in parentheses in the last chord, giving you the option to picardy-third into D Major, or to stay in minor. What are your feelings about that?

AK: Bach loves symbolism in his work, and especially here. It’s all about the cross and being crucified — there are all these motivic symbols and pitch symbols. So for me personally, there is so much drama in this music that it sounds a little bit artificial to put that picardy third in there (laughs).

The original Chaconne for violin ends on a D unison, and of course the piano can bring out the harmonies more prominently, so we have a choice whether to end in d minor or D Major — or in unison. I think I will stick to a minor chord, but then again, who knows? I’m a very spontaneous player, so maybe at that moment it will sound right to end it in major. 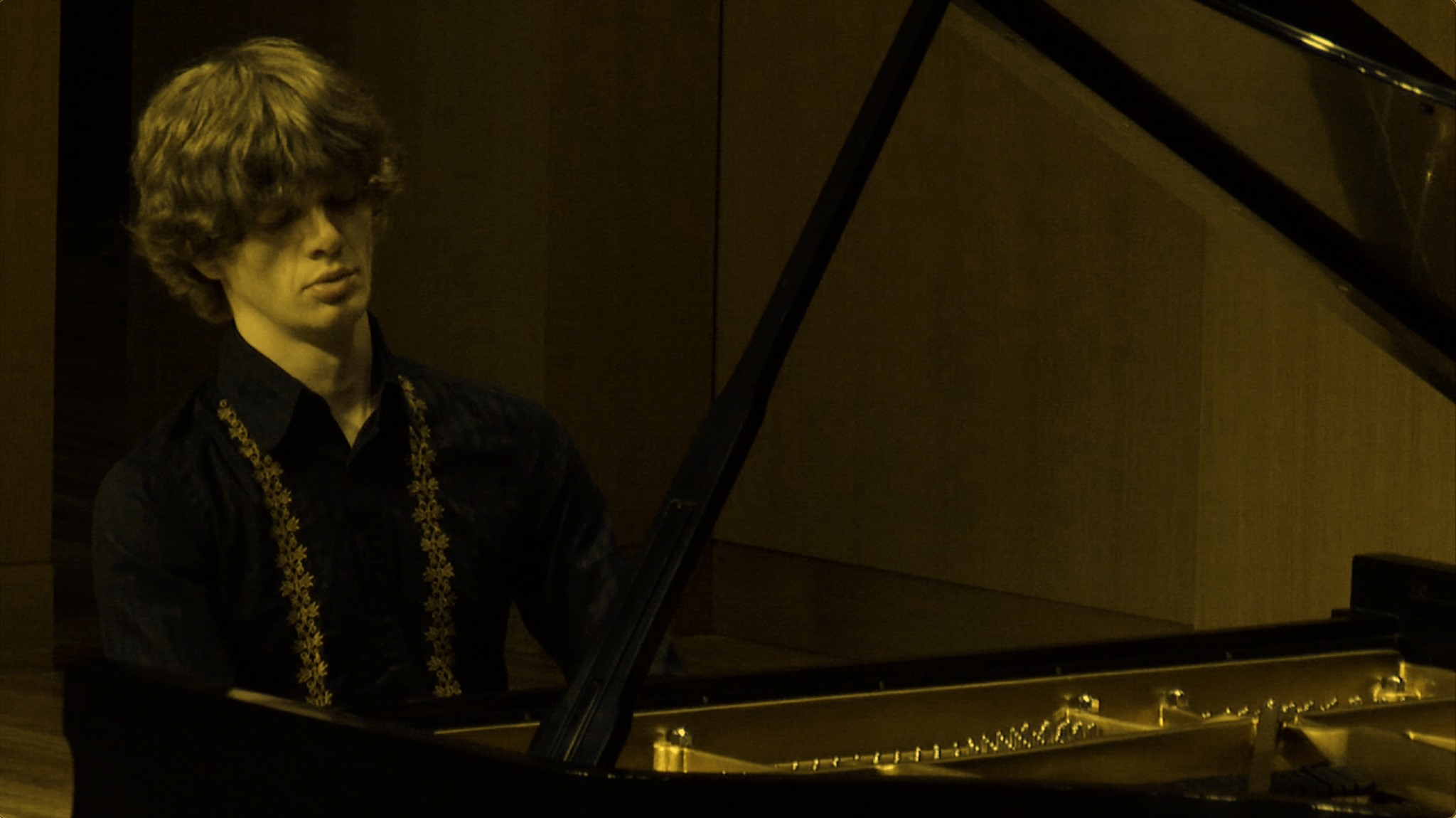 JH: We’ll have to be on our toes to see what you do. Moving to the Schubert [Klavierstücke No. 1, D. 946], it’s similar to the transcriptions in that someone else’s hand is involved a little bit — years after Schubert’s death, Brahms edited the piece and restored a big cut that Schubert had crossed out. As I understand, depending on the pianist, you might hear it either way.

AK: There is always a person in the audience who will say, “Well, Schubert removed it.” Apparently he wanted an ABA form, and with that section it’s no longer ABA, it’s rondo form. But it’s a mystery to anyone, so it’s pretty much up to the performer whether they want to bring that section in. I will play it because I think it has a lot of meaning in it — it has lots of thought and, well, simply beautiful moments. I think it will be nice to show it.

JH: To me, it has some of the best material in the piece — it’s really beautiful. Of course, it influences the repeats.

AK: This piece in general is so tricky. Schubert is one of my favorite composers, but when I started learning it, I thought, ‘Well, it’s all pretty much these chunks of music that he repeats.’ He likes to repeat them — he’s being very deliberate about the form.

As I dig more into Schubert’s music, I understand that a certain precision of form evokes new meaning. It’s almost like waking up every day and making up your bed — it’s important, and in Schubert’s case it’s also important.

The repeats obviously give the performer the opportunity to demonstrate their ability to interpret the same music differently and create meaning in that as well. Though there is also a danger for a performer to stand up between Schubert and the audience, which is tricky lately in classical music.

JH: You mean to put themselves too much into the interpretation?

AK: Right, or to cover the truth in Schubert’s music with the performer’s own ideal interpretation, which might not necessarily be the truth. I believe that when one performs compositions by such a genius, one should be humble, almost acting as a bridge between composer and audience.

JH: We should touch on the Scriabin [Selected Preludes] and Rachmaninoff [Études-Tableaux, Op. 39] at the end of your program. I read another interview where you talked about those composers being two of your three greatest inspirations, the other being Prokofiev, and you described their styles in an interesting way.

AK: I say that Rachmaninoff is like an ocean. He has long phrases, and his music has a great inertia in it — there is a fast stream, and then there’s a slower stream near the shore, but it’s never sudden. It’s like you’re operating a vessel.

Scriabin is very spontaneous. His music is very — I call it the world of air. Like a bird, you can rotate immediately, and go down and up. That also maybe corresponds with his ideas about characters in his music — the stories of Prometheus and Icarus, and just in general the symbol of flame, of fire. The flame doesn’t have an inertia: it can be blown out or expand immediately.

It also goes into what I would say are the unconscious aspects of character. Scriabin believed that he was the center of the universe, while Rachmaninoff was a very religious man, more traditional in a sense. You can hear the differences between the two composers almost immediately in the symphonic works, and they really disliked each other very much.

And Prokofiev is a running force. No one is flying, no one is sailing. Everyone is running — it has lots of rhythms that are very grounded.

These composers are so different, but at the same time they sort of add to each other — they create this interesting world, a whole world. That was the foundation for me, but now I see that all of that is in Beethoven’s writing, for example. Beethoven had it all already (laughs), these composers just underlined it a little more, found themselves in it. But Bach and Beethoven, those two are titans.

The cimbalom was the feature of the show, an instrument capable of taking on many personas. Its performer, Chester Englander, has shaped his career around the instrument, and has inspired composers to write more repertoire for it, some of which was presented on the program. END_OF_DOCUMENT_TOKEN_TO_BE_REPLACED

You wouldn’t expect that acoustic from a glance at the nave, which is wide and long, but not especially lofty. But when I guest conducted a local amateur choir and professional orchestra in Beethoven’s Mass in C there a few years back, during the first rehearsal we released the final chord of the “Gloria” and listened in astonishment for the next several seconds. The sound continued to roll down the space like the big wave that surfers dream about. END_OF_DOCUMENT_TOKEN_TO_BE_REPLACED