If there’s one classical music festival that best represents this particular moment in time, it might be the Sphinx Performance Academy. Not only does it focus on cultural diversity, and not only has it shifted online this summer due to the coronavirus pandemic, but it has also taken on a new dimension amidst the movement for racial justice sparked by the death of George Floyd.

SPA, as the festival is known, is a full-scholarship program focusing on chamber music and solo playing for string players ages 11-17 who come from cultural backgrounds that are underrepresented in classical music. It’s one of the many programs of the Detroit-based Sphinx Organization, founded in 1997 and devoted to diversity in the arts.

Multiple conservatories and schools of music have hosted SPA since it launched in 2004, including the Cleveland Institute of Music since 2017. And with physical hosting out of the question this year, the CIM-affiliated session will run online from July 25 to August 8. (That will follow other virtual sessions of SPA that took place earlier in July and June through partnerships with the Curtis Institute of Music and the Juilliard School.)

Some aspects of a festival can move online more easily than others. Platforms like Zoom allow for effective solo performances and teaching, but the slight lag known as latency is a huge obstacle to playing together. 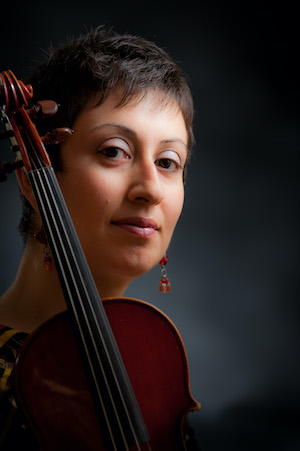 “Truly live chamber music isn’t possible,” Sphinx President and Artistic Director Afa Dworkin said during an interview over Zoom. “But we are having a couple of works recorded individually by our students, then engineered together to create a group performance. It’s certainly not the same as a live chamber music experience, but it is still retaining an element of that.”

What about the social and emotional aspect of the festival? “The building of comradery, the experience of relating to other young aspiring artists of color from all over the country — I think that piece is what makes SPA really special,” Dworkin said. “Reimagining it in the digital space has been very interesting.”

She noted that students have been having meals together over Zoom and sharing their thoughts about what’s happening in the world. “It’s been fascinating to observe that bonding, if that’s not too bold a word, that’s still occurring online.”

That isn’t just surface-level chatting, either. To Dworkin, SPA has provided a vehicle for students and faculty to think through and comment on what’s occurring with the coronavirus pandemic and the national epidemic of racism, then find their own way to respond emotionally and artistically.

“For me, it has underscored how important it is to talk about these issues and help our young people formulate their responses — and maybe translate some of the animosity and frustration into artistic expression and leadership skills,” Dworkin said. “I think all of that is part of Sphinx, and all of that is part of the experience for students and faculty at SPA.”

There has also been more discussion this summer of composers whose music has been excluded from the canon of classical music. Dworkin brought up the example of Joseph Boulogne, Chevalier de Saint-Georges, a contemporary of Mozart whose music has only recently received much attention. (Click here to read ClevelandClassical.com’s feature on the composer.)

“We can also help our young people discover that things can be different now that they’re the emerging leaders and they’re setting the tone of what is the performing arts canon — what can be studied, what should be studied, and what’s been so poignantly missing from our curricula.”

Change, she added, can start with a single advocate and grow from there. If a student brings this music back to their private teachers, “then those people end up uncovering these beautiful gems and teaching them to their other students.”

There are many branches to Sphinx, but Dworkin sees SPA as one of the organization’s most significant programs — an integral part of the “pipeline” of talented young musicians of color. There’s a common misconception about that pipeline, she said: that a lack of diversity in classical music stems from a lack in the pool of talent or in talent development. (That topic also came up in a roundtable discussion in early June in which she was on the panel — she begins speaking at the 48:11 mark.)

“The unfortunate part of that misconception,” Dworkin told me, “is that it means this problem is unsolvable in our lifetime.” That can lead people to shelve it away. “But the minute we recognize that’s not true, it can be empowering.” 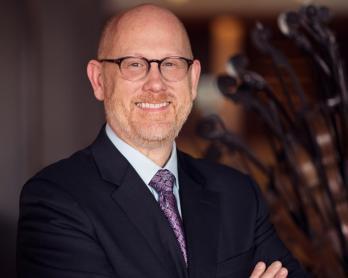 SPA came to the Cleveland Institute of Music in 2017 in large part because of the long relationship between Dworkin and CIM president Paul Hogle. They met when he worked with the Atlanta Symphony, and she got to know him better when he moved on to the Detroit Symphony as Executive Vice President.

“I have a tremendous amount of respect for his vision and leadership,” Dworkin said. “He’s always been an ally and a great colleague — somebody who’s made diversity a clear priority, and for whom I think the concept of excellence is tied to diversity.”

In a separate Zoom conversation, Hogle said that he had the sense early on that Afa Dworkin and her husband Aaron Dworkin, who founded Sphinx, would accomplish important things. “They’re just such incredibly great colleagues,” he added.

Soon after being named president of CIM in May of 2016, Hogle reached out to Afa Dworkin, and a few months later, the school was announced as a new home for SPA. That partnership, Hogle said, has been “part of the fuel” that has helped CIM grow its Black and Latinx enrollment exponentially over the past several years.

“The way we’ve accomplished that is by working with families and students on a very individual basis about the process of getting into CIM,” Hogle said. “They still have to do the work — that’s how you get into conservatory or get onto a Division I football team — but we aggressively recruit students, one on one.” SPA is one part of that recruitment process, and while CIM won’t be able to play host in its typical way this summer, participants will get to experience the school in other ways.

CIM will also hold an admissions program and counseling session early on in the course of the festival, with Hogle joining student leaders and admissions staff to provide insights about what it takes to get into music school.

“We try to cover the pathway of how you prepare,” Hogle said, adding that of course, getting accepted is a “fierce” competition. “We also talk about financial aid and the pre-screening recording process, all of which may or may not be a common understanding with prospective students.”

Hogle said that he developed a habit from his first day on the job at CIM of meeting with every family that visits campus. “They come into my office, we talk for almost an hour, I listen to their questions, I try to field them, and I learn a lot,” he said. “I do the same thing for the Performance Academy. When they’re on campus, it’s a lot more fun to be here in front of them, but we’ve learned to make use of the technological side of things.”

Jackson began the program with a recitation of Langston Hughes’ poem “Helen Keller” — the first of five poems by Hughes that served as interludes between each piece on the first half. END_OF_DOCUMENT_TOKEN_TO_BE_REPLACED

Pianos with pins and tape on strings, a bass drum and tam tam, crotales, Almglocken, and vibes. Microphones were hooked up all around the instruments. The feed was sent to speakers around the room. Lighting designer Nicholas Houfek hung incandescent globes over the arrangement of instruments from thin black wires stretching across the beams. END_OF_DOCUMENT_TOKEN_TO_BE_REPLACED

From the podium, Elim Chan set an ambitious tone for the evening. The rising star conductor, here in her Cleveland Orchestra debut, has a commanding style, and every twist and turn in Saturday’s performance tracked closely with her baton. END_OF_DOCUMENT_TOKEN_TO_BE_REPLACED