The Cleveland Classical Guitar Society begins each season with a free Showcase Concert. This year that event will be held on Saturday, September 24 at 7:30 at Plymouth Church in Shaker Heights. The evening will feature performances by Adam Larison, Duo Allant (Kathryn Thomas Umble, flute, and François Fowler, guitar), and the Gruca White Ensemble (Robert Gruca, guitar, and Linda White, flute, left). END_OF_DOCUMENT_TOKEN_TO_BE_REPLACED

According to American Boychoir music director Fernando Malvar-Ruiz, the title for the Princeton, New Jersey-based ensemble’s upcoming tour, “How Can I Keep from Singing?” reflects exactly why its members join. “The boys come to the American Boychoir School because they love singing,” Malvar-Ruiz said during a recent telephone interview. “In many cases they just can’t stop singing. Their parents tell me that they sing all of the time.”

On Friday, April 15 at 7:00 pm at Christ Church Episcopal in Oberlin, and on Sunday, April 17 at 4:00 pm at St. Paul’s Episcopal Church in Cleveland Heights, Malvar-Ruiz will lead The American Boychoir in a program ranging from music by Felix Mendelssohn to Samuel Barber, to folksongs from around the world and traditional American hymns and spirituals. END_OF_DOCUMENT_TOKEN_TO_BE_REPLACED 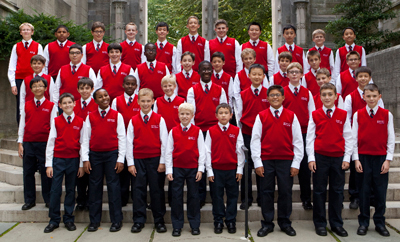 Fernando Malvar-Ruiz will conduct The American Boychoir in a concert at St. Paul’s Episcopal Church in Cleveland Heights on Wednesday, October 29 at 7:00 pm. The concert is part of the choir’s 75th Anniversary Tour of the Midwest from October 17 to November 1, which includes performances in Milwaukee and Madison in Wisconsin, Minneapolis, Faribault & Northfield in Minnesota, Napierville, Illinois, Fort Wayne, Indiana and Bethlehem, Pennsylvania.

Founded in 1937 in Columbus, Ohio as the Columbus Boychoir, the ensemble moved to Princeton, New Jersey in 1950 and changed its name to The American Boychoir in 1980. Together with the St. Thomas Choir School on New York’s Fifth Avenue, the institution is one of only two boarding schools dedicated to the training of boy choristers in the United States, but is distinct from St. Thomas in not supplying singers to serve a religious institution. The ABC School now includes students in the fourth through eighth grades who come from all over the United States. END_OF_DOCUMENT_TOKEN_TO_BE_REPLACED

END_OF_DOCUMENT_TOKEN_TO_BE_REPLACED

Supported by engagingly, yet simple staging by Cara Consilvio, a well-prepared cast of singers told the archetypal story of Cinderella with charm and flair. Framing the production was  a sparse but colorful set and wonderful lighting by Dave Brooks. END_OF_DOCUMENT_TOKEN_TO_BE_REPLACED