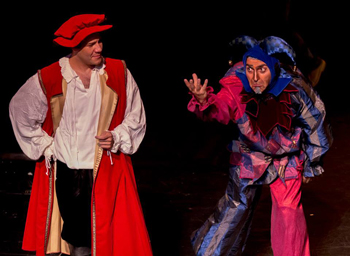 The production’s frugal yet effective sets and upstage projections, somewhat restrained lighting and straightforward staging allowed its strong cast of singers to keenly concentrate on the dramatic flow of this most tragic of stories, free from the distraction of flamboyant and opulent sets. END_OF_DOCUMENT_TOKEN_TO_BE_REPLACED 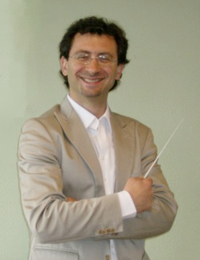 “I love this opera!” exclaims Italian conductor Andrea Raffanini. “Rigoletto is one of the best, not just for Verdi but for all of the nineteenth century opera repertoire.” On Saturday, June 15 beginning at 7:30 in the Ohio Theatre at PlayhouseSquare, Opera Circle presents one performance of Verdi’s masterpiece under the direction of Maestro Andrea Raffanini.

Based on Victor Hugo’s play Le roi s’amuse, the opera was premiered on March 11, 1851 in Venice and was an instant success. Its tragic story centers around the Duke of Mantua, his court jester, Rigoletto, and his daughter Gilda (read a synopsis here). “Rigoletto is a complex character, but it’s a role that is a baritone’s dream,” says Marco Stella, who will make his Opera Circle debut in the title role. Performed in the original Italian with English subtitles, the cast includes tenor Isaac Hurtado as the Duke, soprano Dorota Sobieska as Gilda and bass Nathan Baer as the assassin, Sparafucile.

We spoke to conductor Andrea Raffanini and dramatic baritone Marco Stella by telephone to hear their perspectives on Verdi’s masterpiece. END_OF_DOCUMENT_TOKEN_TO_BE_REPLACED

END_OF_DOCUMENT_TOKEN_TO_BE_REPLACED

Supported by engagingly, yet simple staging by Cara Consilvio, a well-prepared cast of singers told the archetypal story of Cinderella with charm and flair. Framing the production was  a sparse but colorful set and wonderful lighting by Dave Brooks. END_OF_DOCUMENT_TOKEN_TO_BE_REPLACED