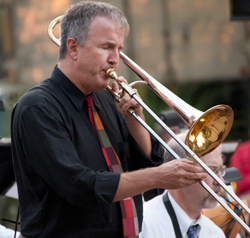 He is also putting the finishing touches on arrangements for rock singer Todd Rundgren, who will be performing with the Akron Symphony later this month. But this Friday, August 16, Paul Ferguson will put on his performer’s hat when he brings his Quintet to Tremont’s Lincoln Park for a free evening of jazz beginning at 7:00 pm. Part of the Arts in August series, the concert is presented in collaboration with the Tremont West Development Corporation and Arts Renaissance Tremont (ART). END_OF_DOCUMENT_TOKEN_TO_BE_REPLACED