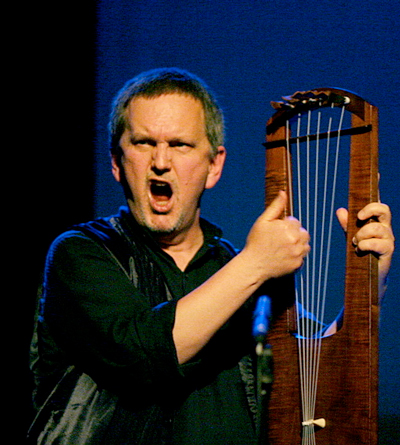 Benjamin Bagby is so consummate a raconteur that he could probably tell you a joke in Anglo-Saxon — with the help of a few facial expressions and gestures — and you’d know exactly when to laugh. Presented by Apollo’s Fire, Bagby brought all his storytelling skills into play at St. Paul’s Episcopal Church in Cleveland Heights on Friday evening, November 13 to bring the first third of the Old English epic poem Beowulf vividly to life. END_OF_DOCUMENT_TOKEN_TO_BE_REPLACED 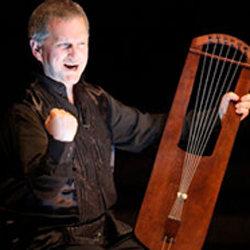 Like many of us, Benjamin Bagby first encountered the epic Anglo-Saxon poem Beowulf during junior high school. A few years later, Bagby became fixated with the sound of medieval music. And as he writes on his website, “The Anglo-Saxons would say that this was simply my wyrd (personal destiny).” This weekend, Apollo’s Fire will present three performances of Beowulf performed by singer/storyteller and medieval harpist Benjamin Bagby, beginning on Friday, November 13 at 8:00 pm at St. Paul’s Episcopal Church in Cleveland Heights. See our concert listings page for additional times and locations.

“Humankind has always been fascinated with tales of man over monster,” Bagby said during a telephone conversation from his home in Paris. “It’s an archetypical story that still fascinates us today.” The fact that a new Star Wars film is about to be released supports Bagby’s thoughts.   END_OF_DOCUMENT_TOKEN_TO_BE_REPLACED

I began by asking about Apollo’s Fire’s debut at the Berkshire Music Center at Tanglewood in Lenox, Massachusetts. “It was really fun,” Sorrell said. “We had no idea that we were going to be sold out at Tanglewood. It was really a personal homecoming because I had studied in the conducting class there back in 1989 and I have such moving memories of that summer working with Leonard Bernstein and Roger Norrington. END_OF_DOCUMENT_TOKEN_TO_BE_REPLACED

Though it had amassed a vast trove of audio over the decades, The Cleveland Orchestra has come late to the game in the video department. Even so, the organization wasn’t about to rush to produce the equivalent of home movies to keep its patrons engaged while live events were on hold. END_OF_DOCUMENT_TOKEN_TO_BE_REPLACED

END_OF_DOCUMENT_TOKEN_TO_BE_REPLACED

Although it wasn’t the original plan to go online last weekend for the final round of the James Stroud Classical Guitar Competition, moving to a digital format suited the event well. Young performers Aytahn Benavi, Patricia Hernandez, Ian Tubbs, and Eric Wang played in the intimate setting of their own homes, giving everyone who tuned in a front row seat. END_OF_DOCUMENT_TOKEN_TO_BE_REPLACED