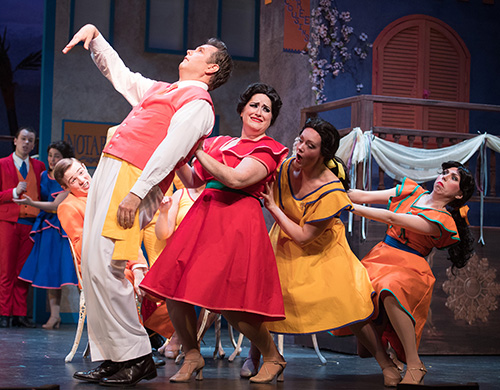 You’ve heard of “screwball comedies,” right? Well, here’s your chance to see a screwball comedy disguised as an operetta. The sumptuous music is by the German-French master, Jacques Offenbach, and features a sparkling new English translation by OLO’s Jacob Allen. The original French libretto from 1868 is by Henri Meilhac and Ludovic Halévy. Offenbach wrote nearly 100 operettas from the 1850s–1870s, on more than a dozen of which Meilhac collaborated, while Halévy assisted on more than twenty. Today, only half a dozen or so are still in the active repertoire. END_OF_DOCUMENT_TOKEN_TO_BE_REPLACED 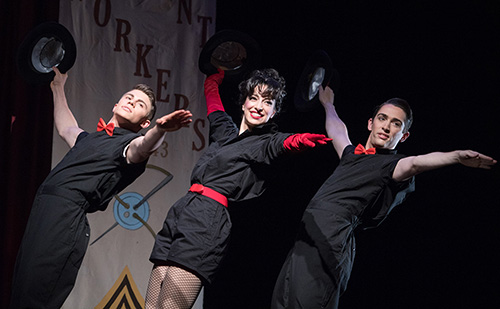 Who would ever have thought that labor troubles in a pajama factory in Iowa could become the fodder for an award-winning musical comedy that is still lively and topical at almost 65 years of age? The twentieth century might almost have been known as the century of the labor union, which peaked in the 1950s. At that time, they were still a major force, as cheekily demonstrated in the buoyant presentation of The Pajama Game that opened the Ohio Light Opera season in Wooster on Saturday evening, June 16. END_OF_DOCUMENT_TOKEN_TO_BE_REPLACED 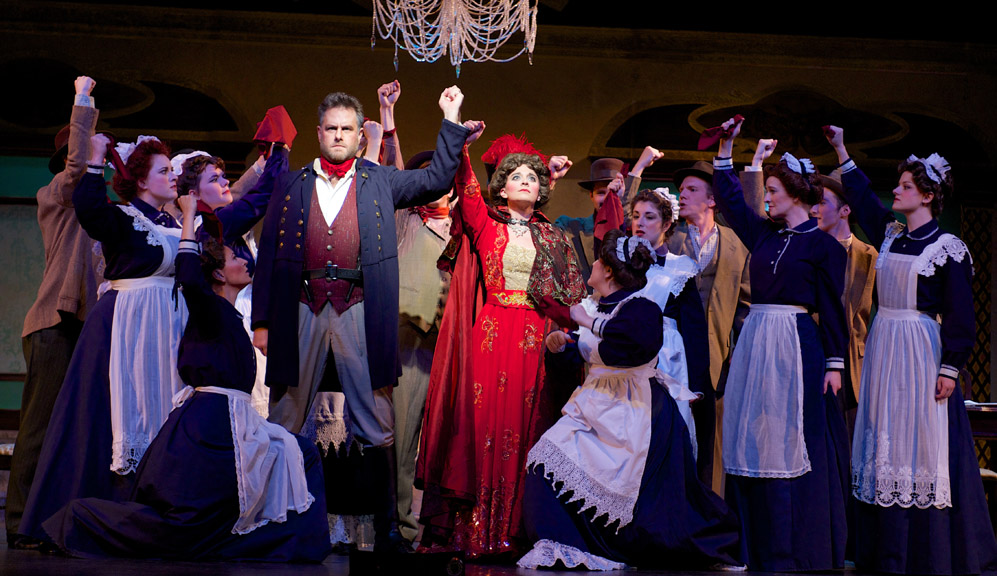 The convoluted plot deals with a boyish monarch who falls in love with a famous visiting opera singer. She also happens to be the daughter of a revolutionary plotting his assassination. END_OF_DOCUMENT_TOKEN_TO_BE_REPLACED 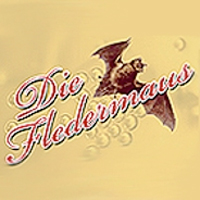 In this blissful concatenation of dance and melody, a marital comedy is played out in a fantasy world of masquerade.  A chambermaid becomes an actress for the evening; a transvestite Russian prince staves off boredom by throwing a lavish ball; a prison is transformed into a party; a squabbling bourgeois couple seems to learn how to fall in love again. END_OF_DOCUMENT_TOKEN_TO_BE_REPLACED

END_OF_DOCUMENT_TOKEN_TO_BE_REPLACED

What was that strange din coming over the live feed from Ludwig Recital Hall on Friday evening, July 23, as the Miami String Quartet filed onstage to play the third faculty recital of the Kent Blossom Music Festival? Accustomed as we were during the pandemic ban on live audiences to hearing the sound of no hands clapping, it was both startling and thrilling to witness a large crowd putting their hands together to welcome one of the Festival’s perennial favorites back for an in-person performance. END_OF_DOCUMENT_TOKEN_TO_BE_REPLACED

Practical reasons aside, there aren’t many ensembles who can put together an all-Mozart evening as elegantly as The Cleveland Orchestra. END_OF_DOCUMENT_TOKEN_TO_BE_REPLACED