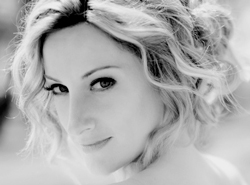 If not performed in a properly balanced fashion, Baroque-era music is often a more cerebral encounter than an emotionally alluring one to the listener. Musicians can get so caught up in delivering the music’s characteristically frothy ornamentation (which does allow for some exciting virtuosity on the part of soloists) that their technical prowess overshadows its intended “spiritual” affect, which can range from dramatic urgency and melancholy to reverential majesty and unfettered joy.

Fortunately, the Canton Symphony Orchestra (CSO) avoided that shortcoming during its all-Baroque concert on November 3 in Umstattd Performing Arts Hall. Not surprisingly, in performing the nine works on the program (four by Handel, and one each by J.S. Bach, Jeremiah Clarke, Arcangelo Corelli, Johann Pachelbel and Antonio Vivaldi), the orchestra was technically faultless. Most important and inspiring, though, was the pure expressivity of textures and moods conveyed by the musicians. END_OF_DOCUMENT_TOKEN_TO_BE_REPLACED

END_OF_DOCUMENT_TOKEN_TO_BE_REPLACED

Rodgers & Hammerstein’s Cinderella was originally produced for television in 1957 — seven years after the animated Disney film was released — and starred Julie Andrews. According to the Rodgers & Hammerstein website, it was viewed by over 100 million people. END_OF_DOCUMENT_TOKEN_TO_BE_REPLACED

The story line has its origin in an 1855 play and an 1842 farce that Thornton Wilder mined for his 1938 play The Merchant of Yonkers. When that turned out to be a flop, in 1954 Wilder made the crucial decision to re-center the show around the character of the legendary marriage broker Dolly Gallagher Levi and renamed it The Matchmaker. END_OF_DOCUMENT_TOKEN_TO_BE_REPLACED

The Dodero Center for the Performing Arts at the Gilmore Academy in Gates Mills is one feature of an impressive campus. The auditorium is shallow, the stage is deep, and the ensemble played without a shell. Throughout the program, the sound, especially in instruments’ lower registers, tended to disappear. END_OF_DOCUMENT_TOKEN_TO_BE_REPLACED