What more appropriate way to begin a Scottish-themed program than with a live pipe and drum band? Members of the Celtic Eagle Pipe Band joined the Canton Symphony Orchestra (CSO) in opening its 2013- 2014 season with Marches and Airs, written by local composer and Music Director of the Tuscarawas Philharmonic, Eric Benjamin.

In his program notes, Benjamin made no secret of his love for the sound of bagpipes. Addressing the task of effectively blending the orchestra with the sequence of six traditional Scottish tunes that comprise the work, he wrote, “As the music exists for pipes and drums alone, the challenge for me as an arranger was to come up with interesting things for the orchestra to do so as to contribute something unique to the sequence.”

Not least among the challenges was to allow the orchestral instruments to be heard against a loud group of three pipers and two drummers. END_OF_DOCUMENT_TOKEN_TO_BE_REPLACED 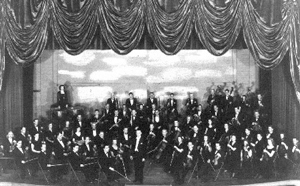 On February 16, 1938, the newly formed Canton Symphony Orchestra, conducted by Richard W. Oppenheim, gave its first-ever concert at the Canton City Auditorium before a sold-out crowd of 3,300 listeners. Seventy-five years to the day after that rousing debut, the CSO re-created the same program in Umstattd Hall with a clearly impassioned Maestro Gerhardt Zimmermann at the podium, conducting an equally inspired orchestra. END_OF_DOCUMENT_TOKEN_TO_BE_REPLACED

le Français was the theme for the January 26 concert by the Canton Symphony Orchestra at Umstattd Hall, featuring works by Debussy, Ravel, Franck and Saint-Saëns. Maybe a more apropos title for the evening would have been Vive le Watts, as in the eminent pianist, André Watts. His return to Canton (the last being in 2010) begins a three-year CSO residency. The 2014-15 season promises to be especially momentous, when he will perform all of Beethoven’s piano concertos with Maestro Gerhardt Zimmermann conducting.

In some ways, the concert brought to mind a twist on the old adage, “a watched pot never boils.” For programmatically, this watched pot, so to speak, did finally bubble over, and explosively so, though only after a long, lingering simmer. END_OF_DOCUMENT_TOKEN_TO_BE_REPLACED 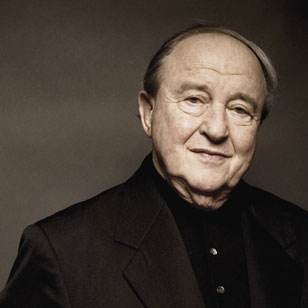 85-year-old piano legend Menaham Pressler will preside over a master class on Saturday morning, October 10, and play a Mozart Concerto with the Canton Symphony under Gerhardt Zimmerman that night at 8, all thanks to Canton’s executive director Steve Wogaman, who was a doctoral student of Pressler’s at Indiana University.

Wogaman noted that “Pressler has a command of the physiology of piano playing without equal. The really amazing thing is that he teaches a sensibility for the deep understanding behind every single note. He misses nothing! We were lucky to snap him up the moment the Beaux Arts Trio disbanded and before he signed with Columbia Artists Management. I suggested that he play a certain Mozart concerto. He said ‘that sounds great, but if you have a really fine oboist, we can do No. 17’. Canton does in Terry Orcutt, and so we will!”

END_OF_DOCUMENT_TOKEN_TO_BE_REPLACED

The Cleveland Orchestra — or at least half of it — marked Valentine’s Day with a straight-through, 50-minute concert led by Belgian early music guru Philippe Herreweghe. The February 14 performance, marketed as a romantic evening of orchestral classics, played to a packed house (marketing works!). END_OF_DOCUMENT_TOKEN_TO_BE_REPLACED

Music is said to be a universal language, but it does speak with different accents. When you’re playing music by Jean Sibelius, it’s helpful to have a Finnish conductor on the podium, which is what made Susanna Mälkki’s pair of Cleveland Orchestra concerts so lucid and communicative earlier this month. END_OF_DOCUMENT_TOKEN_TO_BE_REPLACED

END_OF_DOCUMENT_TOKEN_TO_BE_REPLACED

Today’s touring string quartets hew to so uniformly high a standard that it’s often little individual touches that make ensembles stand out. The Polish musicians who make up the Apollon Musagète Quartet showed up at Plymouth Church in Shaker Heights for their debut on the Cleveland Chamber Music Society series on February 4 in matching plaid suits and black shirts. And jettisoning their jackets, they played standing (except for the cellist). END_OF_DOCUMENT_TOKEN_TO_BE_REPLACED