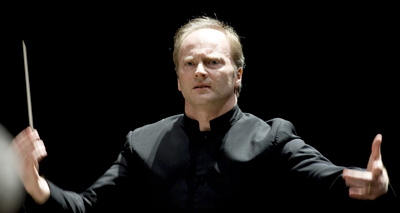 The Cleveland Orchestra unpacked its bags just long enough between its extended European concert tour and its next Miami Residency to play a three-concert set at Severance Hall from November 6 to 8. Italian conductor Gianandrea Noseda was at the helm for colorful, virtuosic music by Goffredo Petrassi and Sergei Rachmaninoff, but the centerpiece of Saturday evening’s concert was a breathtaking trip through Dmitri Shostakovich’s Violin Concerto No. 1 with the imperturbable Greek violinist Leonidas Kavakos. END_OF_DOCUMENT_TOKEN_TO_BE_REPLACED 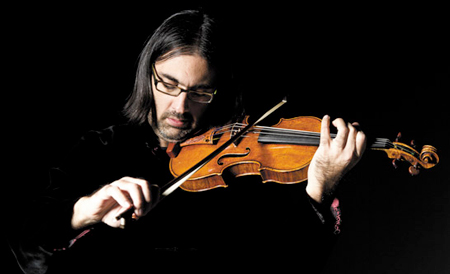 Just back from their European tour, The Cleveland Orchestra returns to Severance Hall this weekend for three performances under the direction of guest conductor Gianandrea Noseda. The program will feature Goffredo Petrassi’s Partita (1932) and Sergei Rachmaninoff’s Symphonic Dances. The concerts also mark the long-anticipated return of violinist Leonidas Kavakos. See our concert listings page for times and program variations.

“It’s been quite some time. I look forward to being back in Cleveland and playing with that great orchestra in that wonderful hall,” the engaging violinist said during a telephone conversation from his home in Greece. “I just hope it’s not too cold,” he added with a laugh. END_OF_DOCUMENT_TOKEN_TO_BE_REPLACED

Risorgimento that united the Italian peninsula’s crazy-quilt of city states and regions into a single nation during the nineteenth century will be reenacted in a small way at Finney Chapel in Oberlin and Severance Hall this weekend, when guest conductor Gianandrea Noseda (born and raised in the North near Milan) and Cleveland Orchestra principal trombonist Massimo La Rosa (a native of Sicily) join together in Nino Rota’s Trombone Concerto. (Also on the program, Rachmaninoff’s The Isle of the Dead and Prokofiev’s Symphony No. 6).

It gets even better with an Italian composer in the mix. “Two Italians in Cleveland playing music by an Italian composer,” Noseda said. “The ingredients are intriguing.” “When I found out that my solo debut would be conducted by Mr. Noseda,” La Rosa recalled, “I immediately thought to myself that the Rota concerto would be the right thing to share with our audiences.” There are also parallels between composer, conductor and soloist. Both Rota and Noseda were born in Milan, and the first performance of the concerto took place in 1974, the year La Rosa was born. END_OF_DOCUMENT_TOKEN_TO_BE_REPLACED

END_OF_DOCUMENT_TOKEN_TO_BE_REPLACED

A new CD by Christa Rakich, who is currently Visiting Professor of Organ at the Oberlin Conservatory, gives a nod in two directions. As its title announces, it’s an homage to her former teacher and colleague, the late Yuko Hayashi, longtime professor at the New England Conservatory and curator of Boston’s Old West Church Organ Series. It’s also the first recording to be made of Richards, Fowkes & Co.’s Opus 16 instrument, built in 2008 for Goodson Chapel of the Duke Divinity School in Durham, North Carolina. END_OF_DOCUMENT_TOKEN_TO_BE_REPLACED

END_OF_DOCUMENT_TOKEN_TO_BE_REPLACED

Hailed by the New York Times as “The Best Classical Music Ensemble of 2018,” Wet Ink Ensemble has lived up to this acclaim once again with their recent release Glossolalia/Lines on Black. The album takes its name from the two extended works by Wet Ink members Alex Mincek (saxophone) and Sam Pluta (electronics). The remainder of the septet includes Eric Wubbels (piano), Erin Lesser (flutes), Ian Antonio (percussion), Josh Modney (violin), and Kate Soper (voice). END_OF_DOCUMENT_TOKEN_TO_BE_REPLACED

Croatian-born pianist Martina Filjak, now living in Berlin, has released her latest album, Light and Darkness, featuring music by Franz Liszt — plus an epilogue by Arvo Pärt. The disc confirms once again all the special technical and interpretive qualities that won her the gold medal at the Cleveland International Piano Competition in 2009. END_OF_DOCUMENT_TOKEN_TO_BE_REPLACED