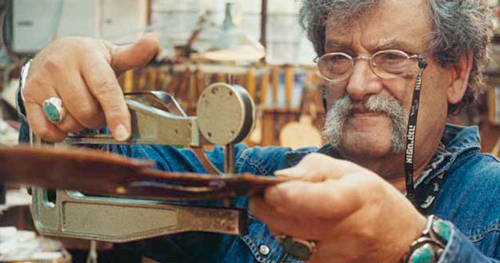 Weinstein, who emigrated from Eastern Europe to open a violin shop in Palestine in 1938, learned after World War II that some four hundred of his family members had perished under the Nazis. Later, he heard a heartfelt account from a survivor who had brought an instrument in for restoration of what the violin and its music had meant to Jews during those horrific days. In 1996 — and now recognized as one of the finest violinmakers in the world — Weinstein decided to put out a call for Holocaust-era violins. To date, he has restored nearly fifty such instruments to playing condition, a collection he dubbed “Violins of Hope.” END_OF_DOCUMENT_TOKEN_TO_BE_REPLACED

END_OF_DOCUMENT_TOKEN_TO_BE_REPLACED

Supported by engagingly, yet simple staging by Cara Consilvio, a well-prepared cast of singers told the archetypal story of Cinderella with charm and flair. Framing the production was  a sparse but colorful set and wonderful lighting by Dave Brooks. END_OF_DOCUMENT_TOKEN_TO_BE_REPLACED