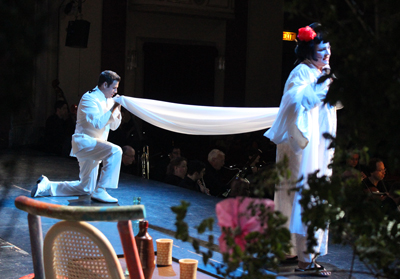 Since 1997, with its first production of I Pagliacci, Opera Circle has produced an impressive record of more than 50 opera productions in churches and other venues throughout Northeast Ohio. On June 13, Opera Circle brought to the Ohio Theater stage in PlayhouseSquare a somewhat subtle production of one of the most revered titles of all time, Giacomo Puccini’s three act opera, Madama Butterfly, with libretto by Luigi Illica and Giuseppe Giacosa. Like other works staged in the past two years, Opera Circle’s Butterfly courageously moved the company forward, enhancing its presence as an operatic staple in Cleveland’s classical music scene. This marked the company’s third performance in the Ohio Theater. END_OF_DOCUMENT_TOKEN_TO_BE_REPLACED 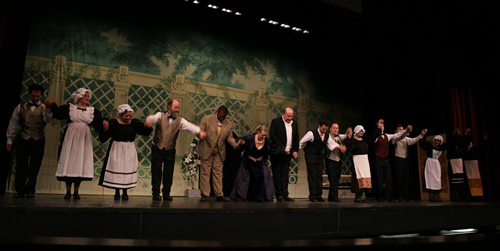 Gaetano Donizetti’s Don Pasquale centers around the title character’s cynical marriage scheme, designed to disinherit his nephew, Ernesto, who wants to tie the knot with a widow the Don doesn’t like. It doesn’t go well for Don Pasquale, who ends up playing the fool. Although Opera Circle Cleveland’s production on Sunday at the Westlake Schools Performing Arts Center took a while to get funny, strong singing and acting added up to an engaging afternoon of comic opera. END_OF_DOCUMENT_TOKEN_TO_BE_REPLACED

END_OF_DOCUMENT_TOKEN_TO_BE_REPLACED

What was that strange din coming over the live feed from Ludwig Recital Hall on Friday evening, July 23, as the Miami String Quartet filed onstage to play the third faculty recital of the Kent Blossom Music Festival? Accustomed as we were during the pandemic ban on live audiences to hearing the sound of no hands clapping, it was both startling and thrilling to witness a large crowd putting their hands together to welcome one of the Festival’s perennial favorites back for an in-person performance. END_OF_DOCUMENT_TOKEN_TO_BE_REPLACED

Practical reasons aside, there aren’t many ensembles who can put together an all-Mozart evening as elegantly as The Cleveland Orchestra. END_OF_DOCUMENT_TOKEN_TO_BE_REPLACED