The first Cleveland Orchestra concert at the Blossom Music Center occurred on July 19, 1968. On Saturday evening’s concert there was no official recognition of that 50th anniversary, but the event did mark another tradition in existence since 1990: a “side-by-side” performance in which members of the Kent Blossom Chamber Orchestra were interspersed with The Cleveland Orchestra. END_OF_DOCUMENT_TOKEN_TO_BE_REPLACED 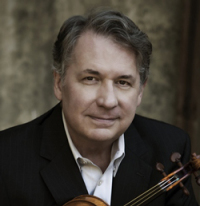 Setzer said that “the theme, if there is one, is of loss and mourning, but also a celebration of life.” The all-20th century first half will open with the adagio from Barber’s string quartet, a work that is very meaningful to the ensemble. Setzer said that the string orchestra version, known as Adagio for Strings, “has become iconic as a piece of national and international mourning.” END_OF_DOCUMENT_TOKEN_TO_BE_REPLACED