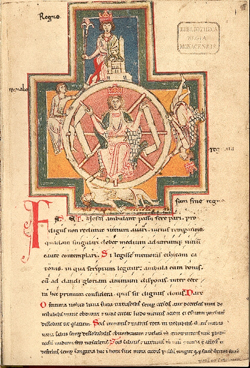 April’s showers may not inspire Northeast Ohioans to go on pilgrimages, as Chaucer famously noted, but especially this year, concert planners’ thoughts have turned to another Spring rite: Stravinsky’s ballet Le sacre du printemps, which received its infamous debut on May 29, 1913 by Sergei Diaghilev’s Ballet Russes at the Champs-Élysées Theatre in Paris.

On April 13 at E.J. Thomas Hall, the Akron Symphony will team up with David Shimotakahara’s GroundWorks Dance Theater for a fully-choreographed performance of Rite involving 100 musicians, eight professional dancers and fifteen members of a student ensemble. Later, on April 20, Gerhardt Zimmermann will lead the Canton Symphony in Stravinsky’s famous work in Umstadt Hall. In between, on April 16, you can hear the work in its pre-orchestration version for two pianos played by Gerald Evans and Margarita Denenberg on the Lorain County Community College Signature Series.

Another extravagant celebration of Spring — perhaps not so self-consciously primitive but lusty enough in its own right — is Carl Orff’s Carmina Burana, based on songs by medieval wandering scholars collected at the Bavarian abbey of Benediktbeuern (a page pictured above). END_OF_DOCUMENT_TOKEN_TO_BE_REPLACED

Another reason to love Northeast Ohio: world class musicians in performance — for free! Monday’s “back to school” issue of ClevelandClassical.com has the scoop on over 50 free concerts and recitals by Northeast Ohio music school faculty this fall.

“Northeastern Ohio is second to none in terms of the quality of artist faculty concert series at all of its musical institutions — there is literally something for everybody. And there is absolutely no better transformative experience than a great live concert!” —Cavani Quartet violinist Annie Fullard

END_OF_DOCUMENT_TOKEN_TO_BE_REPLACED

Concerts cancelled in 2020 may have put a brief gap in Ling’s record with the Orchestra (a program every season since 1984-1985), but the ensemble’s former resident conductor more than made up for it Sunday with a performance both commanding and personal. END_OF_DOCUMENT_TOKEN_TO_BE_REPLACED