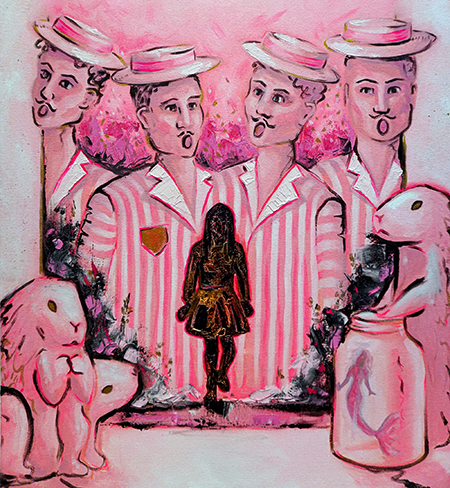 With a duration of 90 minutes and a cast of one coloratura soprano with eight additional principals playing multiple roles, the opera is played out in three sections. The plot unfolds in the bedroom of a nameless eleven-year-old Girl, where, over the course of a few days, a mermaid, a family of stuffed prairie dogs, and singing groups of chickenpox and shingles force her to come to terms with what it means to care for others and to allow others to care for you. END_OF_DOCUMENT_TOKEN_TO_BE_REPLACED

The Cleveland Orchestra’s second performance of the new season on Sunday afternoon, October 17 at the newly renamed Mandel Hall at Severance Music Center was just such an occasion. If the ensemble’s return to public concerts under the baton of Franz Welser-Möst wasn’t enough reason to light a bonfire, the Cleveland debut of a new work written for one of the Orchestra’s most popular soloists, and the swan song of one of its longest-serving members added extra fuel to the celebration. END_OF_DOCUMENT_TOKEN_TO_BE_REPLACED

Cleverly, CityMusic’s latest concert led listeners through these changes one step at a time. “Musical Matrix” took transformation as its theme, and each piece on the October 2 program at the Maltz Performing Arts Center (the second of two performances) put its spin on the subject. END_OF_DOCUMENT_TOKEN_TO_BE_REPLACED