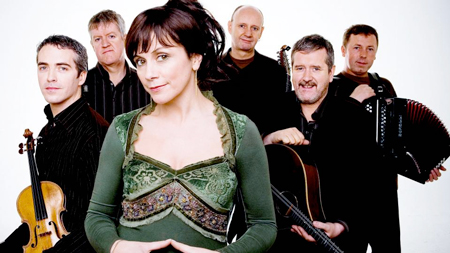 St. Patrick’s Day came early this year — at least for a couple of hours — as the Irish band Dervish returned to the Cleveland Museum of Art on March 11 with an energetic and delightful concert presenting traditional dance tunes — mainly reels and jigs — and traditional ballads in Gaelic and English. END_OF_DOCUMENT_TOKEN_TO_BE_REPLACED

On Friday, March 11 at 7:30 pm, Dervish will make a stop at the Cleveland Museum of Art’s Gartner Auditorium as part of the band’s three-week U.S. tour. The evening’s high-energy performance will feature Brian McDonagh on mandolin, Liam Kelly on flute and whistles, Shane Mitchell on accordion, Michael Holmes on bouzouki, Cathy Jordan on vocals, and special guest Kevin Burke on fiddle. The concert is part of the Museum’s Performing Arts Series.   END_OF_DOCUMENT_TOKEN_TO_BE_REPLACED

In a conversation with ClevelandClassical.com, Tom Welsh, director of CMA’s Performing Arts series, described the season’s offerings as “broad” and representing “a full expanse of human activity,” adding that the audiences for the series can look forward to experiencing types of music “that might not yet have made their ways into your life.” END_OF_DOCUMENT_TOKEN_TO_BE_REPLACED

END_OF_DOCUMENT_TOKEN_TO_BE_REPLACED

The strings-only work by Berg has made relatively frequent appearances on the Orchestra’s programs. In 2021, the musicians recorded it for the In Focus series, and it appeared again on last year’s European tour. Friday’s rendition maintained the group’s characteristic light and effortless playing, each section blending as much as possible to echo the work’s original form as a string quartet. At fifteen minutes total, the piece is quite short, but the dense encoded musical meanings require some extra-attentive listening. Splitting up the three movements ensured that each one could be appreciated on its own. END_OF_DOCUMENT_TOKEN_TO_BE_REPLACED