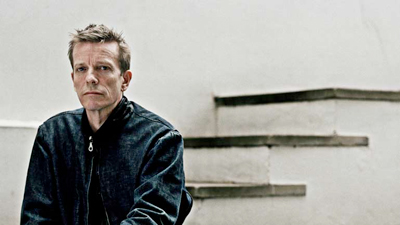 In 1935, Frances Bolton acquired the Cleveland Museum of Art’s first film projector and began hosting screenings of works by prominent filmmakers. Now, 80 years later, the program is still going strong, with around 90 annual screenings of historic and avant-garde movies alike. According to the Museum’s website, the program is one of the oldest in the nation, and it continues to draw thousands of patrons over the course of the year.

On Friday evening, June 19, a modest crowd gathered in Morley Lecture Hall in the Museum. A projection screen hangs in the front of the hall, with speakers dotted around the room to provide an optimal surround sound experience. At precisely 7:00 pm, the lights dimmed and the night’s program began, though latecomers continued to trickle in. END_OF_DOCUMENT_TOKEN_TO_BE_REPLACED 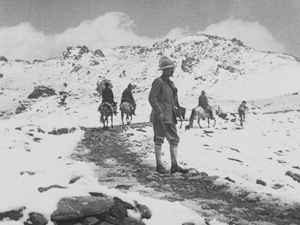 In June of 1924, English mountaineers George Mallory and Andrew Irvine disappeared while attempting to scale the world’s highest mountain. Their journey up Mount Everest was documented by mountaineer and filmmaker John Baptist Lucius Noel. Shot with a hand-cranked camera, Noel’s film is also one of the earliest filmed records of life in Tibet. Restored by the British Film Institute with the addition of a musical score by Simon Fisher Turner, The Epic of Everest will have its Cleveland revival premiere on Friday, June 19 at 7:00 pm in Morley Lecture Hall at the Cleveland Museum of Arts.

Simon Fisher Turner began his diverse career as a musician, songwriter, composer, producer, and actor portraying Ned East in the 1971 BBC TV adaptation of Tom Brown’s Schooldays. His musical work in film began with director Derek Jarman, for whom he scored many feature films — from Caravaggio (1986) through to Jarman’s final work, Blue (1993). END_OF_DOCUMENT_TOKEN_TO_BE_REPLACED

END_OF_DOCUMENT_TOKEN_TO_BE_REPLACED

Then, you heard all the qualities that make for a stunning soloist. Winner of the 2013 Cleveland International Piano Competition, Khristenko was back in town this month for a recital in Piano Cleveland’s summer series, Piano Days @CLE. And he couldn’t help but revel in the spotlight a little, even as he settled into a more collaborative role at the keyboard for his program, “Stanislav and Friends.” END_OF_DOCUMENT_TOKEN_TO_BE_REPLACED

Now, both pieces on Saturday might be called one thing, but they really sound like another. “Symphony” is a title that would fit Sergei Rachmaninoff’s Piano Concerto No. 2, as well as John Adams’ modern masterpiece for orchestra, Harmonielehre. END_OF_DOCUMENT_TOKEN_TO_BE_REPLACED

And the Orpheus effect has everything to do with who’s not onstage. The New York City-based group has rehearsed and performed without a conductor since its founding in 1972, and this means its members share the musical authority that typically rests with one person. Multiplied by a dozen or so, the interpretation of a piece suddenly emanates from every player, from the concertmaster to the double bass, resonating with a kind of collective power. END_OF_DOCUMENT_TOKEN_TO_BE_REPLACED