It is often impossible to say why a work of art captivates you to the point of becoming an obsession. Such is the case for composer Ricardo Zohn-Muldoon and Juan Rulfo’s novel Pedro Páramo. In his program notes for his scenic cantata Comala, Zohn-Muldoon writes: “To explain why Pedro Páramo moves me so deeply is beyond my capabilities as an essayist.”

On Friday, October 18 at 7:30 pm in the Cleveland Museum of Art’s Gartner Auditorium, the Zohn Collective will present “Portals,” which pairs Comala with the world premiere of Daniel Pesca’s Nocturnes, a setting of four poems by Irving Feldman. Conducted by Timothy Weiss, performers include soprano Tony Arnold and tenor Zach Finkelstein, with La Coperacha Puppet Company. The performance is part of CMA’s Performing Arts Series. Tickets are available online.

“This is a piece I’ve been composing on and off for all of my adult life,” Zohn-Muldoon said of Comala during a telephone interview. “Every time it gets performed I add a new theme — I just finished one that will be premiered on this occasion — so now it’s gotten very large.”

Comala was premiered by The Furious Band at the Festival Música y Escena in México City in 2001. END_OF_DOCUMENT_TOKEN_TO_BE_REPLACED 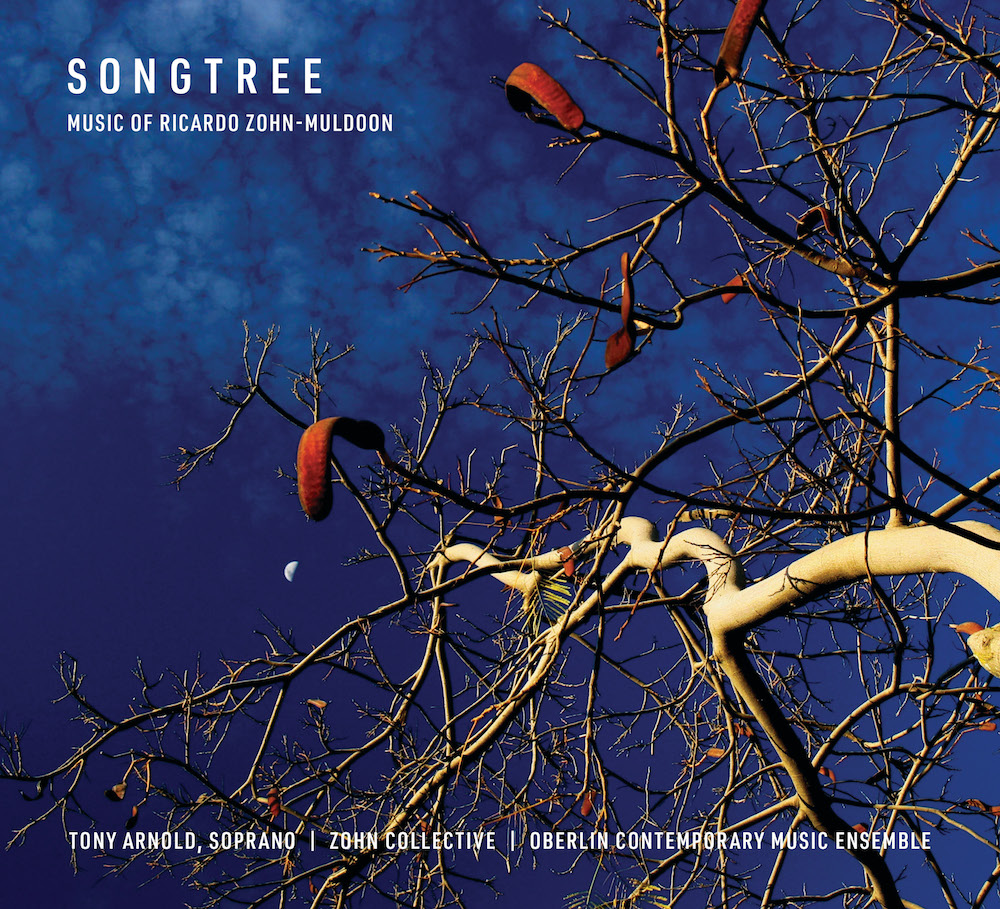 The alluring, accessible, and wildly creative music of Ricardo Zohn-Muldoon is the focus of last month’s release from the Oberlin Music label, Songtree.

END_OF_DOCUMENT_TOKEN_TO_BE_REPLACED

Franz Schmidt’s Symphony No. 4 showcased the ensemble, under guest conductor Jonathan Berman, in the standard conventions of a not-so-standard piece. But at the start of the program, the musicians were equal partners to pianist Cédric Tiberghien, whose playing could be as bold as the full orchestra or as intimate as any instrumental solo. END_OF_DOCUMENT_TOKEN_TO_BE_REPLACED

END_OF_DOCUMENT_TOKEN_TO_BE_REPLACED

Jackson began the program with a recitation of Langston Hughes’ poem “Helen Keller” — the first of five poems by Hughes that served as interludes between each piece on the first half. END_OF_DOCUMENT_TOKEN_TO_BE_REPLACED

Pianos with pins and tape on strings, a bass drum and tam tam, crotales, Almglocken, and vibes. Microphones were hooked up all around the instruments. The feed was sent to speakers around the room. Lighting designer Nicholas Houfek hung incandescent globes over the arrangement of instruments from thin black wires stretching across the beams. END_OF_DOCUMENT_TOKEN_TO_BE_REPLACED

From the podium, Elim Chan set an ambitious tone for the evening. The rising star conductor, here in her Cleveland Orchestra debut, has a commanding style, and every twist and turn in Saturday’s performance tracked closely with her baton. END_OF_DOCUMENT_TOKEN_TO_BE_REPLACED