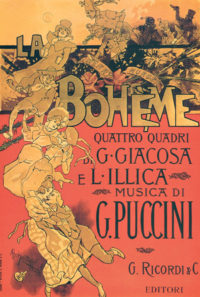 Arguably one of the most popular operas ever written, Puccini’s La bohéme is third only to Verdi’s La traviata and Bizet’s Carmen in the most-performed-opera-of-all-time category. On Saturday, June 10 at 7:30 pm, The Cleveland Opera will bring the story of those beloved Parisian bohemians to the Ohio Theater in Playhouse Square. Grzegorz Nowak will conduct The Cleveland Opera Orchestra and Chorus. The production will be sung in Italian with English supertitles.

Giacomo Puccini’s opera centers around the writer Rodolfo (Jorge Pita Carreras), the painter Marcello (Jianan Huang), the musician Schaunard (James Binion), and the philosopher Colline (Bryant Bush), who are roommates in an attic apartment in Paris’s Latin Quarter. Living a bohemian existence, the four are barely scraping together enough money to eat, all the while dodging their landlord (Jason Budd), and selling their artwork in order to get by.

On Christmas Eve, Schaunard decides to treat his three friends to a night out at the local hot spot, Café Momus. Rodolfo stays behind, and is surprised a few minutes later by a knock at the door. It is the charming seamstress Mimì (Dorota Sobieska), who lives in a neighboring apartment. Rodolfo later joins his friends with Mimì in arm, but things heat up when Marcello’s on-again, off-again flame, Musetta (Angela Mitchell), arrives to cause a scene. Rounding out the cast will be Adam E. Shimko as the State Councilor Alcindoro, and Kyle Kelvington as the toy vendor Parpignol.

But what makes the story so compelling? For soprano Angela Mitchell, who will be making her company debut in the production, it’s the opera’s timeless themes of love and heartbreak. “The characters are easy to relate to — they’re poor artists trying to make it in Paris,” she said. “They’re scraping by, living in tiny apartments and not quite sure where their next meal is going to come from. That’s similar to young people these days who are trying to make it as artists in New York.”

Also making their company debuts are baritone Jianan (Andy) Huang and bass Bryant Bush, both of whom agree with Mitchell about the ease with which people can relate to the story. “People understand it because it is about relationships. And the melodies are so catchy — you can walk the streets singing them,” Huang said. Bush added, “I think it’s the friendship they have together that draws people in. They, too, want to be a part of that group. And people who don’t follow opera most likely know this one because of the musical Rent, which was my first experience with the story back in high school.”

During separate telephone interviews, I asked Mitchell, Huang, and Bush to share some insights into their characters. 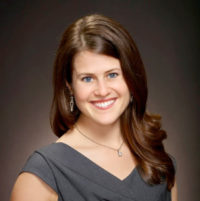 The role is a whole lot of fun. She’s such a saucy little minx. She comes in during the middle of Act 2 and steals the show with her big number “Quando me’n vo,” (aka Musette’s Waltz). In Act 3 she has a blowout, breakup fight with Marcello. But in Act 4 you see her softer side when she finds a very sick Mimì and brings her back to the rest of the group. She even says a prayer for her at the end. 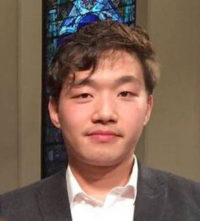 Rodolfo is my best friend and I treat him like a brother. When he’s in trouble I want to help him, especially with his relationship to Mimì. I try to lead him to a better way. Marcello is a funny guy, but he’s also a jealous guy, and because he is in a relationship with someone as attractive as Musette, he’s not seeing things as they really are. 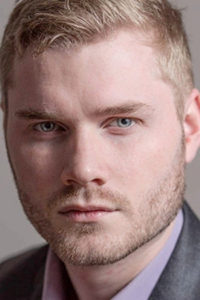 He’s easy for me to relate to because I am a poor college student, and these are poor bohemians living together in an attic. Colline has an inflated view of himself. He thinks he’s this wise philosopher, but nearly all his lines are repeating someone else’s thoughts. It isn’t until his famous “coat aria” in Act 4 that he comes into his own and expresses the reality of what is happening. It is a major turning point in the opera for everyone, because their lives will never be the same again.

I also asked each of the singers when they were first bitten by the “opera bug.”

It wasn’t until college. I loved singing, but the practical side of me was saying that I should have a way to support myself, so I entered the University of Minnesota to pursue a bachelor of music in voice and a bachelor of science in business. After graduation I first chose the business route and was hired by an IT consulting firm — nothing could be more different from music than working in IT consulting.

It was a great experience, but I wanted to get back into music, so I quit and entered the graduate program at the University of Houston. And because I had done an internship for American Public Media in Minneapolis, I went to the public radio station in Houston and talked my way into an internship there as well. Now I have a dual career in performing and broadcasting — I couldn’t choose between the two. So, during the day I’m at WCLV and at night I’m performing.

I always liked opera, and I studied piano as a child growing up in China. I think I first decided to be an opera singer during my sophomore year at Adelphi University on Long Island, where I was a business major. I needed money so I was given a part-time job singing in the school’s choir. The conductor said that I should find a teacher, so I began studying voice at a nearby school that had an opera program. Now I’ve just finished my master’s in voice at Indiana.

I grew up in Mobile, Alabama, and I decided to become a musician on the way to Boy Scout summer camp while listening to Les Mis and Jekyll and Hyde — they blew my mind. So it was musical theater that made me want to be a singer. I started my classical training when I was an undergrad at the University of Alabama, where I was introduced to art song and performed in opera scenes. I think when it comes to any of the classical art forms, the more you study them, the more you begin to appreciate and love them. That’s what happened for me with opera —  it’s a passion that’s grown over time. Now I’m now earning my master’s at CIM, but this isn’t something I ever pictured myself doing when I was eighteen and a senior in high school.

END_OF_DOCUMENT_TOKEN_TO_BE_REPLACED

Supported by engagingly, yet simple staging by Cara Consilvio, a well-prepared cast of singers told the archetypal story of Cinderella with charm and flair. Framing the production was  a sparse but colorful set and wonderful lighting by Dave Brooks. END_OF_DOCUMENT_TOKEN_TO_BE_REPLACED