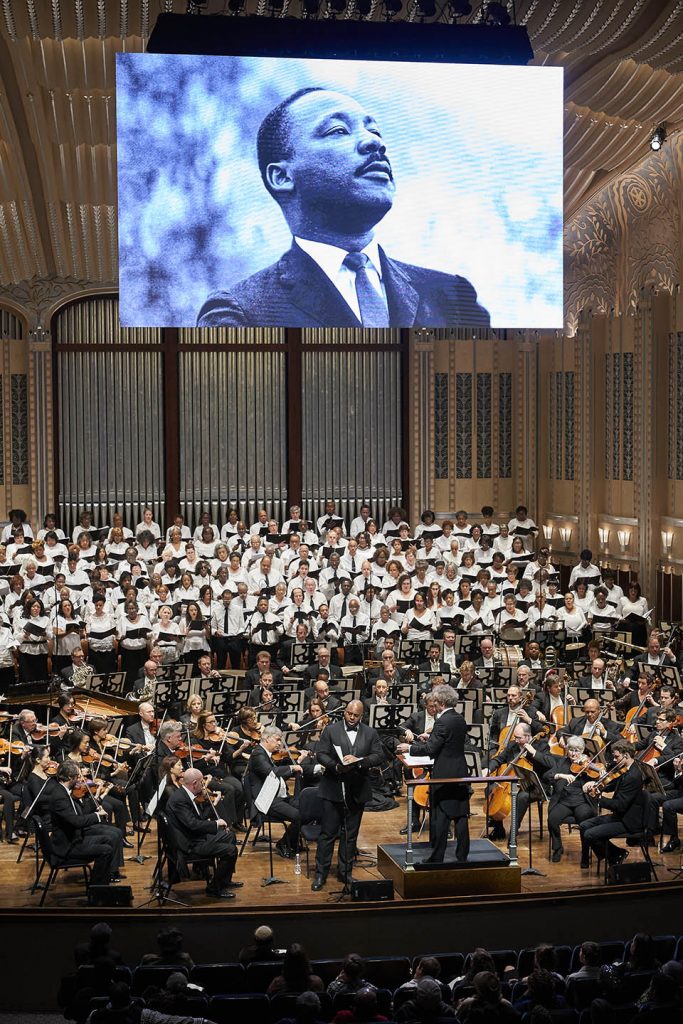 The concert typically sells out far in advance, but perhaps because of the rescheduling, you have the rare opportunity to still get free tickets. That link also provides program details and information about livestreams and live broadcasts.

I had the pleasure of speaking with Vinay Parameswaran by phone in early January to talk about several of the pieces on this year’s program — particularly the works by living composers — and why this concert means so much to him every year.

Jarrett Hoffman: Let’s start with the newest piece on the program, Carlos Simon’s Fate Now Conquers from 2020. I read in his notes that it was influenced by Beethoven — it follows the harmonic structure of his Seventh Symphony, second movement. 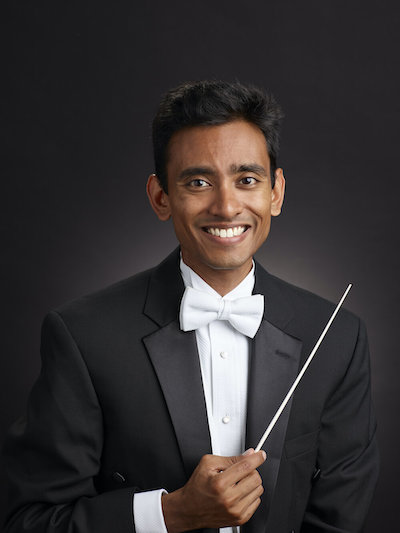 Vinay Parameswaran: There’s definitely a connection there, but what I love about this piece is that it’s very much Simon’s original language. He takes elements of Beethoven and incorporates them into his own unique way of writing for orchestra. I also like that there’s struggle in it — there’s conflict and tension. And even though it’s not very long, I think the journey of it is really compelling.

JH: Another short piece with a unique language is Brian Nabors’ Iubiolo.

VP: He’s an exciting young composer — I’m really interested in a lot of his work. His music has been played quite a bit, but I think it’s exciting for us to present a composer who’s still growing in reputation. I have a feeling that his music is going to be played a lot by Cleveland and other major orchestras.

JH: I saw on his website that he’s booked up for commissions through the beginning of 2023.

JH: There’s one piece that’s not particularly recent but that doesn’t seem to have ever been recorded — although it’s been performed by big-name orchestras like Detroit and Dallas. And that’s Celebration by Dolores White, who is of course a Clevelander.

VP: I think The Cleveland Orchestra has a special connection with Dolores White because her husband [the late Donald White] was in the Orchestra. So you could say she’s part of the family.

This piece is a great way for us to open our program in a celebratory mood. The audience will hear a lot of energy coming from the orchestra — they’ll get that immediately, and that continues throughout the entire piece. So I’m excited for us to play this, and I can’t wait for the audience to hear it as well.

JH: I know that last year at Blossom, the Orchestra played Mary D. Watkins’ Soul of Remembrance. It’s a beautiful piece, but she’s not very well-known.

VP: She’s not, and I think this is a piece that has been unfairly ignored. I’m glad that we played it at Blossom — Brett [Mitchell] conducted it, and it’s the perfect fit for this program. We have so much energetic music with the Nabors, the White, the Simon. This piece is so beautifully written and orchestrated, and so moving. I think it’ll provide time to reflect. And obviously on this program, where we’re reflecting on history and thinking about the future, it’s perfect.

JH: In terms of reflecting, I know that you’ve conducted this concert a couple of times now. I’m curious to hear about your experiences with it, and how it feels to lead a program in honor of MLK. 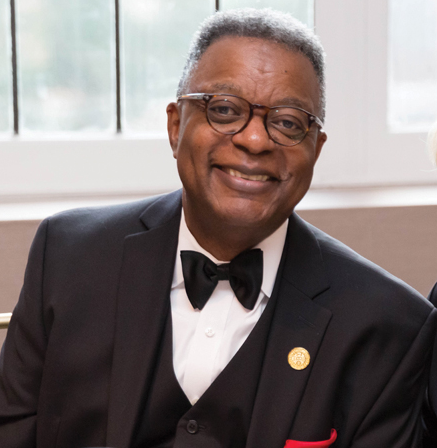 VP: It’s one of the programs I look forward to the most because it’s a real celebration of community. And having Dr. Caldwell (pictured left) there every year — he does amazing work with the chorus, and he’s such a magnetic presence when he conducts and when he leads. Just sharing the program with him is a tremendous honor for me.

JH: You mentioned how this is a real community event. Along those lines, I know there’s a tradition of ending the concert with a singalong of Lift Every Voice and Sing.

VP: We invite everyone to join. I think it’s a cathartic way to end the program after we’ve gone on this whole journey. As I said, the real key to this concert is community. And I think that inviting everyone to sing Lift Every Voice at the end is reflective of that.

Jackson began the program with a recitation of Langston Hughes’ poem “Helen Keller” — the first of five poems by Hughes that served as interludes between each piece on the first half. END_OF_DOCUMENT_TOKEN_TO_BE_REPLACED

Pianos with pins and tape on strings, a bass drum and tam tam, crotales, Almglocken, and vibes. Microphones were hooked up all around the instruments. The feed was sent to speakers around the room. Lighting designer Nicholas Houfek hung incandescent globes over the arrangement of instruments from thin black wires stretching across the beams. END_OF_DOCUMENT_TOKEN_TO_BE_REPLACED

From the podium, Elim Chan set an ambitious tone for the evening. The rising star conductor, here in her Cleveland Orchestra debut, has a commanding style, and every twist and turn in Saturday’s performance tracked closely with her baton. END_OF_DOCUMENT_TOKEN_TO_BE_REPLACED