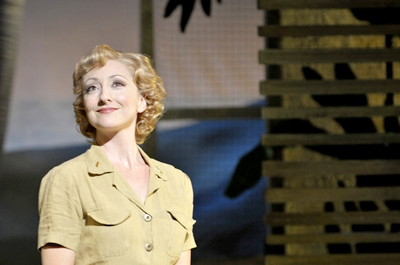 On Sunday, October 26, The Musical Theater Project will present its dynamic new production, Mary Martin: America’s Sweetheart, in Mixon Hall at the Cleveland Institute of Music, in cooperation with CIM. Hosted by Bill Rudman under the musical direction of Nancy Maier, two identical programs at 2:00 and 7:00 pm will feature Ursula Cataan and Sandra Simon, each performing as Mary Martin during different stages of her career. (Note: the 2 pm performance is already sold out.)

Bill Rudman, Artistic Director of The Musical Theater Project (TMTP), illuminated the concept behind the upcoming program in a recent phone conversation. “It’s sort of a joke in musical theater that Ethel Merman and Mary Martin were the two first ladies of the American musicals. They were both major stars and equally important figures. So I thought it would be fun to do an Ethel Merman concert and a Mary Martin concert and try to do them as closely together as I could. The Ethel Merman concert was performed last weekend in Stocker Arts Center in Elyria. This way people will have the chance to go to both of them and then really be in the position to compare and contrast these two amazing performers.”

Mary Martin: America’s Sweetheart is part of The Song is You! Concert and Cabaret Series. The Musical Theater Project performs annually at CIM’s Mixon Hall, this being its third season. The 2014 production follows last year’s performance of Rodgers Without Hart or Hammerstein, which focused on Richard Rodgers’ musicals after the death of Oscar Hammerstein, and the 2012 show, An Afternoon with Sheldon Harnick, a feature on the lyricist who wrote Fiddler on the Roof with composer Jerry Bock.

The current show aims to be cross-generational, highlighting Martin’s roles in what Rudman calls three iconic musicals: South Pacific, Peter Pan, and The Sound of Music. Ursula Cataan will portray the younger Mary Martin, Sandra Simon the older, with Nancy Meier at the piano. The concert will be driven by Rudman’s spoken commentary and by excerpts from the memoirs of Mary Martin. “It all interweaves as a show that is multimedia but also a really interesting mix of spoken text and songs,” Rudman said. 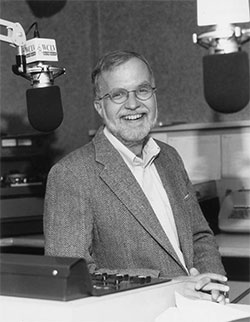 Rudman founded The Musical Theater Project fifteen years ago. “Its mission,” he said, “is to raise consciousness about the American musical as a great American art form.” He added that educational programming is at the crux of the organization. One example is the Kids Love Musicals program, an artist-in-residence program that serves children in grades K-5 throughout the Cleveland community. “However,” Rudman said, “the variety of programming presented by TMTP aims to serve any age, ranging from kindergarteners to adults.”

Through TMTP, Rudman also hosts the radio programs Footlight Parade, which premiered on Cleveland’s own WCLV 32 years ago, and On the Aisle, which is in its sixth year on SiriusXM satellite radio. Footlight Parade airs on WCLV 104.9 FM on Saturdays at 6 pm EST and is syndicated to some one hundred stations, including one in Indonesia. On the Aisle is heard every Saturday at 3 pm EST on SiriusXM channel 72, with an encore presentation on Tuesdays at 9 pm.

The cimbalom was the feature of the show, an instrument capable of taking on many personas. Its performer, Chester Englander, has shaped his career around the instrument, and has inspired composers to write more repertoire for it, some of which was presented on the program. END_OF_DOCUMENT_TOKEN_TO_BE_REPLACED

You wouldn’t expect that acoustic from a glance at the nave, which is wide and long, but not especially lofty. But when I guest conducted a local amateur choir and professional orchestra in Beethoven’s Mass in C there a few years back, during the first rehearsal we released the final chord of the “Gloria” and listened in astonishment for the next several seconds. The sound continued to roll down the space like the big wave that surfers dream about. END_OF_DOCUMENT_TOKEN_TO_BE_REPLACED