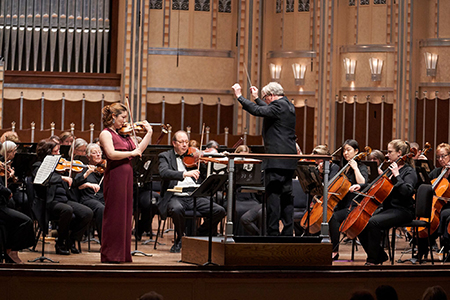 On Sunday afternoon, April 7, the Cleveland Women’s Orchestra made its 84th annual visit to Severance Hall, dedicating its program to the memory of Robert L. Cronquist, who led the ensemble from 1990 until his passing early last fall. The program, led by John Thomas Dodson, featured violinist Jinjoo Cho for the fifth time since her debut with the ensemble in 2003, and included works that Cronquist had conducted during his long tenure with the Orchestra.

Cho was the brilliant soloist in the Dvořák Concerto, a work that Cronquist never got around to performing with the CWO, although that composer was one of his favorites. The violinist was musically commanding and radiated a charismatic presence onstage, nearly dancing her way through the infectious Czech tunes that thread their way through the finale. Dodson led a tight performance, partnering masterfully with Cho’s expressive playing. 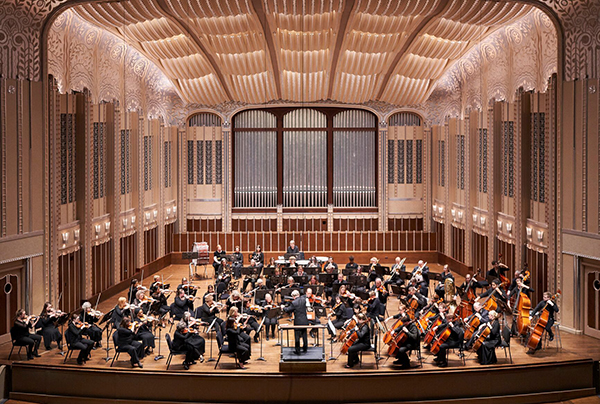 The Dvořák came at the end of the afternoon’s program, which began with the elegiac “Nimrod” from Elgar’s Variations on an Original Theme, played in honor of Robert Cronquist.

Schubert’s Symphony No. 8 and Sibelius’ Finlandia followed in performances that enjoyed both lovely and noble moments, but were compromised by false notes and mistuned chords in winds and brass. Otto Nicolai’s Overture to the Merry Wives of Windsor mirthfully raised the curtain on the second half of the program. 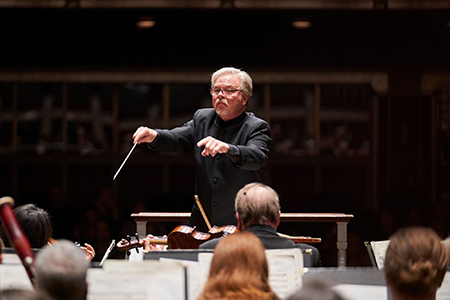 While scheduling circumstances prevented John Thomas Dodson from having extensive rehearsal time with the ensemble, his clear and communicative leadership on the podium was instrumental in pulling together performances that might have gone awry.

Audience members in the dress circle and balcony may have noticed a number of male musicians seeded among the ranks of the ensemble on Sunday. A note at the foot of the Orchestra roster read, “For this concert, the Cleveland Women’s Orchestra is joined onstage by a number of Robert Cronquist’s lifelong friends.”

Another note in the program called attention to a memorial concert to be played by the Lakeside Symphony Orchestra on August 6. Cronquist conducted that summertime ensemble for 47 years, from 1971-2017. Details can be found here.

The cimbalom was the feature of the show, an instrument capable of taking on many personas. Its performer, Chester Englander, has shaped his career around the instrument, and has inspired composers to write more repertoire for it, some of which was presented on the program. END_OF_DOCUMENT_TOKEN_TO_BE_REPLACED

You wouldn’t expect that acoustic from a glance at the nave, which is wide and long, but not especially lofty. But when I guest conducted a local amateur choir and professional orchestra in Beethoven’s Mass in C there a few years back, during the first rehearsal we released the final chord of the “Gloria” and listened in astonishment for the next several seconds. The sound continued to roll down the space like the big wave that surfers dream about. END_OF_DOCUMENT_TOKEN_TO_BE_REPLACED