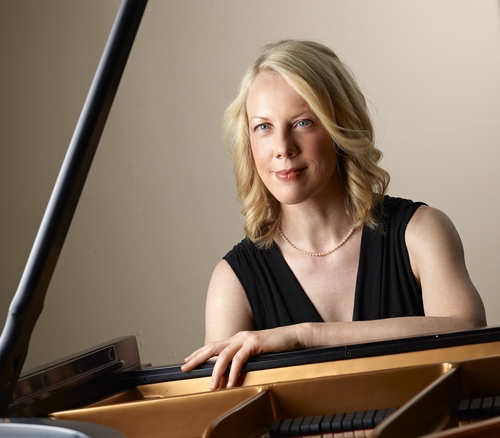 Last Saturday’s Youngstown Symphony season opener at Powers Auditorium under the direction of Music Director Randall Craig Fleischer featured a delightful rendition of Beethoven’s Piano Concerto No. 3 in c with Caroline Oltmanns as soloist. She maintained an impressive focus throughout the performance, playing with delicacy and elegance.

Orchestra and soloist flowed smoothly through the enchanting twenty-minute first movement. After the orchestral exposition, which included charming passages from the principal clarinet, Oltmanns sparkled in her opening ascending flourish, and artfully tossed off the many trills. She played the brighter second theme gracefully, and her cadenza, especially in her effortless arpeggios, was outstanding.

The Largo begins in the distant key of E Major with a beautiful extended piano solo. The orchestra answers, leading to marvelous exchanges between piano and principal flute. On Saturday, the woodwinds and strings supported this with perfect intonation and agility. Later Oltmanns deftly played decorative triplets against slower-moving thematic entrances. Her ornamented passages near the end were gorgeous.

The third movement, a gypsy-sounding rondo, begins with a lively piano solo. Lovely clarinet and oboe solos adorned the orchestra’s response, followed by fugato string entrances. The conversation between piano and orchestra was playful, and Oltmanns’ cadenza was exciting. The sudden move to a fast 6/8 meter and the following exchanges between piano and orchestra helped bring this glorious piece to a rousing conclusion.

Oltmanns received a standing ovation and played Friedrich Gulda’s bluesy Exercise No. 9 as an encore. Gulda, a stellar classical Viennese pianist, became interested in jazz and collaborated on recordings with greats like Chick Corea. Oltmanns’ performance was expressive and charming.

Brahms composed his Academic Festival Overture in response to an honorary doctorate given to him by the University of Breslau. Though he never attended college, he decided to use four boisterous student drinking songs and to include the nationalistic Rakóczy March. One of the composer’s largest orchestral scorings, the Overture employs full brass and percussion sections. Fleischer and the Orchestra zoomed through the piece with strong ensemble playing.

Brahms’s Hungarian Dances Nos. 5 and 6 are from a set of ten folk dances he originally composed for two pianos. Like the Overture, the orchestration is huge, and Fleischer carefully controlled the sudden slowing of the tempo at appropriate moments. The audience loved these universally-known tunes.

One of Wagner’s most popular works closed the program. Ride of the Valkyries appears at the beginning of Act 3 in the second of Wagner’s Ring Cycle operas, Die Walküre. These eight female Norse deities, who take slain warriors to Valhalla, call out to one another as they await the appearance of Brünnhilde, the ninth Valkyrie and the favorite of the god Wotan.

Brass players live for the opportunity to play this piece, and the exchanges between horns and trombones were magnificent as they soared over the full orchestra and huge percussion section. The enthused audience cheered.