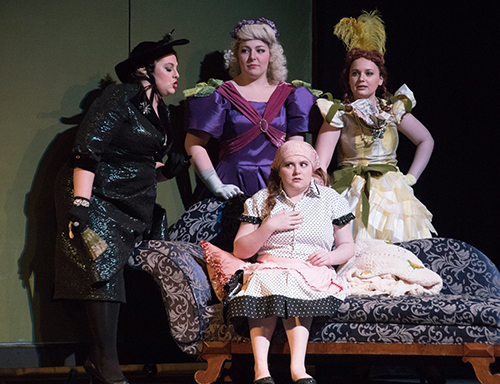 Henri Cain’s libretto, after Perrault’s 1698 fairytale version, emphasizes personality depiction sometimes at the expense of action. Still, frequent arias and ensembles supported by Massenet’s beautiful music make the opera memorable. Though the pacing was excellent, Ford Auditorium’s acoustics made it difficult to clearly distinguish the words, and challenging for the reduced orchestra to maintain balance. 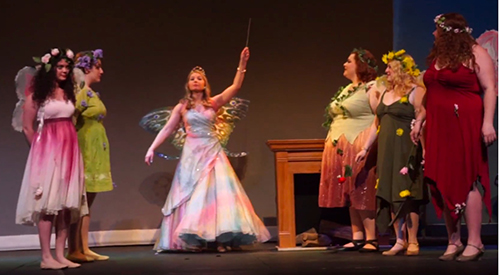 As Fairy Godmother, soprano Francesca Sierra Molinaro led the cast with flair, sailing gracefully through her coloratura high range and wonderful arpeggios. Act III’s Second Tableau was absolutely stunning, beginning with Molinaro’s lovely vocalise passages supported by the wordless humming of the quintet of Spirits, and moving seamlessly to text passages where she interacted with Cinderella and the Prince. 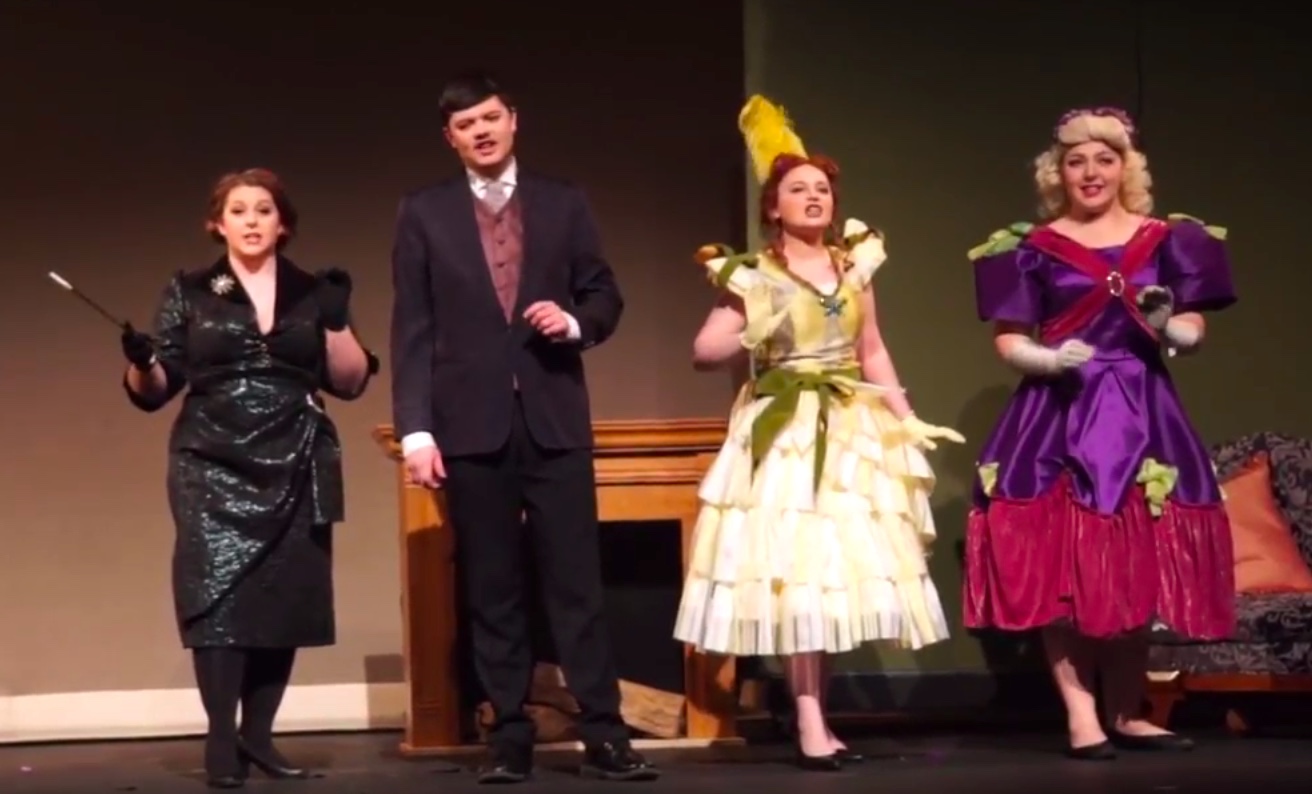 Baritone David Mouse made the role of Cinderella’s well-meaning father Pandolfe come to life with strong singing and fine stage presence. His movements really seemed that of a middle-aged man and reflected his sensitivity to his daughter. His interesting vocal color was especially notable in the low range. 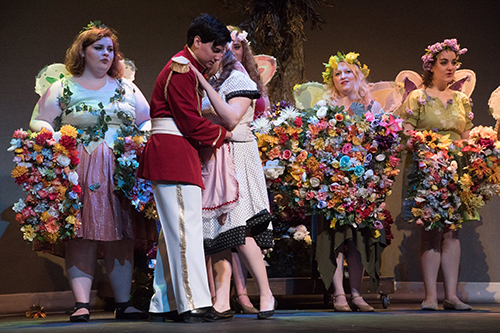 Mezzo-soprano Erika Walker used her dark and penetrating vocal color effectively to project the self-centered, aggressive personality of Madame de la Haltière. She and her haughty daughters open Act I as they prepare for the ball with the help of servants. Pandolfe remarks dejectedly that he pities Cinderella’s lot and wonders why he left his quiet country home to marry a selfish countess with two selfish daughters. 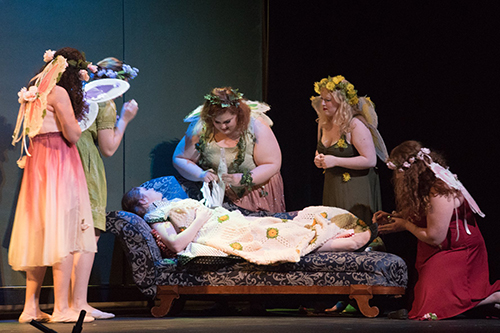 As the daughters, Noémie and Dorothée, Sara Eckenrode and Brianna Crawford shadowed the countess throughout the opera in stylized fashion. Good singing and comic movement characterized their performances. 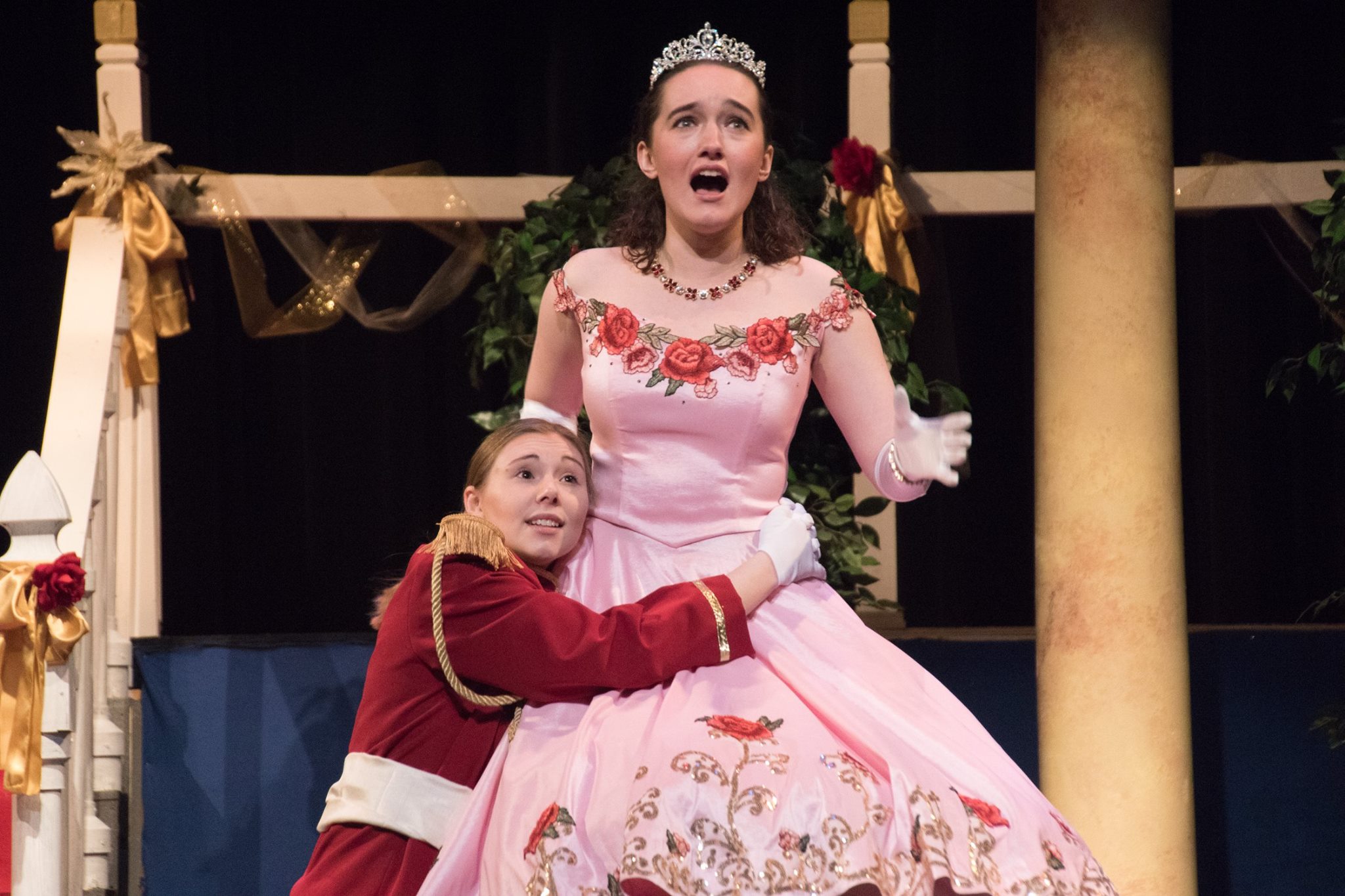 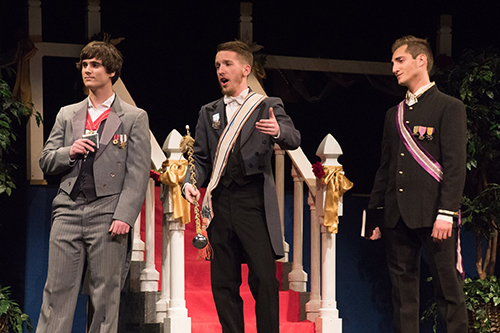 Santiago’s voice had uniformly fine quality in all ranges. Placing him in a wheelchair, weakened by sadness and worry as he struggles to find Cinderella, was an interesting theatrical touch in Act IV. Awaiting the candidates trying the glass slipper, he sang dispiritedly against an entrancing low oboe solo.

Later, when the Fairy Godmother and five accompanying spirits enter to unite the lovers, Pandolfe, Madame de la Haltière, and her two daughters appear. All the protagonists, joined by the consistently excellent chorus, expressed their exquisite joy at the happy ending.

The cimbalom was the feature of the show, an instrument capable of taking on many personas. Its performer, Chester Englander, has shaped his career around the instrument, and has inspired composers to write more repertoire for it, some of which was presented on the program. END_OF_DOCUMENT_TOKEN_TO_BE_REPLACED

You wouldn’t expect that acoustic from a glance at the nave, which is wide and long, but not especially lofty. But when I guest conducted a local amateur choir and professional orchestra in Beethoven’s Mass in C there a few years back, during the first rehearsal we released the final chord of the “Gloria” and listened in astonishment for the next several seconds. The sound continued to roll down the space like the big wave that surfers dream about. END_OF_DOCUMENT_TOKEN_TO_BE_REPLACED