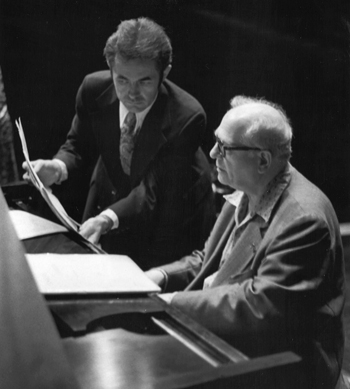 Paukert will be honored by the Cleveland Chapter of the American Guild of Organists at St. Paul’s on Sunday, January 29 at 4:00 pm. “Karel Paukert Up Close and Personal” will include an interview and Q&A period led by Timothy Robson, and the world premiere of Labyrinths by Kent State University composition professor Frank Wiley. A reception will follow the event.

Robson, who is deputy director of the Kelvin Smith Library at Case Western Reserve University, a correspondent for ClevelandClassical.com and Britain’s Bachtrack, and an organist himself, said by email that he plans to ask Paukert about his early life in Czechoslovakia, his time in Western Europe (including a stint as oboist with the Iceland Symphony Orchestra), and finally his emigration to the U.S.

“It’s still not fully set,” Robson said, “but I plan to talk about Karel’s musical mentors and ask him to share some anecdotes about the many famous musicians he hosted during his career at the Cleveland Museum of Art — focusing particularly on organists. He has so many stories.”

In a telephone conversation, composer Frank Wiley said he has had the good fortune to work with Karel Paukert on a number of projects, including Vox luminis (“Voices of Light”), which he wrote for him in 1989.

Labyrinths, which will be heard for the first time on Sunday afternoon, was originally conceived as a chamber work to celebrate Paukert’s 80th birthday in 2015 . Not performed on that occasion, it has grown into a 25-minute, site-specific piece tailor-made for St. Paul’s and its musical resources. Those include three pipe organs all in different temperaments and tuned at different pitch levels, five soprano soloists and female choir, clarinetist Dennis Nygren, violist Kirsten Docter, percussionist Paul Cox, and the acoustics of the nave of St. Paul’s itself. 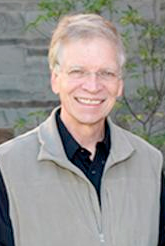 Wiley described the work as “inspired by labyrinth-walking, an activity that invites the walker, whether indoors — as at Chartres Cathedral — or outdoors, to slow down from the hectic pace of life and enter a meditative state. The whole sonority of the piece is based on a musical anagram of Karel Paukert’s surname.”

Karel Paukert will be stationed at St. Paul’s main organ, the 1952 Holtkamp instrument. Wiley and his wife will split duty between the Italian-style Hradetzky instrument in the back gallery and the Vladimir Slajch positiv organ downstairs.

“Two soloists and the women’s chorus will be in the balcony,” Wiley said. “Downstairs, the other performers will process, entering gradually. There will be a cue-giver who mainly follows the Organ 1 part. Everybody is improvisational. I have provided them with musical cells to work from and they choose which ones to play. Pitches and the rhythmic concept are given in the score, but performers choose the order and the actual rhythms. Karel’s improvisations are mainly about registration choices. The other two organists have no real notes to play, but partially draw stops to create microtones. Near the end, the women’s chorus will sing microtones, taking their cues from the gallery organ. It’s very free and unmetered. The Organ 1 part is pointillistic, while everything else provides a floating background.”

Wiley said he is delighted to be able to compose a new piece for his “wonderful friend Karel Paukert, a truly extraordinary musician who has enriched the lives of so many through his music.” But the composer admits that he won’t know what the piece sounds like until Sunday afternoon. “Because there’s so much freedom, it will be interesting to see how it goes. I can’t wait to hear it.”