Among the more appealing attractions of the classical music genre is its ability to wrap the talents of multiple generations into a single performance. In the next two weeks, young musicians will be showcased alongside their more seasoned colleagues in concerts by the Akron Symphony, the Chamber Music Society of Lincoln Center, and The Cleveland Orchestra.

On Saturday, January 10 at 8:00 pm in E.J. Thomas Hall, Akron Symphony music director Christopher Wilkins will yield his baton to one of his mentors, the distinguished British-born conductor Benjamin Zander (Wilkins played oboe with the Boston Philharmonic under Zander after graduating from Harvard). Zander, in turn, has invited one of his young mentorees, cellist Jonah Ellsworth, to play the Dvorak concerto with the orchestra (above, Ellsworth with Zander after their performance of Strauss’s Don Quixote in May, 2014).

On the following Tuesday, January 13 at 7:30 pm, violinist Benjamin Beilman, a member of the Chamber Music Society at Lincoln Center’s “CMS Two” program, will join four veteran CMS musicians for music by Kodály, Brahms and Dvorak on the Cleveland Chamber Music Series at Plymouth Church in Shaker Heights.

And on Sunday, January 18 at 7:00 pm at Severance Hall, 2014 Sphinx Competition laureate Sterling Elliott, cello, will be the featured soloist in the annual Martin Luther King Celebration Concert with The Cleveland Orchestra.

19-year-old Jonah Ellsworth comes from a musical family. His pianist mother, Heng-Jin Park, teaches at the New England Conservatory and is a founding member of the Boston Trio. His brother, Paris, is a violinist, completing all the requirements for an in-family piano trio.

Ellsworth has studied at the New England Conservatory, and has played principal cello with Zander in the Youth Philharmonic Orchestra at NEC. In May of 2014, he appeared with violist Gerald Karni and Zander’s Boston Philharmonic Youth Orchestra in Richard Strauss’s Don Quixote at Harvard’s Sanders Theater. (Watch a video of that performance here.)

The Chamber Music Society of Lincoln Center, the brainchild of American composer William Schuman, dates back to the original conception of the Lincoln Center for the Performing Arts in the mid-1960s. Planned as a small resident group of nine string, wind and keyboard artists, CMS’s first performance took place in its dedicated venue of Alice Tully Hall on September 11 of 1969. Under the successive leadership of Charles Wadsworth, Fred Sherry, David Shifrin, and most recently, David Finckel and Wu-Han, the Society has grown to over thirty-five artists, plus guest performers, who play a wide range of chamber music in several Lincoln Center venues and on tour.

An important development in the history of CMS was the invention of CMS Two, a three-year residency for young musicians and ensembles that can feed into CSM itself. It counts among its alumni violinist Hilary Hahn, cellist Alisa Weilerstein, pianist Lang Lang, and violinist and violist Yura Lee. 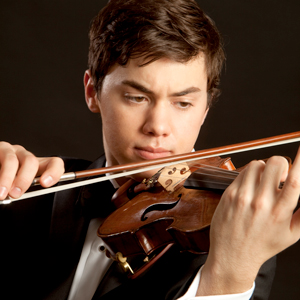 Now in his early 20s, Beilman has amassed a slew of recent honors, including first prize in the 2010 Montréal International Competition and the Young Concert Artists Auditions. He’ll make his concerto debut with the Orchestra of St. Luke’s this season, as well as performing with the San Francisco Symphony and the Philadelphia Orchestra.

Lee, who is well known locally through her performances during ChamberFest Cleveland both on violin and viola, was a former member of CMS Two. The other members of the quintet, which launches a multi-city tour beginning with its Cleveland appearance, have logged impressive careers with the Chamber Music Society of Lincoln Center. Kavafian is celebrating her 34th season with CMS, while Neubauer has been a member since 1989. Finckel has served as the Society’s co-artistic director since 2004.

Watch a short video about the January 13 “Folk Inspirations” program with comments by Finckel and Beilman here. 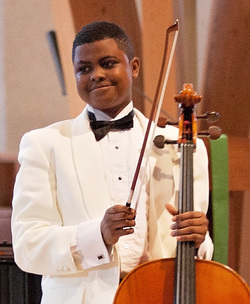 Next week, we’ll publish an interview with 14-year old cellist Sterling Elliott (pictured above) before his January 18 appearance with The Cleveland Orchestra. In the meantime, enjoy a Sphinx Organization video of Elliott’s playing here. Editor’s note: Mr. Elliott did not follow up on scheduling an interview.

END_OF_DOCUMENT_TOKEN_TO_BE_REPLACED

Supported by engagingly, yet simple staging by Cara Consilvio, a well-prepared cast of singers told the archetypal story of Cinderella with charm and flair. Framing the production was  a sparse but colorful set and wonderful lighting by Dave Brooks. END_OF_DOCUMENT_TOKEN_TO_BE_REPLACED