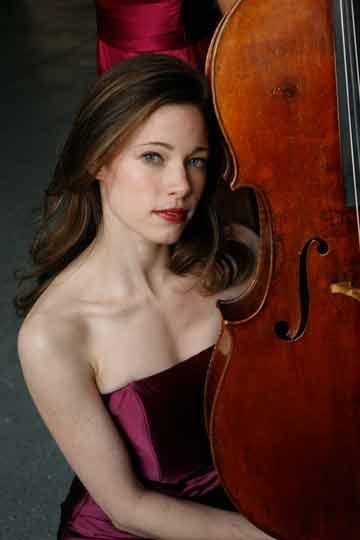 I can only guess at why there were so many empty seats in the audience for the March 25 concert from the Canton Symphony Orchestra. If familiar classical music breeds ticket sales, perhaps this program was perceived (undeservedly) as too light-weight, or the selections too obscure. Or perhaps it was local Lenten fasting from orchestral music. In any case, it’s not my place to berate those otherwise faithful concertgoers who were missing in action on this occasion, except to say that they missed a real stunner.

One element common to the three works on the program is that they were written fairly early in their respective composers’ careers: Brahms’ Serenade No. 2 in A, Haydn’s Cello Concerto No. 1 in C, and Ginastera’s Four Dances of Estancia. True enough, these pieces are not known to be frequently performed live. But they should be, even if they’re not “iconic,” thus making this marvelous performance by the CSO all the more gratifying.

Brahms was 26 when he composed his Second Serenade in 1859 — 17 years before producing the first of his powerful four symphonies. Still, in all of its youthful energy, this five-movement work feels symphonic. More surprisingly, Brahms scored it without violins. The piece remained one of his favorites. As he wrote of it at a later point in his life, “I was in a particularly blissful mood. I have seldom written music with such delight.”

Despite the piece’s restricted tonal palette, it is delightful indeed. Without high, sparkling notes from violins to voice the melodies, the violas are necessarily front and center. As played here under the gently gliding baton of music director Gerhardt Zimmermann, their deeper tonalities enunciated a rich, lyrical depth that was at times shimmering, at other times somber, yet never morose. Meanwhile, the exhilarating winds were equally vibrant co-stars in providing crisp melodies, delicate textures, and jocular cross rhythms with generous support from the radiant horns.

Haydn composed his first cello concerto in 1765. It’s a superbly confident piece, soaring into all manner of virtuosic possibilities for the soloist, and as solidly designed as any of his early symphonies. Julia Bruskin, co-founder of the critically acclaimed Claremont Trio and cellist with the Metropolitan Opera, joined the CSO to illuminate this beautiful work in one of the most commanding partnerships I’ve ever witnessed at Umstattd Performing Arts Hall.

From the start, soloist and the ensemble were a single, seamlessly blended entity, united in making the music a truly memorable event. Bruskin’s astonishing technical virtuosity, combined with the constant, luminous warmth of her playing, was in itself mesmerizing without ever succumbing to meaningless flamboyance. More importantly, it was the evocative soulfulness of her playing that emanated a transcendent energy, a tangible aura of magnificence. Her every note was succinct and savored, every breathtaking crescendo and arpeggio seeming to rise and fall like waves, or the ebb and flow of tides, in the undulating sea articulated by the ensemble. This electrifying performance was an appointment with magic, a visitation of practically divine dimensions.

The evening concluded with Alberto Ginastera’s wonderfully raucous orchestral suite, Four Dances of Estancia, extracted from his 1942 ballet. It exemplifies what Ginastera called his “Objective Nationalism,” the earliest phase in his composing career wherein he often quoted indigenous Argentine music. The original one-act ballet is a depiction of a single day in the busy life of a sprawling ranch on the grassy plains of Argentina.

Replete with paraphrased Argentinian folk tunes, the music is a veritable tapestry of quick meter shifts, intricate triple rhythms, and wild tempo changes. The score calls for such a vast array of instruments and percussion that the orchestra was startlingly transformed into an enchanting, sensual embodiment of wind-blown fields and the creatures who inhabit them, the rough feel of everyday work, and even a slick city man engaging the gruff gauchos (cowboys) in an intense dancing contest to win the heart of a lovely ranch girl. Rarely have I heard the orchestra as infectiously loud, proud, and unbridled than in the “Danza final – Malambo.” It’s a cacophonous, exuberant dance, led by frenzied trumpets and driven by ear-splitting percussion, exploding at a furious pace through relentless repetitions of an eminently unforgettable melody.