Williams, on the other hand, will be making a true cameo appearance, playing only in the “Quoniam” of the “Gloria,” an unusual bass aria supported by solo horn and a pair of bassoons. “The ‘Quoniam’ is not as stratospheric as the trumpet parts, though it has its own challenges,” he said in a separate conversation. “You sit there for 45 minutes, then you have to play a very difficult and quite famous solo. It’s sort of a wild movement, with a mood change that’s a bit shocking after what came just before.

Probably Bach had Dresden musicians in mind for the “Quoniam” movement, and hornist Johann Adam Schindler in particular. “The hottest horn players in Germany were at the Dresden court,” Williams said. “They also had the hottest bassoonists. It was the best band in the land, and everybody wanted to play there.” That supports the theory that Bach, a devout Lutheran, might have written the B-Minor Mass as a musical resumé, hoping for a position at the Catholic court in Dresden. 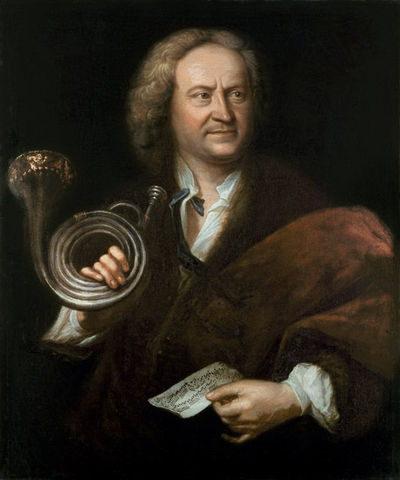 In practice, trumpet players in Bach’s time often doubled on horn — like his favorite brass player Gottfried Reiche — but sometimes at their professional peril. “Trumpet playing was a proud tradition back then, and in Nuremberg, if you were caught playing horn, you could be banned for life from the trumpet guild,” Williams said.

Like most period brass specialists, Marquardt and Williams started out playing modern versions of their instruments. Marquardt said he was always intrigued by classical antiquity, and trumpets were an important part of musical life in ancient cultures. “Once I discovered that the Baroque trumpet existed, I really wanted to play the instrument to discover how composers were writing really high clarino parts that seemed impossible on an eight-foot tube without the help of valves. I took some secondary lessons on the natural trumpet while pursuing a master’s degree at Indiana University and really fell in love with it.”

These days, Marquardt is living in New York City and performing both on Baroque and Classical trumpet. This season marks his third year playing with Apollo’s Fire, and he looks forward to next season, which promises to feature a lot of trumpet work. 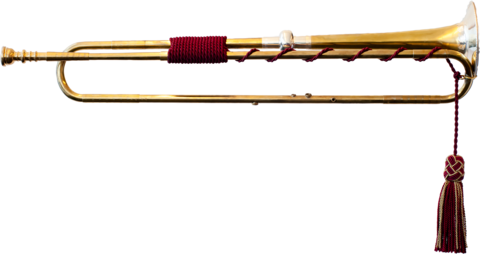 I.U. was also important in Williams’ education, although he was largely self-taught before college. “I knew I wanted to be a horn player from the age of 10. I nearly wore out a cassette tape of Handel’s Water Music with the London Symphony.” Williams’ father, a choral conductor, bought him Philip Farkas’ The Art of French Horn Playing and told him to read it. “It was very clear to me that this was going to be what I’d do with my life.”

During his second year at Indiana, Williams pointed to one of several natural horns hanging on his teacher’s studio wall. “‘What’s that thing?’ I asked, and with a sparkle in his eye, he took it down and said, ‘Try it.’ I fell in love from the first note. It felt right, it felt good, and the next semester I started to take double lessons on natural and valve horns.”

Fast forward to today, and Williams has recently joined the historical instrument faculty at the Juilliard School, won the principal horn audition for Boston’s Handel & Haydn Society, and been named principal horn of Philharmonia Baroque in San Francisco.

Want to learn more about their fascinating instruments? Steve Marquardt and Todd Williams will be featured in a free, public master class on Saturday, April 13 at 2:30 pm at First Baptist Church in Shaker Heights, when they’ll coach students and unpack some of the mysteries of the natural trumpet and horn.

“I plan to talk about what Baroque instruments can teach us about playing the piccolo trumpet,” Marquardt said, referring to the small instrument with valves and only a 2½ foot long tube that was invented to allow modern trumpet players to negotiate the high notes that composers like Bach wrote. “I don’t dismiss the piccolo trumpet out of hand,” he said. “I think it can be played quite nicely, but oftentimes the style isn’t quite right. If you haven’t been exposed to the old instrument, you might approach the piccolo trumpet in a bit too much of an athletic way. You have to work a lot harder to negotiate the timbre. You can’t explore as many colors, and the blend is very different.”

Jeannette Sorrell leads Apollo’s Fire in J.S. Bach’s B-minor Mass on Friday, April 12 at 8:00 pm in Gamble Auditorium at Baldwin Wallace (part of the BW Bach Festival), on Saturday, April 13 at 8:00 pm at First Baptist in Shaker Heights, on Sunday, April 14 at 4:30 pm at St. Raphael’s in Bay Village, and Monday, April 15 at 7:30 pm in St. Paul’s Episcopal Church in Akron.

END_OF_DOCUMENT_TOKEN_TO_BE_REPLACED

Tower dedicated this surprisingly brief work to “women who take risks and are adventurous.” Adventurous to be sure. While the opening theme is a subtle echo of Copland’s, the CSO brass was remarkably bright, crisp and crackling in its relentless morphing of the motif into quick, layered variations, both delicate and discordant, robustly spiced with startling bursts of timpani. END_OF_DOCUMENT_TOKEN_TO_BE_REPLACED