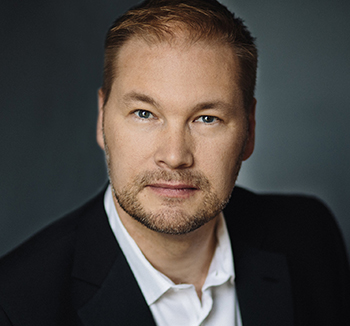 The concert’s theme evoked an exercise in thought about the conversations that might have occurred across space and time among the three featured composers, Johann Sebastian Bach, Felix Mendelssohn, and Anton Webern, who were separated by a span of almost 200 years. Perhaps their unities were musical counterpoint and its colors, and a shared German language.

Bach’s BWV 1079 was written following a visit to the court of Frederick the Great, King of Prussia, where Bach’s son Carl Philipp Emanuel was music director. The king gave Johann Sebastian a theme upon which to improvise. Bach later elaborated on Frederick’s theme to create a diverse suite, presented to the king as the Musical Offering.

One of the movements is a six-voice “Ricercar,” a monumental, strictly-constructed fugue with each voice notated on a separate musical staff, leaving the instrumentation unspecified. Playing the piece on Gamble Auditorium’s large, Romantic organ, faculty member Nicole Keller gave an admirable performance, although maintaining contrapuntal clarity among the six lines was a challenge given the organ’s rather dull voicing.

Immediately afterwards, Tiffany Chang led the Baldwin Wallace Symphony in Anton Webern’s orchestral transcription of the Ricercar. Without changing a note of Bach’s music, Webern deconstructed the contrapuntal lines and distributed them across the large ensemble. The prevailing dynamic is soft, and the emerging polyphonic fragments create a fascinating “through the looking glass” portrait of Bach’s original. Though the BW Orchestra did not have phrasing, intonation, and dynamics completely under control, their performance complemented the Romantic sound of the organ version, giving the audience yet another view into the musical enigma of Bach.

To close the concert Tiffany Chang led the full orchestra in a rousing performance of Felix Mendelssohn’s “Reformation” Symphony (No. 5). The work incorporates Martin Luther’s chorale Ein feste Burg (“A Mighty Fortress”) as well as the famous “Dresden Amen” that decades later would become a principal theme in Wagner’s opera Parsifal. What the student orchestra lacked in finesse, they more than made up for in enthusiasm, especially in the last movement’s big chorale-fantasy on Ein feste Burg. And what could be more thrilling than the joy of young people discovering a symphonic masterpiece?

Although the turbulent marriage of F. Scott and Zelda Fitzgerald —  self-caricatures of the Jazz Age — has inspired a number of literary efforts in addition to their own near-autobiographical novels, the subject never seems to have been approached through the lens of opera. Composer Evan Mack and librettist Joshua McGuire have stepped in to fill that void with their one-act The Ghosts of Gatsby, commissioned by Samford University (Montgomery, Alabama), where it premiered in November 2018. END_OF_DOCUMENT_TOKEN_TO_BE_REPLACED

While many American orchestras were just beginning to stir again after the holidays, Franz Welser-Möst and the Clevelanders were busy pulling off one of the most impressive programs in recent memory. A neglected Dvořák symphony, a darkish Mozart piano concerto featuring Yefim Bronfman, and a standout among Janáček’s few orchestral works served up sequential delights on Friday, January 10. END_OF_DOCUMENT_TOKEN_TO_BE_REPLACED