Music director and conductor Daniel Meyer built his playlist around Cleveland themes and scenes. “Exploration CLE” made use of engaging selections from the classical canon and beyond that celebrated “what makes Cleveland so special.” Happily, he and his musicians avoided constructing a visual slide show, choosing to let the music speak for itself. 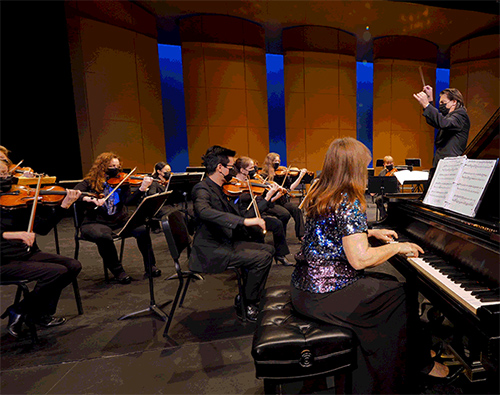 The “Rondo” from Mozart’s 19th Piano Concerto became a metaphor for runners pacing themselves in the Cleveland Marathon, Howard Arlen’s Over the Rainbow evoked East Side jazz in general and Art Tatum and Val’s in the Valley specifically, and Michael Daugherty’s Flamingo — his unrelenting concerto for dueling tambourines — conjured up Cleveland’s rock scene.

Elizabeth DeMio was the fleet-fingered soloist in the Mozart, and Theron Brown the jazzy pianist for the Arlen, first presented in a straight orchestral arrangement, then in a quietly swinging solo piano version. 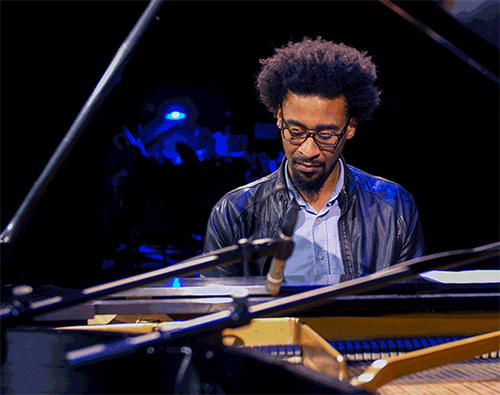 As it turned out, Brown made more than a mere cameo appearance as Meyer devoted several minutes to a live interview. Percussionists Bruce Golden and Evan Mitchell, soloists in the Daugherty, modestly performed from their normal position in the back row. The bassoon section (Phillip Austin and Mark DeMio) won a moment in the spotlight when Meyer singled them out for their scene-changing buffoonery at the end of the Mendelssohn.

BlueWater sounded terrific on Saturday in a hall that isn’t always entirely supportive of orchestral music. And although the hour-long program, played without intermission, hinted at its origin as a presentation for schools, it worked well for an intergenerational  audience. Meyer was as engaging and energetic an emcee with a mic in his hand as he was on the podium with a baton. 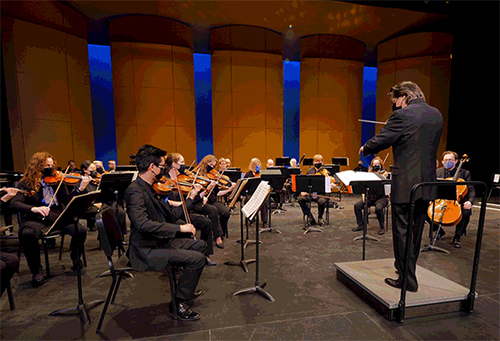 Having survived the passing of its founder and after pretty well working its way through the traditional chamber orchestra repertoire, it’s good to see BlueWater doing its own exploring. The ensemble, which boasts some of the best freelancers in town, remains a Cleveland product and deserves the community’s enthusiastic support.

The next concert on March 5, “Fantastical Machines,” features Jonathan Moyer and the organs of the Church of the Covenant in Walter Piston’s Prelude and Allegro for Organ and Strings, Eric Satie’s Jack in the Box, Jean-Baptiste Robin’s Mechanic Fantasy, and Haydn’s Symphony No. 101, nicknamed “The Clock.”