Music director and conductor Daniel Meyer built his playlist around Cleveland themes and scenes. “Exploration CLE” made use of engaging selections from the classical canon and beyond that celebrated “what makes Cleveland so special.” Happily, he and his musicians avoided constructing a visual slide show, choosing to let the music speak for itself. END_OF_DOCUMENT_TOKEN_TO_BE_REPLACED

The signature sounds of these famous film scores are not so much John Williams’ invention as allusions to other classical pieces. The foreboding half-step from Jaws, growing more and more furious in the cellos and basses, shares something with Dvořák’s “New World” Symphony and Bartok’s Miraculous Mandarin. END_OF_DOCUMENT_TOKEN_TO_BE_REPLACED 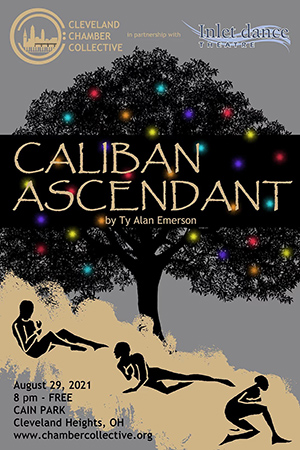 On Sunday, August 29 at 8:00 pm at Cain Park Amphitheater, the Cleveland Chamber Music Collective in partnership with Inlet Dance Theatre will present the world premiere of Caliban Ascendant. The ballet is based on a story developed by Joshua Legg and Ty Alan Emerson and features music by Emerson and choreography by Bill Wade in collaboration with Dominic Moore-Dunson, Kevin Parker, Emily Stonecipher, and Katie Wilber. END_OF_DOCUMENT_TOKEN_TO_BE_REPLACED 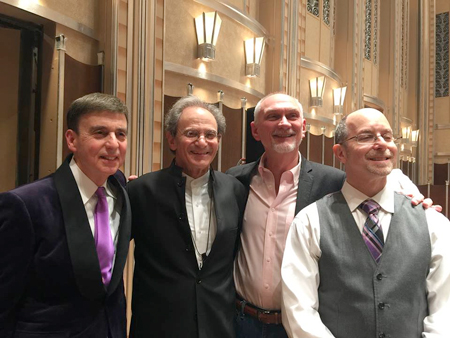 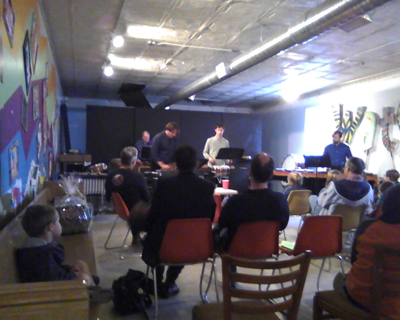 Launched five years ago, the Music for Miles series presented its 30th performance at Waterloo Arts in Collinwood on Sunday, September 13, a concert by the Cleveland Percussion Project which attracted an admirably intergenerational audience. Headed up by Andrew Pongracz, the quartet of drummers and mallet players also included Dylan Moffitt, Bruce Golden, and Luke Rinderknecht, a stellar assembly of local professionals who held the audience of small children and adults in thrall for nearly two hours. END_OF_DOCUMENT_TOKEN_TO_BE_REPLACED

END_OF_DOCUMENT_TOKEN_TO_BE_REPLACED

The strings-only work by Berg has made relatively frequent appearances on the Orchestra’s programs. In 2021, the musicians recorded it for the In Focus series, and it appeared again on last year’s European tour. Friday’s rendition maintained the group’s characteristic light and effortless playing, each section blending as much as possible to echo the work’s original form as a string quartet. At fifteen minutes total, the piece is quite short, but the dense encoded musical meanings require some extra-attentive listening. Splitting up the three movements ensured that each one could be appreciated on its own. END_OF_DOCUMENT_TOKEN_TO_BE_REPLACED