Joining a long list of arrangers, Parker Ramsay has now transcribed the Variations for the modern pedal harp, an instrument for which he holds a master’s degree from Juilliard, in addition to a degree in history from Cambridge University, plus a master’s in historical performance (organ and harpsichord) and an artist diploma (organ) from Oberlin.

Ramsay returned to his undergraduate haunts to record the Goldbergs in Henry VI’s wonderful chapel at King’s College, Cambridge, where he was the first American to serve as organ scholar. Bach: Goldberg Variations was released on September 18 on King’s own label. 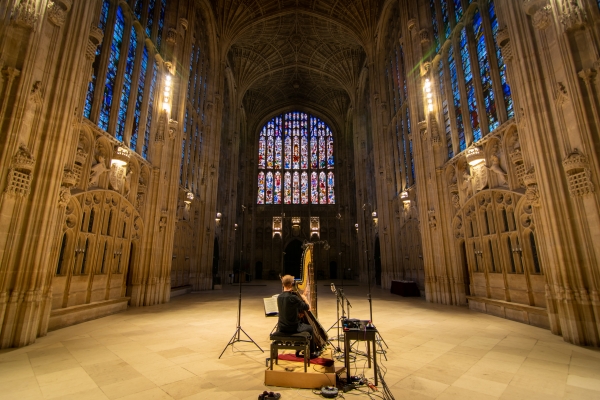 Because the Variations are specifically designed to be performed on a double-manual harpsichord, pianists have to make accommodations to realize them on a single keyboard. Translating them to the harp, which involves all those pedals that change the pitches of the strings, makes the task even more complex. That it can be done, and done so well, is a testament both to Parker Ramsay’s ingenuity and his splendid technique.

The harpist has taken on even more challenges in deciding to record in King’s Chapel, where the acoustic is super friendly to choir and organ, but allows undamped strings of the harp to continue to ring, creating a sonic nimbus that complicates harmonies and fuzzes textures. 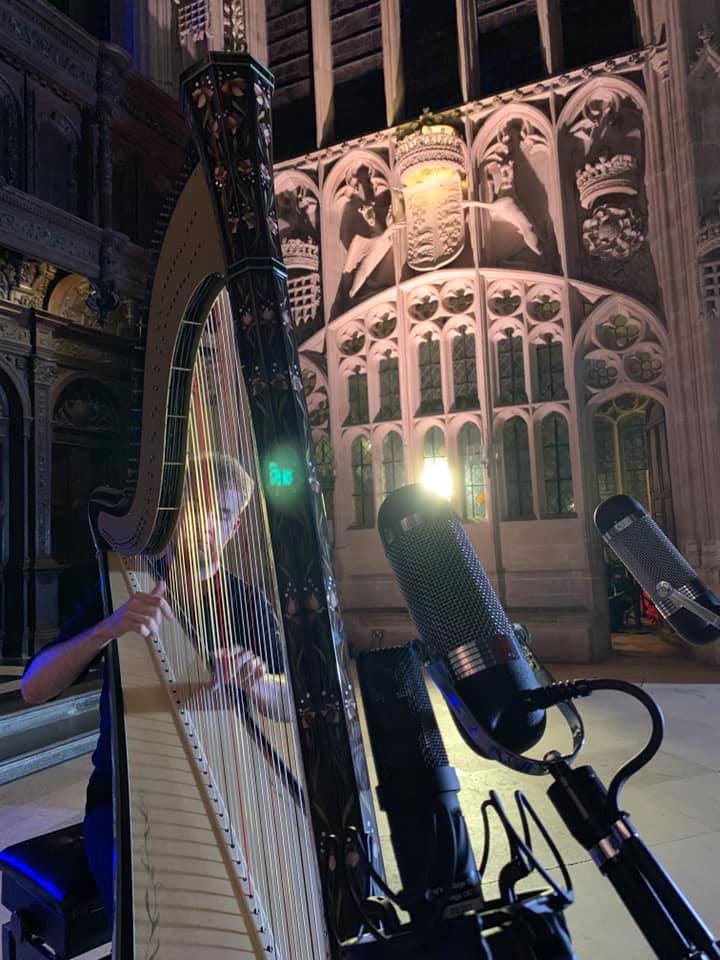 Ramsay takes this into consideration in his choice of tempos and dynamics. Some variations, like the opening and closing Aria, are spacious and laid-back, and a number of others are gentle and quietly voiced.

When we hit dead center of the work with the French Overture, Ramsay isn’t afraid to glissando shamelessly into big chords, an effect offset by his chaste playing of counterpoint in the fugue.

The minor key variations nearly stop time in its tracks. The elaborate coloratura of No. 25 is emotional and touching — and calls for some complicated pedal changes (click the image below to see what Ramsay has to do with his feet here). 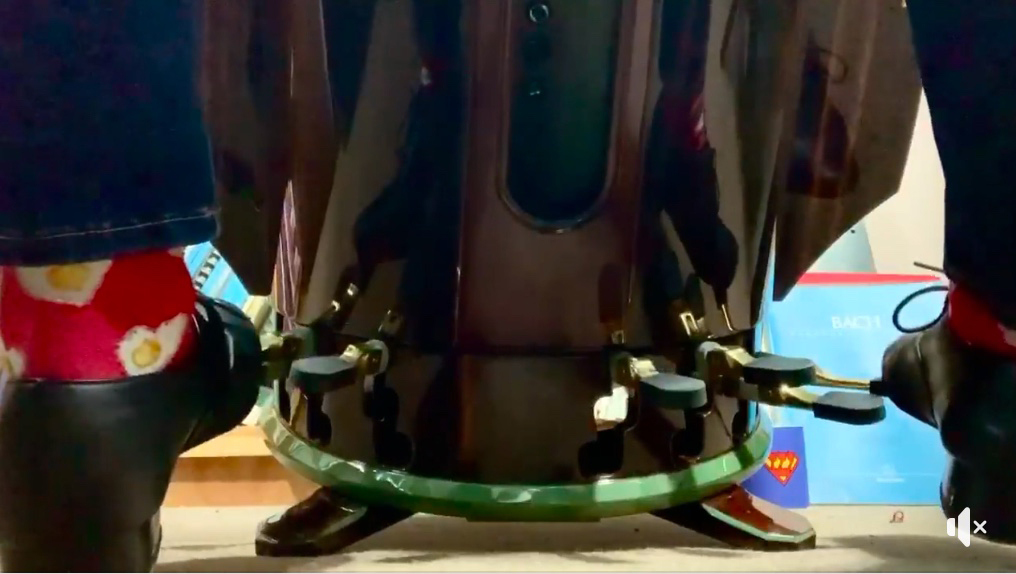 The totality of the harpist’s playing is so elegant that Variation 30 — the quodlibet or mashup of two folk songs that allude to how long it’s been since we heard the Aria — loses a bit of its earthy humor. A small price to pay.

The CD, which comes with album notes by Tim Page and Burkhard Schwalbach, is cleanly recorded and manages to localize the sound of the harp in the vast space of King’s Chapel. 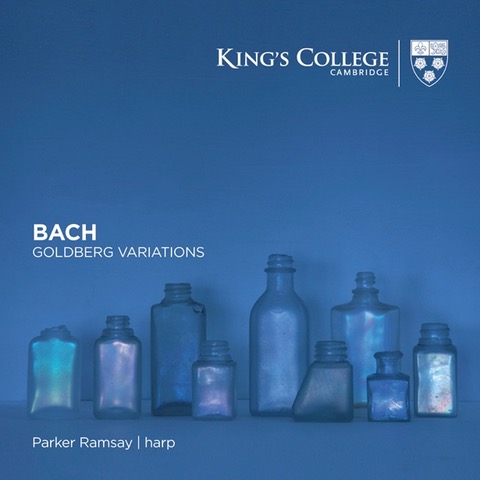 Parker Ramsay has written, “I wanted to show the world that the harp is an instrument of beauty, sincerity and transcendence, standing alongside the keyboards and string instruments as a worthy vehicle for the music of J. S. Bach.” As another Cambridge grad, Christopher Smart, wrote in a hymn, “Determined, dared, and done.”

END_OF_DOCUMENT_TOKEN_TO_BE_REPLACED

What was that strange din coming over the live feed from Ludwig Recital Hall on Friday evening, July 23, as the Miami String Quartet filed onstage to play the third faculty recital of the Kent Blossom Music Festival? Accustomed as we were during the pandemic ban on live audiences to hearing the sound of no hands clapping, it was both startling and thrilling to witness a large crowd putting their hands together to welcome one of the Festival’s perennial favorites back for an in-person performance. END_OF_DOCUMENT_TOKEN_TO_BE_REPLACED

Practical reasons aside, there aren’t many ensembles who can put together an all-Mozart evening as elegantly as The Cleveland Orchestra. END_OF_DOCUMENT_TOKEN_TO_BE_REPLACED