Hailed by the New York Times as “The Best Classical Music Ensemble of 2018,” Wet Ink Ensemble has lived up to this acclaim once again with their recent release Glossolalia/Lines on Black. The album takes its name from the two extended works by Wet Ink members Alex Mincek (saxophone) and Sam Pluta (electronics). The remainder of the septet includes Eric Wubbels (piano), Erin Lesser (flutes), Ian Antonio (percussion), Josh Modney (violin), and Kate Soper (voice).

The term glossolalia, or “speaking in tongues,” describes the phenomenon of speaking in an unknown language, a practice in certain religious sects. This relationship is instantly recognizable in Scat and Scatter, the first movement of Mincek’s piece. Diving in immediately, Mincek peppers the listener with rapid consonants spewing out of “Vicky,” the text dictation feature used on Apple computers. While probably not the case, one might find a slight tip-of-the-hat here to Andy Akiho’s 2011 composition Stop Speaking, an elaborate duet with the computerized companion mentioned above.

During a recent interview with Classical Post, Mincek compared his process of writing for electronic voice, versus writing for Kate Soper.

This feature has such a rigid algorithm that you can really mess it up. In the movement ‘Mimesis,’ Kate is most directly singing material like the computer voices. This reveals what is so special about the computer voices — it’s their lack of any kind of rhetoric. Not only do they not have a body, there’s no they there. It presents the sound in a completely different way.

“Mimesis,” the fourth movement of Glossolalia, also brings to light the idea of manipulating the listener’s auditory perception, or more specifically, emphasizing the indistinction between what is “real” versus “synthetic.” This movement introduces the unique Chimeraphone, an instrument invented by Mincek and made from plumbing materials. The Chimeraphone’s similarities to Pluta’s low synths, in combination with Soper’s integration with electronic voices, leaves the listener wondering what exactly they’re hearing. Incorporating sounds from unknown sources is a wonderful aspect of Glossolalia, and Mincek excels at the technique. 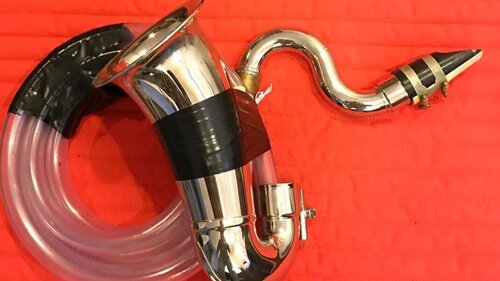 The second piece, Lines on Black, is a wonderful complement to its predecessor. Pluta describes the work as a love letter to the Wet Ink Ensemble. While Glossolalia generally features the entire septet, Lines on Black becomes much more intimate. Each of the nine movements features a distinct subset of the ensemble, resulting in a very personal work written more for the individual performers than the specific instruments.

The first movement “Duo,” features Modney on violin and Lesser on flute. This virtuosic introduction while fully notated, could just as well be an improvised duet. Later on, with the addition of the rest of the ensemble, the movement outgrows its title and begins to intensify. Ultimately the piano comes into the foreground, resulting in a beautiful seamless transition into Wubbels’ solo piano movement — curiously titled “Piano Solo.”

Wubbels’ improvised solo is quite spectacular. Its Messiaen-like qualities bring a very tasteful change to the album. During Pluta’s Classical Post interview, he discussed the thought process behind incorporating improvisation into the piece.

It’s placing your faith in somebody who you know and love and then putting them in a musical situation where you know they’ll contribute greatly. The music that came before, the music that comes after, and Eric’s understanding of me as a person are going to shape his performance . . . I don’t actually have to tell him anything, because I know that what he does is going to be great.

He was right. It was great.

Directly following Wubbels’ solo is the second improvised movement, “Voice and Electronics.” It’s a great example of Pluta’s technique of manipulating Soper’s improvisation on the fly. The calm beginning erupts into an insane pandamonium, with flustered screams coming from Soper and Pluta not far behind, adding some of the best live electronics you will find anywhere.

The seventh movement, “On/Off,” gives the listener no break with its constant bombardment between electronics and the unision ensemble. Finally, the ears are given relief with the drastic shift into the penultimate movement, “Canyon,” a duet between Pluta and Lesser.

This album is crazy — 750 words later and the two pieces are still an enigma. Mincek and Pluta have managed to create atmospheres unlike anything that’s been done before, and words cannot accurately do this album justice. I suggest you drop what you’re doing and go listen to it now. It will be the most exciting hour and fourteen minutes of your quarantine. 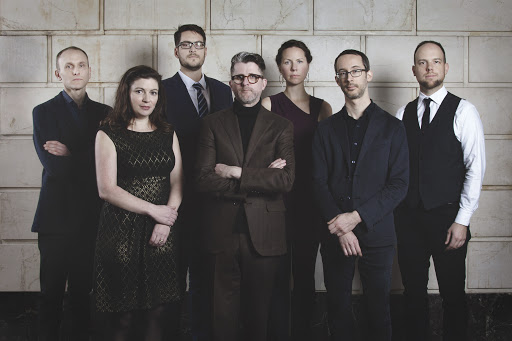 The album is available on Carrier Records, or on your favorite streaming platform.

This article is reprinted from The Critical: all things music at Oberlin.

Published on ClevelandClassical.com May 12, 2020.

END_OF_DOCUMENT_TOKEN_TO_BE_REPLACED

Rodgers & Hammerstein’s Cinderella was originally produced for television in 1957 — seven years after the animated Disney film was released — and starred Julie Andrews. According to the Rodgers & Hammerstein website, it was viewed by over 100 million people. END_OF_DOCUMENT_TOKEN_TO_BE_REPLACED

The story line has its origin in an 1855 play and an 1842 farce that Thornton Wilder mined for his 1938 play The Merchant of Yonkers. When that turned out to be a flop, in 1954 Wilder made the crucial decision to re-center the show around the character of the legendary marriage broker Dolly Gallagher Levi and renamed it The Matchmaker. END_OF_DOCUMENT_TOKEN_TO_BE_REPLACED

The Dodero Center for the Performing Arts at the Gilmore Academy in Gates Mills is one feature of an impressive campus. The auditorium is shallow, the stage is deep, and the ensemble played without a shell. Throughout the program, the sound, especially in instruments’ lower registers, tended to disappear. END_OF_DOCUMENT_TOKEN_TO_BE_REPLACED