Although they tend the same vineyard, The Cleveland Chamber Music Society and ChamberFest Cleveland go about their mission differently.

CCMS, now in its 72nd season, is a presenting organization that hosts some seven international touring ensembles or soloists each year, developing its programs in consultation with the performers — most often string quartets — and their managements.

ChamberFest Cleveland, now looking forward to celebrating its 10th anniversary, is a producing organization that develops its own themed programs, drawing on a large extended family of musicians who have performed together all over the globe. And family is not just a metaphor here. ChamberFest is led by three artistic directors — Franklin Cohen, former principal clarinet of The Cleveland Orchestra, his daughter Diana Cohen, who is concertmaster of the Calgary Symphony, and her husband, pianist Roman Rabinovich. After much discussion among this troika and their colleagues, a three-week festival is designed and presented each summer in Cleveland.

The two institutions came together on April 5 when the Dover Quartet joined CFC’s artistic directors for a delightfully varied program that showed the depth and breadth of chamber music that’s available to Cleveland audiences. I took advantage of the live stream to attend remotely. The audio quality was higher than the video — not pixelated, just fuzzy.

“For the Love of Chamber Music” opened after a delay of about 15 minutes with Mozart’s “Kegelstaat” Trio, whose reference to a bowling alley and one of the composer’s favorite ninepin games may or not have greater meaning — some scholars think that the nickname merely got copied into the wrong score.

For that delightful piece, whose brief flashes of soloistic virtuosity Mozart distributed evenly among the players, clarinetist Franklin Cohen and pianist Roman Rabinovich from ChamberFest joined Dover Quartet violist Milena Pajora-Van de Stadt, who provided a link between the two groups, having appeared on the ChamberFest roster. 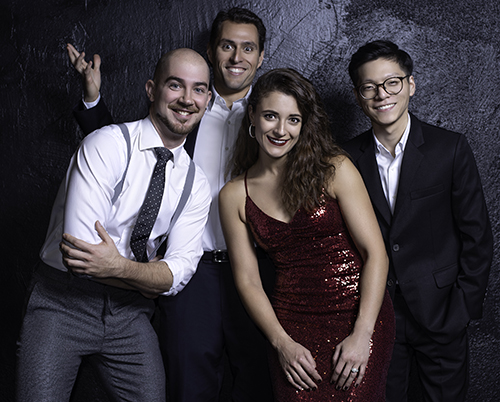 The Dover brought weight, a many-hued palette of colors, and ensemble brilliance to Maurice Ravel’s only string quartet, which toys with but never quite completely yields to academic formalism. A case in point is the finale, which tries to keep its asymmetrical, ⅝ rhythm going, but eventually slips into a more stable ¾. If you missed the Dover’s thrilling performance at the Maltz, you can watch a recent performance captured on YouTube here.

If Ernst Chausson had increased the scoring of his Op. 21 Concert to include solo clarinet along with violin, piano, and string quartet, his symphonic-scaled work would have brought everyone back onstage to end the evening in grand fashion. The piece still made a big impression in the program. Diana Cohen and Roman Rabinovich shone in their solo roles — Cohen with her expressive leadership and phrasing, Rabinovich with his astonishing range of touch on the keyboard. The Dover Quartet backed them up with style and panache. 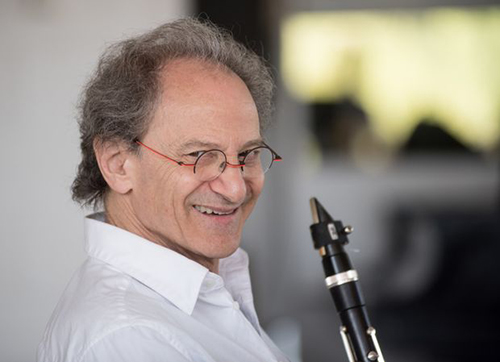 And there was a full-cast encore after all, Dave Morgan’s arrangement of Shalom Aleichem, featuring Franklin Cohen as a klezmer musician — yet another role in which he excels.

The cimbalom was the feature of the show, an instrument capable of taking on many personas. Its performer, Chester Englander, has shaped his career around the instrument, and has inspired composers to write more repertoire for it, some of which was presented on the program. END_OF_DOCUMENT_TOKEN_TO_BE_REPLACED

You wouldn’t expect that acoustic from a glance at the nave, which is wide and long, but not especially lofty. But when I guest conducted a local amateur choir and professional orchestra in Beethoven’s Mass in C there a few years back, during the first rehearsal we released the final chord of the “Gloria” and listened in astonishment for the next several seconds. The sound continued to roll down the space like the big wave that surfers dream about. END_OF_DOCUMENT_TOKEN_TO_BE_REPLACED