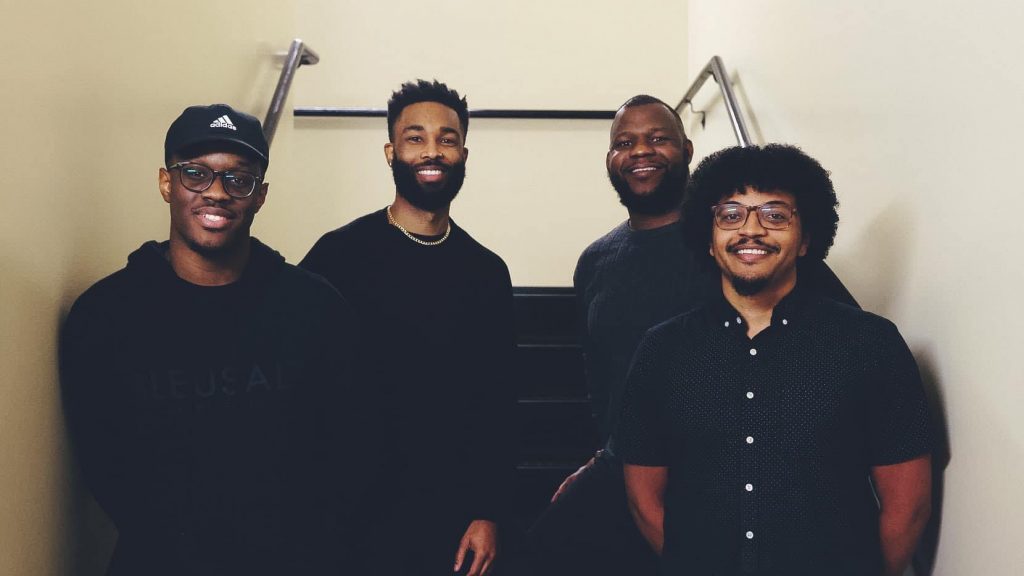 There’s a beloved type of small ensemble that is rarely heard in programs of chamber music: the a cappella group. For that reason, the appearance of Dallas-based Kings Return on this year’s roster for ChamberFest Cleveland is one of the most unique elements of the Festival’s 10th season.

Formed almost by accident in 2016 when Gabe Kunda gathered singers for his college graduation recital, the group has found fame through viral videos of their music-making, which spans a variety of genres. Their versatility is quite clear in their ChamberFest setlist — part of a program that pairs a cappella and instrumental music on Friday, June 17 at 7:30 pm in the Cultural Arts Center at Disciples Church. Tickets are available here.

The Dvořák selection — an arrangement by David Wright titled Goin’ Home that draws on the “New World” Symphony — provides a link to the evening’s closer, Dvořák’s String Quartet No. 12 (“American”). Other connections will be highlighted through instrumental works by George Walker, George Gershwin, and Tigran Mansurian that take inspiration from spirituals and sacred music traditions.

Kings Return will also be part of the season’s first encore concert — a free outdoor performance (weather permitting) at The Grove Amphitheatre on Sunday, June 19 at 6:30 pm that will feature highlights from the opening week of the festival. Listeners are invited to bring picnics, blankets, and lawn chairs, but you’ll need to reserve a spot.

During a conference call with the group’s four members — tenors Vaughn Faison and J.E. McKissic, baritone Jamall Williams, and bass Gabe Kunda — I began by asking about one locale that has in a way become part of their identity.

Jarrett Hoffman: You’ve had a lot of viral videos that you recorded in stairwells, and you even have a kind of tagline, “We sing in stairwells.” So I want the specifics — where exactly is this stairwell, and how did you choose it?

Gabe Kunda: J.E. can talk a little bit about that — it’s in his church. 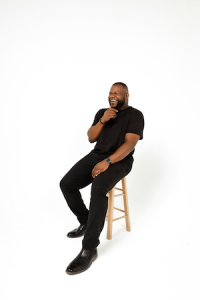 J.E. McKissic: I’m actually here now — not in the stairwell (laughs). But I think we kind of stumbled upon it. We knew the acoustics in there were good, and we would use it to rehearse for the reverb. Then we were entering a contest, and we had to put out a video, so we recorded in there — that was the first time. And we just kept going back.

JH: You’ve recorded lots of styles of music, and there’s plenty of variety on the program you’ll be singing at ChamberFest. What was on your mind as you were tying these pieces together? 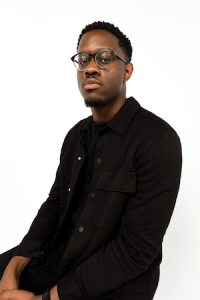 Gabe Kunda: A lot of it was just offering up a list of songs and having the folks at ChamberFest pick out what they felt would best fit. But we wanted to make sure we had some soul sensibility, and some jazz with Blue Skies and Stardust. Then the older pop stuff, like Shining Star from Earth Wind & Fire. We also wanted to touch upon one aspect of what people like about our sound — things that lean more classical, like Ubi Caritas. We had a video of it that went crazy-viral, and that’s kind of what opened us to doing more classical and collaborating with other classical musicians as well.

The concert that we do at The Grove is going to focus more on things like Route 66 and the Bee Gees’ How Deep Is Your Love. We also have some gospel in there, and like I said, some jazz — just trying to mix those things while still having a coherent sound.

JH: Along those lines, I think that as vocalists who can sing in so many different styles, there’s the potential to do some really neat, maybe unexpected things. I was reading over your bios, and I saw things like collaborating with pop stars, or working in other industries like TV, film, commercials. So I was curious to hear, what’s one gig you all have done that wasn’t the kind of thing you saw coming? 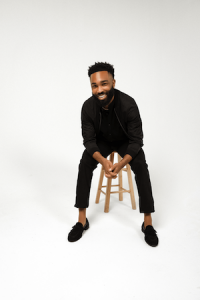 Jamall Williams: I would say the gig we did with Apple last year. We had someone reach out to us saying that they potentially wanted to have us come and sing God Bless America, which is one of the videos that went viral for us. So we were already amazed because, you know, you have a contact from Apple. We actually didn’t believe that it was legitimate at first — Gabe got on Indeed or something just to look up the person that had reached out.

We had conversations and came to realize that we had the opportunity to be part of a film with a couple of stars. But just to be involved in something that Apple is doing, and to be able to watch ourselves on Apple TV — to me, that was one of the major things to show, like, we’re onto something.

Gabe Kunda: This was a play, but shot theatrically, if that makes sense. It was a collaboration with The Billie Holiday Theatre called 12 Angry Men…and Women: The Weight of the Wait. [Watch a trailer here.] It had people like Wendell Pierce and Lisa Arrindell, and director Kenny Leon — fantastic people who we got to kind of play with in that sandbox.

And to be able to do that at the Steve Jobs Theater — just to sing in there, there’s nothing like it. There’s a part above it that’s kind of like a dome, and the acoustics are just gnarly. We went up there to go sing our arrangement of God Bless America, and it was amazing.

JH: Another question about singing in these different genres — there are so many things that work really well in a capella. Have you ever tried something out and felt like, no, this doesn’t actually work? 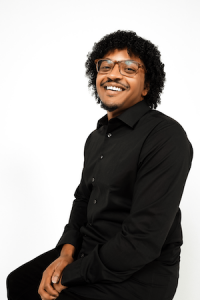 Vaughn Faison: I don’t know if there’s been something that hasn’t worked, but there are some things that we decide we might not want to do live. Especially when it’s something that’s replicating having more than four voices. But I think we’ve been able to get arrangements and have arrangements made for us by people who really know us — they know our sound and what we do.

JH: You guys describe yourself as a vocal band of brothers. Tell me a little more about your relationship together as a group.

Jamall Williams: I’ll jump in on this one — I always have fun with questions like this. I would say we all have distinct personalities, but we have so many things in common too. When we get together for rehearsal, we get the work done, but we also take that opportunity to catch up with one another — what’s going on in each of our lives individually, or what things we might be working on outside of Kings Return. And there’s a lot of, you know, joking back and forth.

J.E. McKissic: I was just telling Jamall, today’s not the day for any of his shenanigans — we tend to have the most “sibling rivalry,” if you will (laughs). No, we have fun together.

JH: I also wanted to ask about your album that’s coming out in August.

Gabe Kunda: We’re super excited about it. It has been — my goodness — a huge endeavor, and I’m so happy to work alongside these brothers and create something very special. We’ve been recording from February until a few days ago, really — that’s when we wrapped the last vocals, and now it’s out for mixing and mastering. It’s been crazy because we’ve gotten sick and lost our voices, arrangements have come in late — things never go as planned. So it’s going to be a testament to our resilience.

Jackson began the program with a recitation of Langston Hughes’ poem “Helen Keller” — the first of five poems by Hughes that served as interludes between each piece on the first half. END_OF_DOCUMENT_TOKEN_TO_BE_REPLACED

Pianos with pins and tape on strings, a bass drum and tam tam, crotales, Almglocken, and vibes. Microphones were hooked up all around the instruments. The feed was sent to speakers around the room. Lighting designer Nicholas Houfek hung incandescent globes over the arrangement of instruments from thin black wires stretching across the beams. END_OF_DOCUMENT_TOKEN_TO_BE_REPLACED

From the podium, Elim Chan set an ambitious tone for the evening. The rising star conductor, here in her Cleveland Orchestra debut, has a commanding style, and every twist and turn in Saturday’s performance tracked closely with her baton. END_OF_DOCUMENT_TOKEN_TO_BE_REPLACED