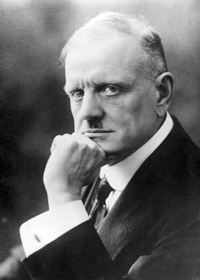 With December 8 marking the 150th anniversary of the birth of Finnish composer Jean Sibelius, many celebrations are being held in his honor. On Sunday, November 22 at 4:00 pm at St. Paul’s Episcopal Church, Cleveland Institute of Music faculty, alumni, and students will observe the occasion with a Jean Sibelius 150th Anniversary Concert.

“I grew up in a family with a lot of classical music playing in the house, including Sibelius, who was one of my parents’ favorite composers,” said Emily Stauch, who spearheaded the concert. “My mother would even clean the house while listening to Sibelius.”

Stauch’s fascination with Sibelius intensified while she was an exchange student in Sweden. “I became friends with a Finnish family and traveled to Finland with them. Experiencing the culture and hearing the language was an amazing and a very special time.”

It was while doing some research on Sibelius’s songs that Stauch got the idea for coordinating an anniversary concert. “I was doing some research at the Sibelius Academy in Helsinki a couple of years ago, collecting song by him as well as other Scandinavian composers, and I kept hearing about Sibelius’s 150th anniversary. I thought that I needed to put together a concert in honor of that, and when I returned that became my goal.”

Stauch said that she wanted the program to reflect the variety of music that Sibelius wrote — more than just the symphonies — as well as the composer’s depth of character. “A lot of people don’t know his songs or his chamber music. We’ll include his Piano Trio in D, “Loviisa,” which is one of his early works that shows his youthful sunny side. It reflects the days he spent at Loviisa — he named his trio’s after places, and this was a place he loved to stay in the summer with his family.” The program will also include his Five Pieces for violin and piano, which Stauch calls “such beautiful character pieces,” and his String Quartet “Voces Intimae.” 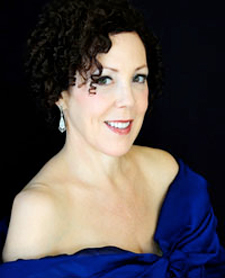 Sunday’s program will of course include some of Sibelius’s “famous” songs from his Op. 13 collection as well as a few from his Op. 37 collection. “He wrote nearly 100 songs. When I say they’re famous I don’t particularly mean that they are famous here, but in certain circles they are very well known. He began composing his songs quite early, but then put that genre aside, although he return to songwriting at the end of his composing life.”

There is so much music by Sibelius that is almost unknown, Stauch said, that hopefully this concert is the first of many more to come.