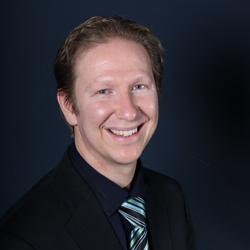 Cleveland—September 28, 2017. After serving as president and CEO of the Cleveland International Piano Competition since 2011, Pierre van der Westhuizen has announced his appointment as Director of the Irving S. Gilmore International Keyboard Festival and Awards in Kalamazoo, Michigan, beginning on January 2 of 2018.

“It has been a pleasure and a privilege to be a part of the CIPC family for these seven years,” van der Westhuizen said in a press statement released today.  “I’ve been touched by the most wondrous music, the most dedicated individuals, and the most generous and supportive patrons one could possibly hope for.  I extend my deepest thanks to all.”

During his tenure with the Cleveland Competition, the South African native redefined the competition from a single event to an arts organization that now includes a Young Artists competition, a concert series, and outreach programs under the banner of ArtsConnect. Current activities include competition performances, recitals by guest artists, recitals, lectures, master classes, films, chamber music, and orchestral performances.

Westhuizen has also transformed the Competition itself into a quadrennial event, while nearly doubling the revenue for the contest and more than doubling corporate investment in the 2017 Concert Series. Crain’s Cleveland Business named van der Westhuizen one of its “40 under 40” community leaders in 2014, and Musical America honored him as one of the “30 Music Professionals of the Year” for 2015.

A graduate of North-West University in Potchefstroom, South Africa, van der Westhuizen earned his Doctorate of Musical Arts in Piano Performance from the College-Conservatory of Music at the University of Cincinnati.  He and his wife Sophié previously held teaching posts in piano at Heidelberg University in Ohio, where they developed a piano competition and festival over their six-year tenure.

“Pierre did an amazing job taking this entire organization to a completely new level,” said Jill Goubeaux Clark, Chair of the CIPC Board of Directors.  “We are sorry to see him go, but wish him the very best in this exciting new chapter of his professional life.”

She added that a search is underway to fill the position.