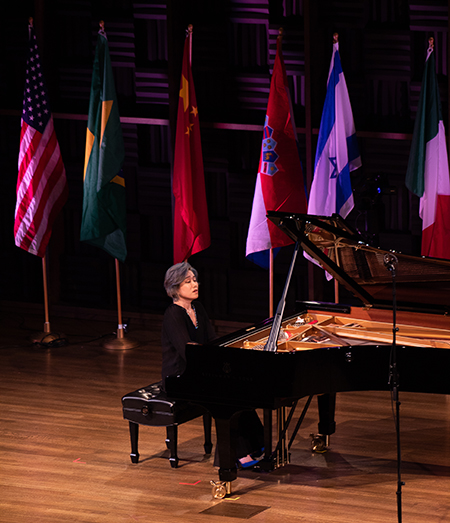 The playlists of the last two contestants in the Semifinal Round of the Cleveland International Piano Competition on Sunday afternoon at the Cleveland Museum of Art represented two markedly different approaches to programming.

28-year-old Croatian pianist Lovre Marušić, who serves as an Assistant Professor in the Piano Department at the Academy of Music in Zagreb, and is both Executive and Artistic Director of the Ostinato Chamber Music Festival in Croatia, brought a single, large work to the party — Robert Schumann’s Kreisleriana. It’s lengthy, and switches moods to reflect the composer’s dueling personalities.

Kim led off with two pieces by the Schumanns: Clara’s lyrical Notturno in F and Robert’s Arabeske in C, which the composer dangerously described as “delicate — for ladies.”

Looking at Kim’s proposed order, you had to wonder how Gottschalk’s The Union would work right in the middle of her program. In fact, it didn’t. The pianist relocated this medley of patriotic tunes surrounded by shameless garlands of froufrou to the end of the program, where it probably belonged in the first place. That sent the video crew scrambling to sort out the screen titles, and no doubt confused the audience as well. The correct slide for Mendelssohn’s Fantasy in f-sharp restored order in time to concentrate on that dramatic, three-movement work, originally titled “Scottish Sonata,” but which apparently predated the composer’s visits north.

Kim’s gregarious musical personality was reflected in her dynamics, and her Mendelssohn aspired to near-Lisztian proportions. Her most impactful playing came in Pierre Jalbert’s Toccata, which completed her set (she met the composer while studying at Rice). 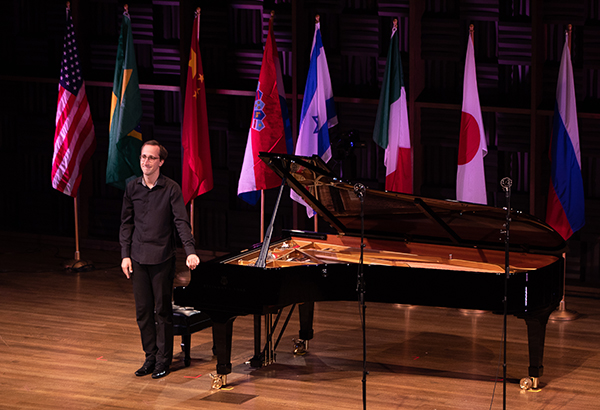 Marušić led off with a tiny appetizer, Domenico Scarlatti’s charming Sonata in E, K. 380, then made his confident way through Kreisleriana, a piece which can make some pianists lose their bearings. Visiting dynamics from sotto voce to full-handed fortissimo and drawing on a wide palette of colors, his playing remained lucid even as Schumann’s eight-movement fantasy about his conflicting inner personae explored the composer’s dreamier side. Two perfectly placed bass notes put the finishing touch on what Schumann regarded as his favorite piece.

Both pianists chose Bohemian Rhapsody as their required virtuosic arrangement. Kim’s version was weighty and substantial, Marušić’s festive and transparent. 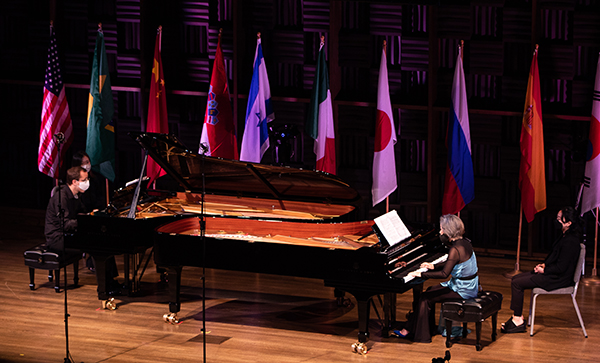 At the end of their shared program on Sunday, the two pianists — who were finalists in PianoCleveland’s Virtu(al)oso Competition last summer — came together in a bright reading of Mozart’s D-Major two-piano Sonata. If an ongoing conversation about tempo seemed to be taking place, Kim (who had accessorized with a long teal wraparound) and Marušić (in a white face mask contrasting with Kim’s black one) looked as though they were enjoying themselves running up and down their keyboards in Mozart’s cascading scales and runs.