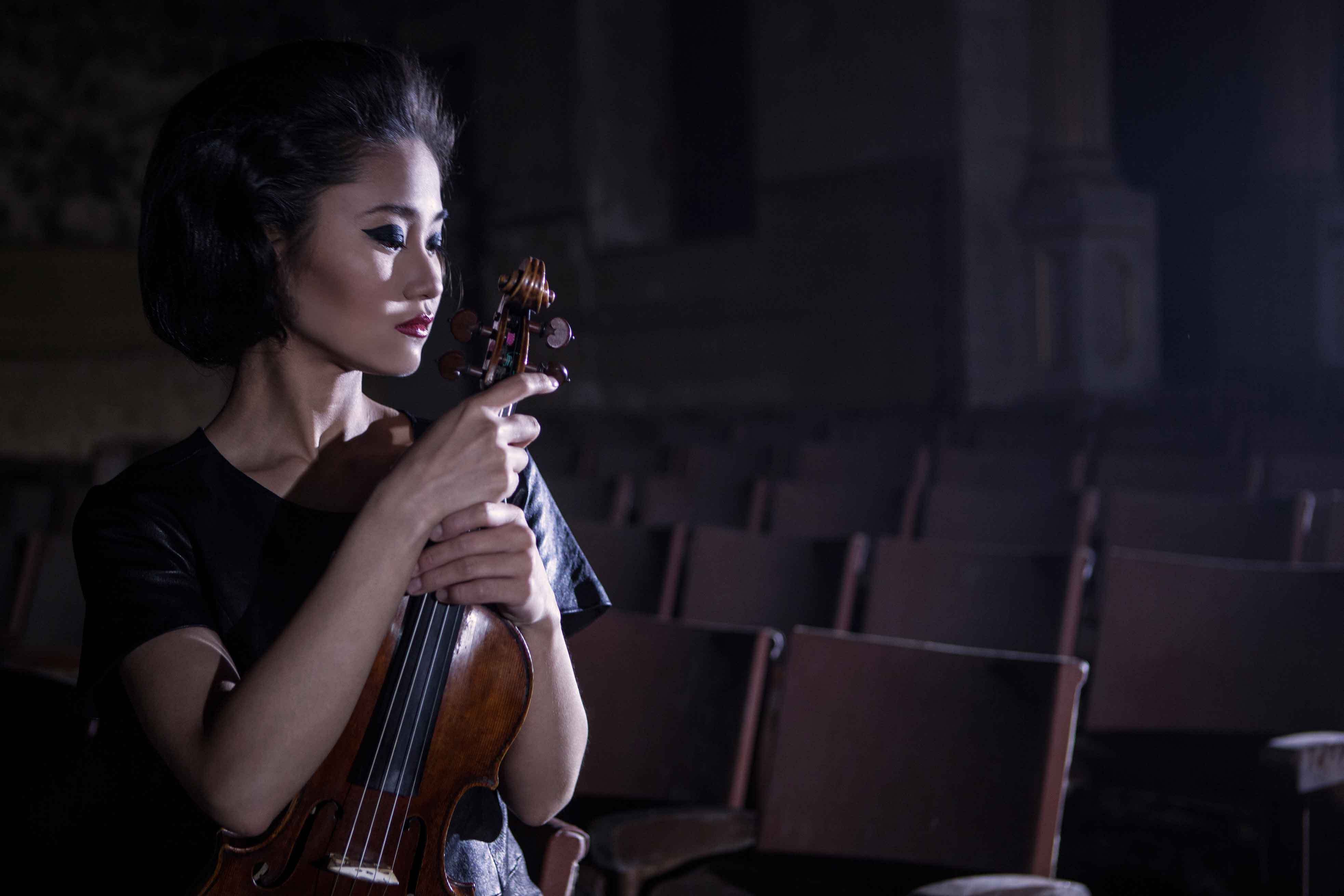 CityMusic Cleveland celebrated its 15th season with a powerful new piece by its music director Avner Dorman. His Third Violin Concerto was debuted in free concerts with soloist Sayaka Shoji in five different venues across the Cleveland area. I attended the fourth performance on Saturday, March 16 at the Shrine Church of St. Stanislaus in Slavic Village.

Now in his sixth season as music director, Avner Dorman is also an excellent and engaging composer. Able to create dramatic narrative arcs along with vivacious orchestral writing, he doesn’t shy away from the tonal resources of the past or refrain from reveling in dissonant flurries of sound. With the educational pedigree of a doctorate from Juilliard, he has built up an assured body of music that draws on minimalist soundscapes, Jewish musical traditions, and the attractive American academic style of his teacher John Corigliano.

His Violin Concerto No. 3, Still, takes meditation as its main metaphor. Shoji, who has previously performed concertos by Brahms and Tchaikovsky with CityMusic, at various points played havoc-ridden ascending scales, calm Baroque-quoting trilling melodies, a pained and craggy climactic line that would put Berg to shame, and what might be the longest open-G-string note in the repertoire.

Laid out in four continuous, broad sections, the work leads from a gorgeously clear opening that introduces old music references, through a vigorous storm of notes, throwing the violinist into the tailspin of a long, powerful cadenza that seeks to restore the calm. The orchestra then fights to dislodge the violinist from her low G, but those intrusive thoughts slowly disappear to the end.

It is possible to follow this well-crafted music as if struggling to meditate in a world of distractions and terrifying news. Dorman led an exciting and moving performance, and the orchestra played all the trills beautifully and handled their angry outbursts with precision in the boomy church. 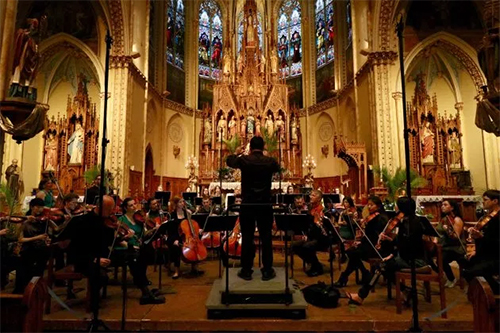 The concert opened with a lovely, tonal waltz by Tōru Takemitsu written for the 1966 Hiroshi Teshigahara film The Face of Another. CityMusic played this ersatz scenic music with a lovely romantic tinge.

And after intermission came one of Francis Poulenc’s few orchestral works: his Sinfonietta from 1947. This sprightly and melodically infectious four-movement work was well served by the orchestra, particularly in the songful tunes of the almost Brahmsian third movement, the opening one played to perfection by clarinetist Daniel Gilbert. The lively acoustics covered up some rhythmic problems in the faster movements, but the slow music throughout was wonderful. I have yet to hear CityMusic in a setting where the acoustics serve as an asset to this high-quality crew of freelancers. But this is the trade-off in bringing free concerts to different venues around town.

Northeast Ohio’s Les Délices has long been that rarest of beasts: a world-class organization so proud of its region (ours) and repertoire (distinct niches in pre-1800 music) that it never tries to be everything to everyone, paradoxically making a strong case for a broad, curious international following. In the December episode of its SalonEra series, the ensemble embraces its strengths and community to marvelous effect. END_OF_DOCUMENT_TOKEN_TO_BE_REPLACED

END_OF_DOCUMENT_TOKEN_TO_BE_REPLACED

Another I remember fondly is Gian Carlo Menotti’s Amahl and the Night Visitors.  Commissioned by NBC, the one act, made-for-television opera, premiered on December 24, 1951, at the network’s studios in New York’s Rockefeller Center. And now, through the wonders of technology, Cleveland Opera Theater has created a magical new production of the work which is available on demand through January 6, 2021 (Three Kings Day). END_OF_DOCUMENT_TOKEN_TO_BE_REPLACED

Jessen has now followed up with her second solo CD, Winter Chapel. Recorded on January 17, 2020 in Oberlin College’s Fairchild Chapel and available on Carrier Records, the album is a continuum in Jessen’s journey to push the musical boundaries of her instrument and herself as an improviser. END_OF_DOCUMENT_TOKEN_TO_BE_REPLACED