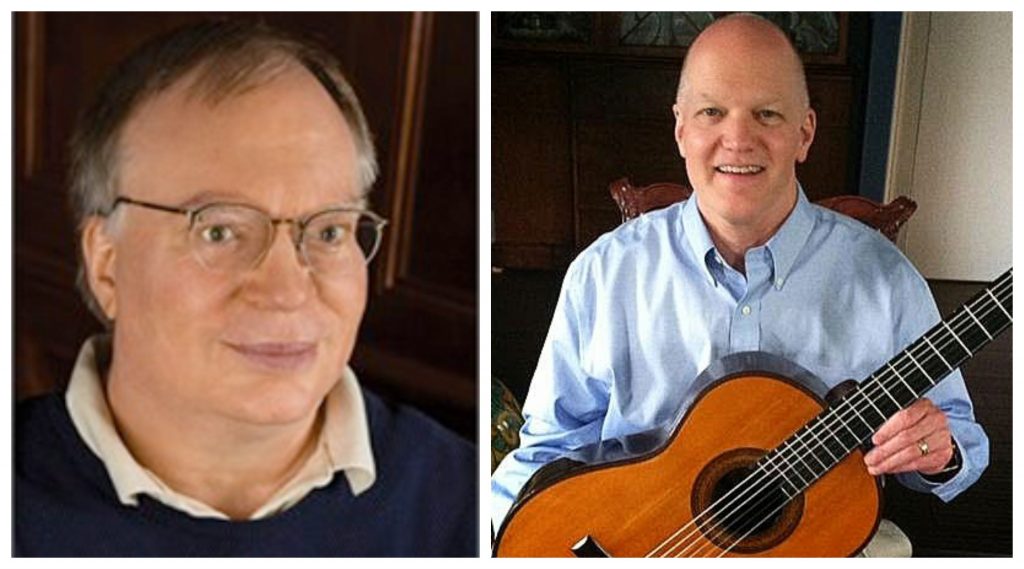 When COVID-19 crashed the party in March of 2020, it arrived just as musical organizations were putting final touches on their summer festival plans.

The famously disruptive pathogen caused the Cleveland International Classical Guitar Festival to make major alterations in its annual event at the Cleveland Institute of Music that June. What may look like the most practical solution — taking a whole festival online — poses problems of its own.

“Early on, and learning on the spot, we resorted to videos,” founder and artistic director Armin Kelly said during a recent phone conversation. “We were proud of what we were able to do on such short notice, but nothing beats the camaraderie of a live performance.”

Kelly vividly recalled the “sad” experience of one of the Festival’s first video performances. “We put the soloist all alone in a room. She was a real trooper, but there was no applause, no way for her to read the on-screen messages, no after-concert party. I felt so badly for her. She deserved much more.”

The return to live performances next week from June 2-5 as the Festival marks its 22nd anniversary allows Kelly to launch two new features of the event. (Details including the schedule of events and artist bios are to be found here).

“Four of the six concerts will be duos: the Colin Davin and Emily Levin guitar and harp duo, the Patrick Sutton and Kimberly Patterson guitar and cello duo, Duo Damiana — guitarist Dieter Hennings and flutist Molly Barth — and our old friends Duo Melis, the guitar duo,” he said. “These are dynamic groups that are commissioning new works, and transcribing and shedding new light on older compositions. Our festival is placing what I think is a unique emphasis on duos and ensembles.”

Even the guitar-only performances by Drew Henderson and Duo Melis will be a bit out of the ordinary. “Drew will play both six- and eight-string guitars, and Susana Prieto and Alexis Mousorakis of Duo Melis will perform on different kinds of classical guitars.” So will Czech guitarist Petra Poláčková, who plans to use both Viennese and modern guitars in her solo recital.

The other innovation will be holding the semifinal and final rounds of the James Stroud International Classical Guitar Competition during the Festival. “Jim had planned to hold his inaugural competition for young guitarists live at CIM in 2020, but the pandemic forced that contest online,” Kelly said. “This year, returning to the original plan, 14 semifinalists from around the country will play semifinal rounds on Friday, with the four finalists performing on Sunday as the last event of the Festival.”

Kelly said that he’s thrilled at the level of accomplishment and talent among the 13-17 year-olds who will be heard at CIM next weekend. “There were many applicants and they play at a very high standard. It’s going to be really exciting.”

Other elements of the 2022 festival include a series of master classes, some to be given by new presenters, and three lectures. “One will be by Petra Poláčková on musical phrasing and musicality, and another by composer Gordon Chase, who has written the set piece for the Stroud Competition,” Kelly said.

“The third will be by James Stroud himself about his journey in dealing with focal hand dystonia — how to avoid getting it in the first place and various therapies that are available. His twelve-year saga has recently included a brain operation that seems to have helped tremendously.”

One bittersweet development in 2022 is the recent announcement that Colin Davin, a longtime fixture in the Festival, will be moving on from CIM to become head of the guitar department at Shenandoah Conservatory in Virginia. “I’ve known Colin since he was ten and have watched him grow into a wonderful musician and human being,” Kelly said.

The day we spoke, Armin Kelly was putting the final touches on the 40-page Festival Program Book, a process he said left him a bit frazzled after a two-year hiatus. “I’ve felt rushed this year trying to remember how we did things.” Kelly, whose academic background is in English literature, wanted to give a special shout-out to Tom Poor, who supplies the elaborate program notes for the annual event. “There are not too many guitar festivals that provide such documentation — both interesting and scholarly. Tom’s probably tired of hearing me thank him, but I’ll thank him once more.”

END_OF_DOCUMENT_TOKEN_TO_BE_REPLACED

The strings-only work by Berg has made relatively frequent appearances on the Orchestra’s programs. In 2021, the musicians recorded it for the In Focus series, and it appeared again on last year’s European tour. Friday’s rendition maintained the group’s characteristic light and effortless playing, each section blending as much as possible to echo the work’s original form as a string quartet. At fifteen minutes total, the piece is quite short, but the dense encoded musical meanings require some extra-attentive listening. Splitting up the three movements ensured that each one could be appreciated on its own. END_OF_DOCUMENT_TOKEN_TO_BE_REPLACED