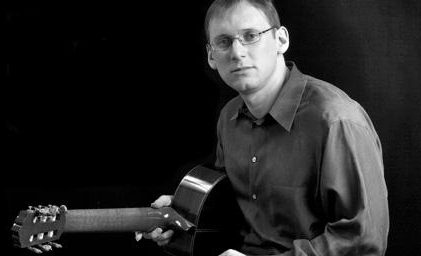 On Friday, May 28, Dan Lippel’s program on this year’s all-online Cleveland International Classical Guitar Festival will feature music by Johann Sebastian Bach played on a guitar tuned to a Baroque temperament. Most classical music fans know that Johann Sebastian Bach wrote a collection of preludes and fugues in all 24 keys called The Well-Tempered Clavier, but if asked to explain why he did that, many would get it wrong.

It’s not that the composer wanted to demonstrate the wisdom of tuning a keyboard instrument in such a way that a piece in G Major would sound just as in-tune if you transposed it to E-flat. That would describe equal temperament. Instead, Bach was referring to a tuning compromise: a “well temperament” where all keys are more or less acceptable to the ear, but each is different in character from the other.

During the Renaissance, instruments were usually tuned in “just intonation,” a system that produced a handful of beautifully in-tune keys, but things began to get ugly if you wanted to move very far away from C or F major. That’s when “the wolf” raised its ugly voice, forcing musicians to make a compromise between moving freely from key to key and enjoying perfect in-tuneness.

“It’s a relatively new area of interest for me over the last three or four years. But I’m hooked,” Lippel said in a recent telephone conversation. “It’s so fantastic to get into the subtleties of this. It was an idea I had back in graduate school. If there was a way to play Bach’s music in period temperaments, then individual keys would preserve their own affect, and modulation would become more significant.”

Lippel was, as he said, hooked, when he sat down at one point with John Schneider, “the Los Angeles guru of microtonal guitars. I tried an instrument he had set up in a tuning system called Kirnberger III. ‘Play some Bach,’ he said, ‘and see how it feels.”

It felt so good that Lippel began experimenting with guitar tuning. Not so simple a process, it turns out. “Equal temperament is the norm on the guitar, and to do things in other temperaments, you have to have a refretted instrument. The one I recorded a CD on has little hinges on every fret at every string. You can get in there with a screwdriver and move them incrementally so they reflect the thirds and fifths in a given temperament.”

The instrument Lippel is using for Armin Kelly’s series has a different system: interchangeable fretboards. “They’re connected by a magnet, and you can change them in an instant. I did a little intro video that we’ll show on Friday. Slide one out, slide another one in. I have one that has 19 semitones to the octave. It’s like going down the ultimate rabbit hole.”

Having worked for decades with a Dutch pipe organ tuned in Werckmeister III — the system Lippel is using on Friday — I was able to trade some experiences with the guitarist. My demo piece to show off the beauties of that well-temperament to listeners was a transcription of Samuel Barber’s Adagio for Strings that begins with a restless E-flat major seventh chord that resolves into a calm F-major chord and makes you feel like you’re sinking luxuriously into a featherbed. You can’t get that effect in equal temperament.

Lippel said that when he demonstrates “well” temperaments to listeners, he gets mixed results. Either they don’t produce much of a reaction or they’re regarded as mind-blowing — especially by wind players.

He’s become much more aware of when a temperament is creating extra tension or resolution, and that helps him frame the content of a piece. “Even if the differences are subtle, playing in historical temperaments gets you to listen to the finer gradations.”

Lippel’s program begins with Bach’s Lautenwerk Suite, BWV 997 and concludes with Mirrored Spaces, a work he co-wrote with another alum of the Cleveland Institute of Music. Connect here with the free stream on Friday at 7:30 pm.

Published on ClevelandClassical.com May 26, 2021.

Based on recent events, its new designation might well be “Chamber Music Way” in honor of the fine performances that are taking place this month at Gilmour Academy in Gates Mills and The Grove Amphitheatre in Mayfield, courtesy of ENCORE Chamber Music Institute and ChamberFest Cleveland, respectively. In addition to the distinction of presenting some of the first in-person performances to come onto the calendar since the pandemic, both organizations were making their debuts in new venues. END_OF_DOCUMENT_TOKEN_TO_BE_REPLACED

On Sunday, June 6, Cleveland piano fans got an opportunity to hear Kohlberg himself in a short solo recital that formed the coda to Music From The Western Reserve’s online concert series. END_OF_DOCUMENT_TOKEN_TO_BE_REPLACED

END_OF_DOCUMENT_TOKEN_TO_BE_REPLACED

This year the majority of the concerts are being held at a single location, the magnificent Grove Amphitheatre in Mayfield. Although the venue has no permanent seating, lawn chairs and blankets are the perfect solution. Picnics are encouraged and the responsible consumption of alcohol is permitted. Think Blossom Music Center on a smaller scale and you’ll get the picture. END_OF_DOCUMENT_TOKEN_TO_BE_REPLACED

The series opener, “Legends,” celebrated the return of in-person concerts with music by Antonín Dvořák, Enrique Granados, Paul Wiancko, and Franz Schubert. The musicians displayed the wide range of expression and color, enchanting communication, and technical brilliance that chamber music can provide. END_OF_DOCUMENT_TOKEN_TO_BE_REPLACED

Music director Franz Welser-Möst set the stage in his introductory video remarks, describing the Berg era as “the ‘Roaring 20s’ aftershock of World War I, a blooming of musical styles never experienced before or since.” END_OF_DOCUMENT_TOKEN_TO_BE_REPLACED