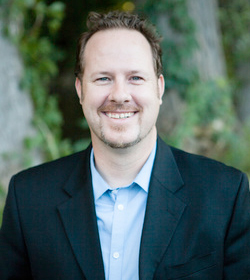 Directed by Scott Skiba, performances will take place at the Cleveland Masonic Auditorium in MidTown on Friday, April 28 at 7:30 pm and Sunday, April 30 at 3:00 pm. Domenico Boyagian will conduct the Cleveland Opera Theater Orchestra and cast, which includes Christopher Holmes as Figaro, Marian Vogel as Susanna, Brian Keith Johnson as Count Almaviva, and Rachel Copeland as Countess Rosina. The opera will be sung in Italian with English supertitles.

A mainstay of the repertoire, The Marriage of Figaro is the first of Mozart’s collaborations with librettist Lorenzo Da Ponte. The plot is filled with mistaken identity, surprise paternity, and intrigue, as the servants Figaro and Susanna triumph in marriage while comically thwarting the attempts of the philandering Count Almaviva to seduce Susanna.

“I’ve sung the role of the Count a couple of times, but this is my first Figaro,” Holmes said during a recent telephone conversation. “He’s a good-natured fellow, and although he’s motivated by money and other worldly things, there’s something about him that is virtuous.”

Based on a comedy by Pierre Beaumarchais, the opera is a social commentary about the lower versus the upper class. “As good-natured as Figaro is, he hasn’t been treated well by the Count,” Holmes said. “In the beginning of the opera, he understands that the Count is trying to seduce Susanna. But then he thinks, ‘OK, I can play that game too. I can be just as clever and cunning as the Count.’” 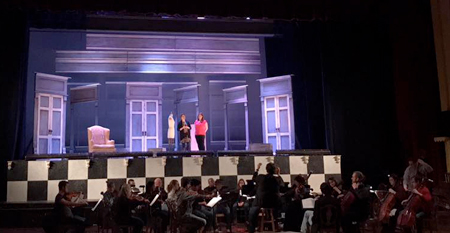 Holmes said that it is the combination of comedy — servants outsmarting the aristocracy —  and great music that makes The Marriage of Figaro as popular with audiences as it is with performers. “With all the twists and turns of the plot and music — especially during the Finale of Act II — you just don’t know what is going to happen next.”

The production will be presented in period setting, an aspect that Holmes finds fun. “I think audiences like that, and it does make it a little more relatable. Scott’s all about bringing out the theatrical side of opera, and Mozart, especially Figaro, is perfect for that approach. Of course, you need to serve the music, and I think he’s doing a great job of making it physical and entertaining while staying true to the score.”

The baritone said that he is enjoying his first experience working with Skiba, noting that the director gives the cast room to bring their own takes on their characters to the production. “It’s interesting because Scott will give some general ideas during staging rehearsals, and then say, ‘Let’s just play around with it.’ He’ll watch what you do, then offer suggestions, so it becomes a collaborative effort. And that makes it even more enjoyable.”

Holmes is also having fun working with the rest of the cast. “Everyone is new to me but it’s been great getting to know them. I remember meeting Jason Budd, who’s singing Don Bartolo, at a competition way back when. One of the great things about this business is, you work with people so intensely for a short period of time, then you walk away lifelong friends.”

END_OF_DOCUMENT_TOKEN_TO_BE_REPLACED

Rodgers & Hammerstein’s Cinderella was originally produced for television in 1957 — seven years after the animated Disney film was released — and starred Julie Andrews. According to the Rodgers & Hammerstein website, it was viewed by over 100 million people. END_OF_DOCUMENT_TOKEN_TO_BE_REPLACED

The story line has its origin in an 1855 play and an 1842 farce that Thornton Wilder mined for his 1938 play The Merchant of Yonkers. When that turned out to be a flop, in 1954 Wilder made the crucial decision to re-center the show around the character of the legendary marriage broker Dolly Gallagher Levi and renamed it The Matchmaker. END_OF_DOCUMENT_TOKEN_TO_BE_REPLACED

The Dodero Center for the Performing Arts at the Gilmore Academy in Gates Mills is one feature of an impressive campus. The auditorium is shallow, the stage is deep, and the ensemble played without a shell. Throughout the program, the sound, especially in instruments’ lower registers, tended to disappear. END_OF_DOCUMENT_TOKEN_TO_BE_REPLACED