The Festival will also include an American Futures Residency by composers Jake Heggie and Griffin Candey, and soprano Ann Moss. “We started putting the plans for this together during the first {NOW} Festival,” Skiba noted. “The residency will allow us to bring these three exceptional artists to the BW campus to work and collaborate with Conservatory students.”

Skiba said that the {NOW} Festival is “esoteric within an esoteric art form,” but it  gives Cleveland Opera Theater “an opportunity to address topics that are socially important, as well as the ability to be a bit more nimble and innovative with our programming.”

Everything will kick off on Monday, February 4 at 7:30 pm in Wilder Main Lounge on the Oberlin College campus with an Oberlin Winter Term Opera performance of Missy Mazzoli’s Proving Up. Directed by Christopher Mirto, the opera tells a haunting tale of a family’s pursuit of the American Dream in the shadow of Civil War Nebraska. Cleveland Opera Theater will host a post-performance talkback and reception with Missy Mazzoli and librettist Royce Vavrek. Click here to read a preview. The evening is free but tickets are required. 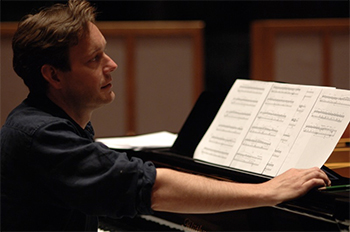 On Wednesday, February 6 at 7:00 pm in BW’s Gamble Auditorium, Soo Han will lead the BW Symphony Orchestra and soprano Ann Moss in the U.S. orchestral premiere of Jake Heggie’s Newer Every Day: Songs for Kiri on poetry by Emily Dickinson. The program will also include competition winner Caleb Slabaugh in Ferdinand David’s Concertino for trombone and orchestra, and  Brahms’ Symphony No. 2.

“Beginning at 6:00 pm we’ll be working with Prizm Magazine to launch our LGBTQ affinity group during a meet-and-greet with Jake,” Skiba said.  Click here for more information. 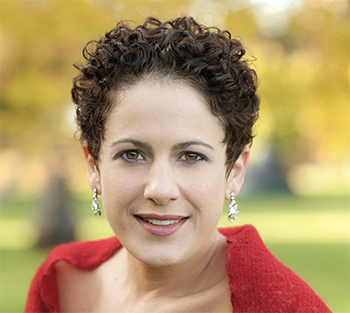 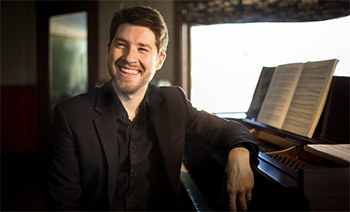 {NOW} Festival will continue its partnership with the Cleveland Composers Guild on Saturday February 9 at 8:00 pm in Fynes Hall. The performance will feature excerpts from Margi Griebling-Haigh’s The White Trout, Ryan Charles Ramer’s The Divorce Box, Jeffrey Quick’s Little White Hen, and Robert Rollin’s The Only Jealousy of Emer.

Coal Creek, a new opera in development by Dawn Sonntag will have its first public hearing on Sunday, February 10 at 4:00 pm in Gamble Auditorium. Directed by Scott Skiba, Dean Buck will conduct a staged workshop performance of scenes from Acts I and III with chamber ensemble. The run time is approximately 60 minutes including introduction and audience talk-back session.

The {NOW} Festival will conclude at 8:00 pm Sunday evening in Fynes Hall with Bowling Green State University’s MicroOpera. Composed, directed, performed and  produced by BGSU students, the program will feature Jon-Luke Martin’s The Bizarre but True Story of the Rusty Hammer Donut, excerpts from Adam Har-zvi’s The Wanderer, the Guide, and the Beasts of the Mind, Jesse Diener’s Bennett’s Need, and Nadine Foley’s Stream of Consciousness.

END_OF_DOCUMENT_TOKEN_TO_BE_REPLACED

Rodgers & Hammerstein’s Cinderella was originally produced for television in 1957 — seven years after the animated Disney film was released — and starred Julie Andrews. According to the Rodgers & Hammerstein website, it was viewed by over 100 million people. END_OF_DOCUMENT_TOKEN_TO_BE_REPLACED

The story line has its origin in an 1855 play and an 1842 farce that Thornton Wilder mined for his 1938 play The Merchant of Yonkers. When that turned out to be a flop, in 1954 Wilder made the crucial decision to re-center the show around the character of the legendary marriage broker Dolly Gallagher Levi and renamed it The Matchmaker. END_OF_DOCUMENT_TOKEN_TO_BE_REPLACED

The Dodero Center for the Performing Arts at the Gilmore Academy in Gates Mills is one feature of an impressive campus. The auditorium is shallow, the stage is deep, and the ensemble played without a shell. Throughout the program, the sound, especially in instruments’ lower registers, tended to disappear. END_OF_DOCUMENT_TOKEN_TO_BE_REPLACED